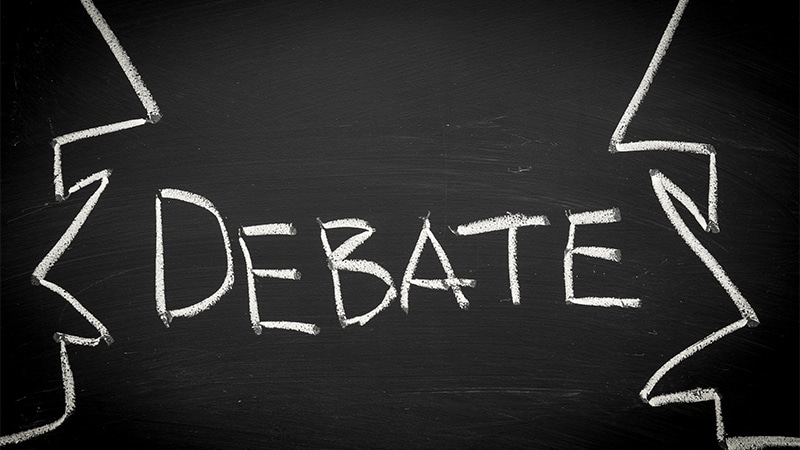 The concept of type 2 diabetes “remission” was recently defined by professional societies and was discussed as a worthy goal of treatment, but there is no consensus yet on how best to achieve it.

At the recent International Diabetes Federation (IDF) 2022 Meeting, the subject was discussed during a “hot topics” debate in which one expert discussed how lifestyle changes can best achieve this goal while another argued that bariatric surgery is a better option.

There are different definitions of “remission” for type 2 diabetes. A commonly used one, from the American Diabetes Association, defines it as maintaining A1c levels at <6.5% for at least 3 months without the use of glucose-lowering medication.

Lifestyle: Effective if Done Intensively, and Safer Than Surgery

Shamanna began by acknowledging that randomized controlled trials typically favor bariatric surgery for diabetes remission over nonsurgical therapy for patients with type 2 diabetes and obesity, as was shown in a recent meta-analysis.

However, he pointed out that in many of the trials, the nonsurgical treatments that were included for comparison were based on those in the Look AHEAD or Why W AIT studies.

However, an umbrella review published in 2022 in Diabetologia showed that more than half of participants were able to achieve and maintain diabetes remission at 1 year using very-low-calorie (about 800-calorie) meal replacements. One study in particular, DIADEM-1, which was published in 2020, showed a “remarkable” diabetes remission rate of 61% following an average weight loss of 12 kg (26.4 lb), Shamanna said.

And the DiRECT trial, which utilized an 800-calorie liquid diet followed by slow reintroduction of food, yielded a 46% diabetes remission rate with an average weight loss of 10 kg (22 lb). Among those who lost 10 kg or more weight, 73% experienced remission at 12 months.

“This is equal to any bariatric surgery study, or even better,” he commented.

In contrast, in the Look AHEAD and Why WAIT trials, remission rates were just 11.5% and 3.2%, respectively.

“Those are not a really good comparison. Most of the trials used as comparisons with bariatric surgery have very low remission rates, when in fact we should be using the DIDEM-1 or DiRECT program,” he said.

Using Look AHEAD or Why WAIT “is like comparing a heavyweight champion of boxing with a strawweight guy. It’s born to fail,” Shamanna quipped.

Moreover, Shamanna pointed out that bariatric surgery also involves altering diet. People who undergo the procedures usually must follow a low-calorie diet in the presurgery period in order to reduce liver volume. Afterward, they must follow a liquid diet, then a diet consisting of mashed and soft food for up to a month, and then a lifelong diet after that.

At least one study has provided evidence that the diet, rather than the surgery, may be responsible for the improved glycemia in the immediate postsurgical period. “We need to look more carefully whether the caloric restriction is playing a bigger role in the outcomes of bariatric surgery,” Shammana said.

He summarized the list of adverse effects associated with bariatric surgery, which include a mortality rate from 0.1% to 1.1%, major complications in 2% to 6% of patients, and somewhat higher rates of malabsorption, anemia, dumping syndrome, hypoglycemia, and psychiatric disorders. There’s also a relatively high relapse rate ― 33% at 5 years with Roux-en-Y gastric bypass and 42% with sleeve gastrectomy ― and a reduction in cardiorespiratory fitness.

What’s more, he noted, no reduction was seen in healthcare costs 6 years post surgery in one study, whereas in the DiRECT trial, there was a clear reduction in cost.

“We need studies that compare the efficacy and safety of these procedures with that of truly intensive lifestyle intervention like the DiRECT trial, not just standard practice, and we need a true cost-benefit analysis,” he concluded.

Ultimately, though, “Millions of people ask for diabetes remission, and lifestyle is the only scalable solution.”

Makkar started by noting that the concept of type 2 diabetes remission with bariatric surgery dates back several decades. In an article published in 2015 in which researchers reviewed three meta-analyses, type 2 diabetes remission rates among patients with body mass index of <35 kg/m2 ranged from 55% (29 studies) to 85% (16 studies) with follow-ups between 6 months and 18 years, using different bariatric procedures. All but one of these studies showed that bariatric surgery was statistically superior to conventional therapy, which in some studies included intensive lifestyle intervention.

And in five large randomized controlled clinical trials conducted between 2006 and 2013 with follow-up of 1 or 2 years, the type 2 diabetes remission rate ranged from 39.4% to 93%, compared with 0% to 46.7% with conventional treatment.

He concluded: “Bariatric surgery showed us that diabetes remission can happen. There are 30 years of data supporting bariatric surgery and remission of diabetes. We have observational studies, we have randomized controlled trials, and we have meta-analyses. What do we have for lifestyle intervention? Only the DiRECT Trial, with 2 years of follow-up. What next? We don’t know.”

Shamanna is an employee of Twin Health. Makkar has disclosed no relevant financial relationships..

Miriam E. Tucker is a freelance journalist based in the Washington DC area. She is a regular contributor to Medscape, with other work appearing in the Washington Post, NPR’s Shots blog, and Diabetes Forecast magazine. She is on Twitter @MiriamETucker.