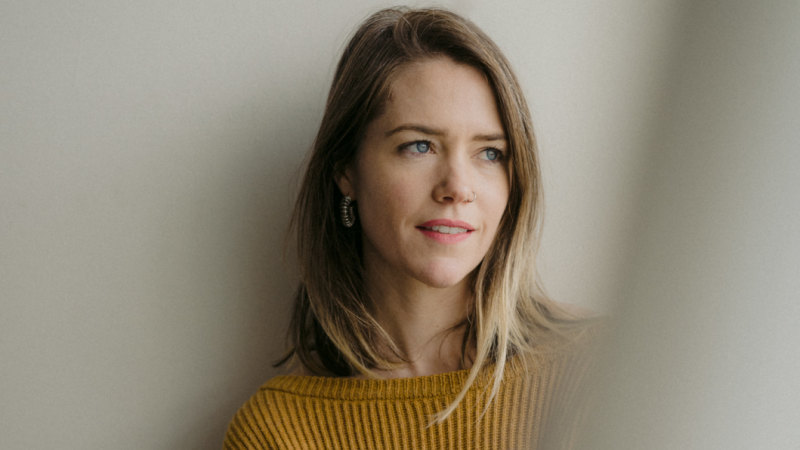 Kate Disher-Quill recalls vividly the shame she felt as a 10-year-old as she was fitted with her first pair of hearing aids for moderate hearing loss. “Even at such a young age, I knew that they represented something negative,” says the 32-year-old.

“My mother was really upset, which I saw as a reflection of something in me that was wrong. I remember thinking it was an issue that I associated with older people. Noone showed me images of someone my age.” 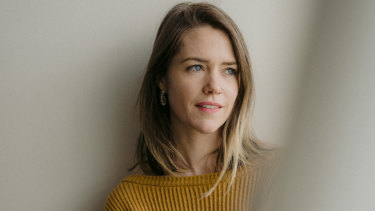 For the next 16 years, those feelings prevented Ms Disher-Quill from wearing hearing aids outside of classrooms. Despite missing punchlines of jokes and worrying that people might think she was ignoring them, the embarrassment about her “deficiency” and the fear of judgement was greater than the possible benefit of improved hearing.

Speaking in National Week of Deaf People, Disher-Quill is not alone in her experience. Hearing loss is common, affecting one in six Australians. Research shows the stigma of feeling “handicapped”, “impaired” or “disabled” prevents many of those people from seeking help for hearing loss or from wearing their hearing aids.

Many young people who don't grow up around peers with hearing loss lack confidence and self-esteem because they are not “like” those around them, says Kyle Miers, chief executive of Deaf Australia.

Miers says he still does not use hearing aids because he feels people look at him “funny”. “It is important for us to work with deaf youth to have an identity of being deaf so that they can feel good about themselves and be able to seek support when they can and want,” he says.

I didn’t know the one thing I needed all those years was a photograph and a story of someone just like me.

For Kate Disher-Quill, it wasn’t until she was 26 and stumbled across a magazine article written by a deaf woman who was just one year older that the perception around deafness changed.

“It was the first time I’d ever read anything about a young person with hearing loss and I just broke down in tears,” she recalls. “I didn’t know the one thing I needed all those years was a photograph and a story of someone just like me.”

The article inspired her to create Earshot, a book of visual imagery published in March, capturing and sharing the experiences of other young people with hearing loss. It helped her experience “a full 180” in terms of her perception of hearing loss.

And though there is “a lot more discussion about diversity” than when she was growing up, Disher-Quill still believes the focus remains on “hiding” hearing loss.

She believes making hearing aids more of an “accessory” people can customise, much like glasses for the visually impaired, would lead to greater inclusivity and acceptance.

“It's shifting from a device that represents a negative aspect of yourself to one that is desirable, wearable,” she says.  She would also like to see sign language universally encouraged, as is the theme for the 2019 National Week of Deaf People. Parents are often told their deaf children can be “normal” now with hearing aids.

“But, they actually have a huge difference,” Disher-Quill says, adding that sign language is a positive addition to communication skills. “You can learn sign language and have a visual language on top of spoken language; there is a bilingual approach.”

Miers agrees: “We should celebrate these languages as a right for everyone,” says Miers. Today, the government invests $883 million a year for hearing services, but Miers adds, “none is for sign language,” he says.

While speech and listening skills are important, he points out that speech is not the same thing as language and a deaf child is still deaf: “What they hear with hearing aids and cochlear implants is not the same as what a hearing child naturally hears.”

Kate Disher-Quill hopes speaking out and being heard on the topic of deafness will help de-stigmatise it for other young people. “Now I feel like … I can contribute to changing perspectives so I feel quite proud of it,” says Disher-Quill, whose hearing loss has progressed from moderate to severe. “It’s not something that I fear.

“Deafness is incredibly diverse. We shouldn’t be afraid to reveal our differences.”

Related posts:
24/09/2019 Health News Comments Off on ‘All I needed was a photograph and a story about someone just like me’
Categories
Recent Posts
We and our partners use cookies on this site to improve our service, perform analytics, personalize advertising, measure advertising performance, and remember website preferences.Ok