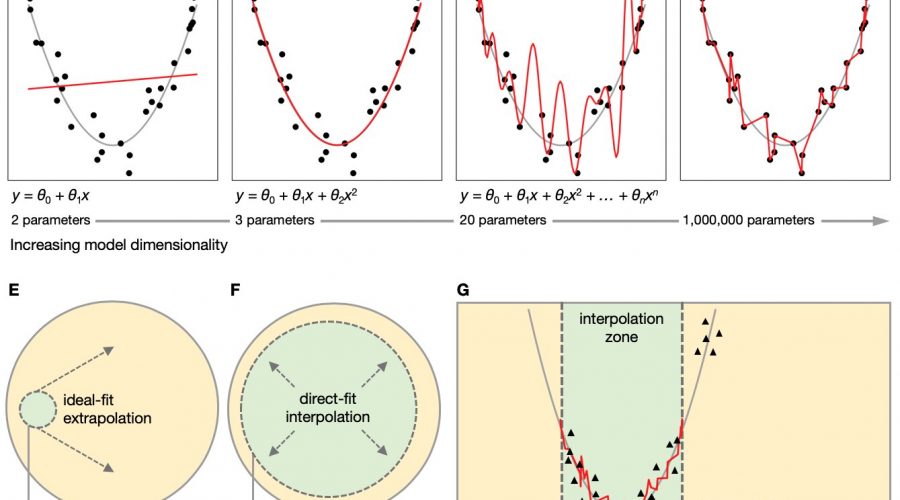 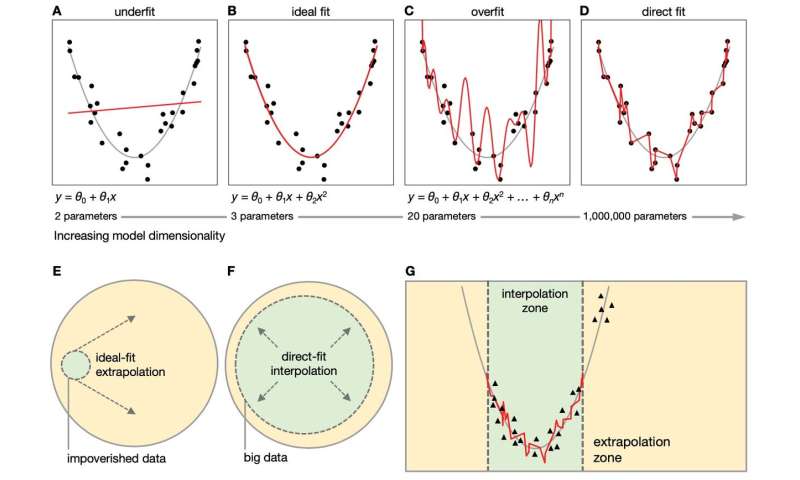 Evolution, the process by which living organisms adapt to their surrounding environment over time, has been widely studied over the years. As first hypothesized by Darwin in the mid 1800s, research evidence suggests that most biological species, including humans, continuously adapt to new environmental circumstances and that this ultimately enables their survival.

“This project originates from the puzzle of why modern deep neural networks excel—and learn to be as good, if not better, than humans—in many complex cognitive tasks,” Uri Hasson and Sam Nastase, the primary authors of the paper, told Medical Xpress. “This puzzle drew our attention to the similarities as well as differences between artificial and biological neural networks.”

While quite a few psychology and neuroscience researchers have tried to better understand the structure and functioning of deep neural networks, many have found them hard or impossible to interpret, due to their sheer complexity. Hasson, Nastase and their colleague Ariel Goldstein wanted to show that trying to describe complex neural networks inspired by those in the brain using simple and intuitive representations may be highly challenging and unrealistic.

“We argue that both artificial neural networks and biological neural networks aim to guide action in the real world,” Hasson and Nastase explained. “Scientists try to understand the underlying structure of the world, but neural networks learn a direct mapping from useful elements of the world to useful behaviors (or outputs). They don’t construct ideal or intuitive models of the world—rather, they use an overabundance of parameters (e.g., connection weights or synapses) to reflect whatever task-relevant structure is out in the world.” 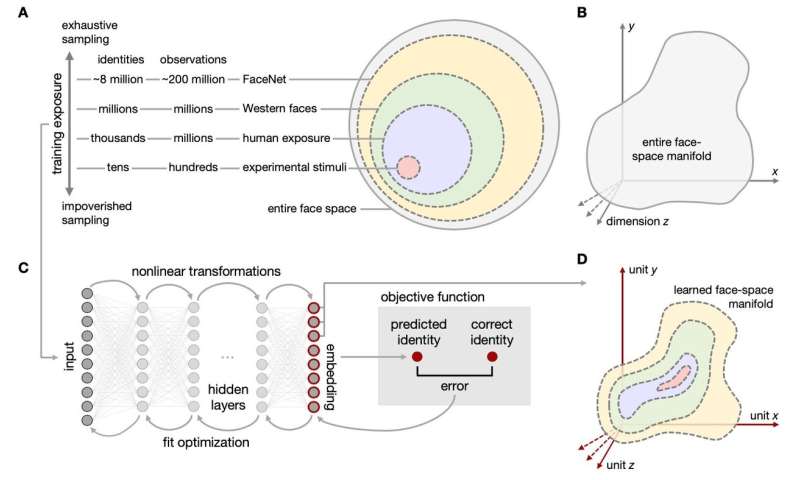 In their paper, the researchers essentially propose that models based on artificial neural networks do not learn rules or representations of the world around them that are easy for humans to interpret. On the contrary, they typically use local computations to analyze different aspects of data in a high-dimensional parameter space.

To explain their reasoning further, the Hasson, Nastase and Goldstein used two simple examples of existing neural networks. In their paper, they describe how these two networks learn to interpolate different data they encountered and their features without learning ideal ‘rules’ for generalization. They then draw an analogy between the ‘mindless’ optimization-based learning strategies employed by artificial neural networks and the ‘blind’ adaptation of species, including humans, over several years of biological evolution.

“We argue that similarities between the brain and artificial neural networks may undermine some standard practices in experimental neuroscience,” Hasson and Nastase said. “More specifically, we suggest that the tradition of using tightly controlled experimental manipulations to probe the brain for simple, intuitive responses may be misleading. On the other hand, we suspect that artificial neural networks will benefit tremendously from the development of more ecological objective functions (i.e., goals).”

The theoretical analyses carried out by this team of researchers could have numerous interesting implications for future psychology and neuroscience research, particularly for studies aimed at better understanding artificial neural networks. Notably, their findings highlight the need for a change in the methods generally used to investigate the human brain, as well as new computational architectures inspired by it.

Essentially, Nasson, Nastase and Goldstein feel that the use of contrived experimental manipulations with the hope of uncovering simple rules or representations is unlikely to yield models that can be effectively applied to the real world. In contrast, mindless fitting of big data to big models is likely to provide the brain with the needed biases to act and predict phenomena in the real world. Such blind optimization, like evolutionary theory, may be far better suited for the brain, as it is a relatively simple and yet powerful way of guiding learning of different real-world phenomena.

Related posts:
24/02/2020 Health News Comments Off on A perspective on the study of artificial and biological neural networks
Categories
Recent Posts
We and our partners use cookies on this site to improve our service, perform analytics, personalize advertising, measure advertising performance, and remember website preferences.Ok