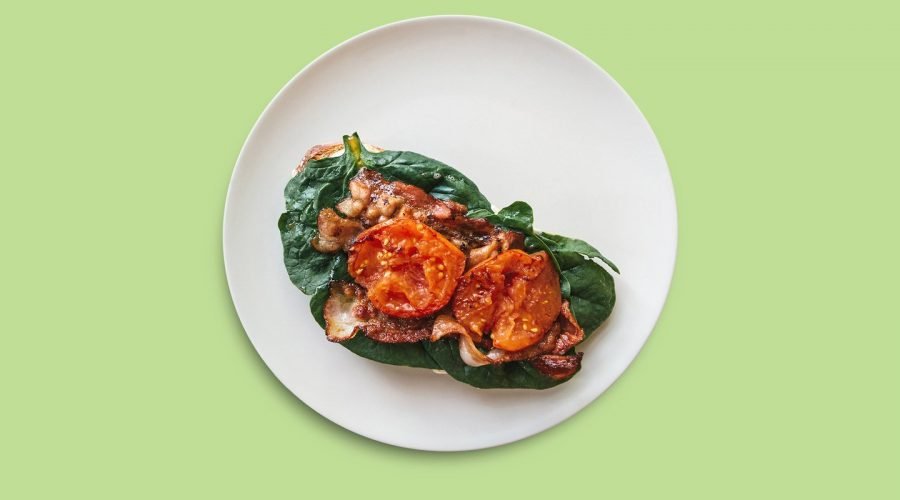 Sure, Halle Berry makes the keto diet look like a damn breeze (those abs ?). So why the heck aren’t you losing weight on keto? You’ve cut down on carbs and loaded up on bacon, cheese, and avocados, but the scale still isn’t moving—what gives?

The keto diet is short for “ketogenic diet,” and the main goal is to limit how many carbs you’re consuming, while also increasing your fat intake. By doing this, you can send your body into a state known as ketosis, which is when it burns fat as a form of energy, explains Scott Keatley, RD, of Keatley Medical Nutrition Therapy.

While keto diet macros can vary from person to person, Keatley says following this general formula should get most people into ketosis:

But even if you follow these guidelines to a T, there’s still a chance you might not lose as much weight as you expected on the keto diet for a variety of reasons, including:

1. You’re eating too many calories…

Yes, the keto diet lets you have meat, cheese, and butter—but that doesn’t mean you can eat as much of it as you want. “Getting in more calories than your body requires from food can hinder weight-loss efforts no matter the type of food eaten or ratio of foods,” says Rahaf Al Bochi, RD, owner of Olive Tree Nutrition and spokesperson for the Academy of Nutrition and Dietetics.

Basically, the keto diet is still a diet, and losing weight typically happens when there’s a calorie deficit (1,200 to 1,500 calories a day is the sweet spot for weight loss)—so go ahead and cut carbs to under 50 grams a day and up your fat—but if you want to lose weight, make sure you’re keeping an eye on calories, too.

2. …or you’re not eating enough calories.

The keto diet might take away your appetite for a while when you first start it. “Ketones can help take away hunger initially, but this effect can wear off with time,” says Sonya Angelone, RDN, spokesperson for the Academy of Nutrition and Dietetics.

That could translate into not eating enough calories—and when that happens, your body can go into starvation mode, slowing down your metabolism and hindering your weight-loss efforts. This lack of appetite should go away within a few weeks, but if you’ve been on the keto diet for a while and you’re still not feeling hungry, it might be time to switch diets or talk to an RD about modifying your keto attempt.

3. You stopped going to the gym.

The keto flu is real, guys—and it might make you skip the gym…over and over again. “When you start the keto diet, you will likely feel irritable, moody, and fatigued since the brain doesn’t have its main source of fuel from glucose—a.k.a carbohydrates,” says Angelone.

That lethargic feeling can make working out the last thing you want to (or can) do—which can then hinder your attempts at weight loss (movement plus a healthy diet is key to dropping pounds).

If you want to get back to working out, it might be a good idea to try keto cycling—you follow a strict keto diet on the days you don’t exercise, and give your body a few more carbs on days you do work out for an extra burst of energy.

Since the keto diet focuses on a super low-carb lifestyle, you might not be eating as much fibre as you were before. (There’s tons of fibre in fruits and whole grains—two things you can’t have much of on keto.)

“Fiber is essential to help regulate hunger and fullness cues, and to provide long-lasting energy and a steady blood-glucose level,” says Angelone. “A low-fibre diet is less satisfying, which can lead to overeating later.”

Another thing about a low-fibre diet: You might be messing with your gut bacteria. “Diets lower in fibre will have a lower diversity of good bacteria, which can also contribute to weight gain,” says Angelone.

5. You’re still eating too many carbs.

The ratios of the keto diet are super important: Most people should stick to eating no more than 20 to 50 grams of carbs per day, says Al Bochi.

But here’s the thing: “Many people might not realize how many carbs are in common foods,” says Al Bochi—which is why it’s very important to track your daily intake. If you end up eating too many carbs on the keto diet, you may never get into ketosis, which can hinder your weight loss, adds Al Bochi.

6. You’re eating too much protein.

Those keto macros come into play again here, too. “When our body digests protein, a small percentage is converted to glucose,” says Al Bochi, which can then hinder your body’s ability to go into ketosis, she adds (glucose is a sugar, which is a carb).

Instead of using the keto diet as a free pass to eat as much steak and bacon as you’d like, keep in mind that your primary focus on keto is eating healthy fats (avocado, olive oil, nut butters). So cut back on the protein a bit and make sure to have some form of healthy fat with every meal.

Let’s be real: The keto diet is really hard to stick to—but if you’re constantly doing keto for a few days and then quitting it for a few days, you’re probably not getting the results you want, says Al Bochi.

That’s because your body might be going in and out of ketosis—so it’s never in it long enough to show you any results. If you’re struggling on keto, ease up on yourself a little—and ease into the diet. Starting slow (gradually restricting carbs until you get to that 20 to 50 grams a day range) can help you stick with the diet for a longer term.

8. You’re not getting enough B vitamins.

“B vitamins are found in whole grains,” says Angelone—and lacking them can make you feel tired, which can then limit your activity, and your weight loss.

Luckily, you can still get plenty of B vitamins from keto-friendly foods like meats, eggs and dairy products, and dark, leafy vegetables like broccoli and spinach. If you’re still feeling lethargic, talk to your doctor about taking a B vitamin supplement to boost your levels.

9. You’re snacking too much.

Snacks are great and all, but if you’re constantly snacking, it’s easier to go over your caloric goal for the day.

If you end up doing that, “even though you’re in ketosis, that will be stored as fat,” Keatley says. If you suspect this is tripping you up, try limiting yourself to just one snack a day and make sure you factor that in when you’re looking at the overall calories you consume for the day.

Sure, you’re probably drinking some water (after all, you need to stay alive and all), but not getting enough water can stall any weight-loss efforts—even ones that aren’t keto-specific, since staying hydrated can help curb snacking, which can lead to weight gain (or at least zero weight lost).

The Institute of Medicine of the National Academies suggests most people have a total water goal (including all beverages and food) of 2.7 litres for women and 3.7 litres for men each day. Most people don’t even get that, so strive to at least hit that every day and see where it gets you. If you feel like you can meet that goal pretty easily, try having an extra cup of water a day.

It seems like everyone and their mom is raving about it on social media, so it’s only natural that you’d want to try it out— and do it ASAP. But this can end up tripping you up.

“[Keto] is a very hard diet to get into and maintain,” Keatley says. “Rushing in without a plan is ill-advised as it will most likely result in failure.” Instead, he recommends coming up with a plan, actually writing it down, and consider talking to a professional, like a registered dietitian, or running it by your family and friends. “Get support and other ideas on how to manage the diet,” he says.

Also, Keatley stresses this: The keto diet isn’t meant to be a long-term diet, so you should plan to go back to a diet with carbs after you’ve been on keto “for a max” of 12 weeks, since, again, keto is difficult to maintain and can restrict a healthy balance of nutrients.

This article originally appeared on Women’s Health US.

Related posts:
05/06/2019 Health News Comments Off on 11 Reasons Why You’re Not Losing Weight On The Keto Diet
Categories
Recent Posts