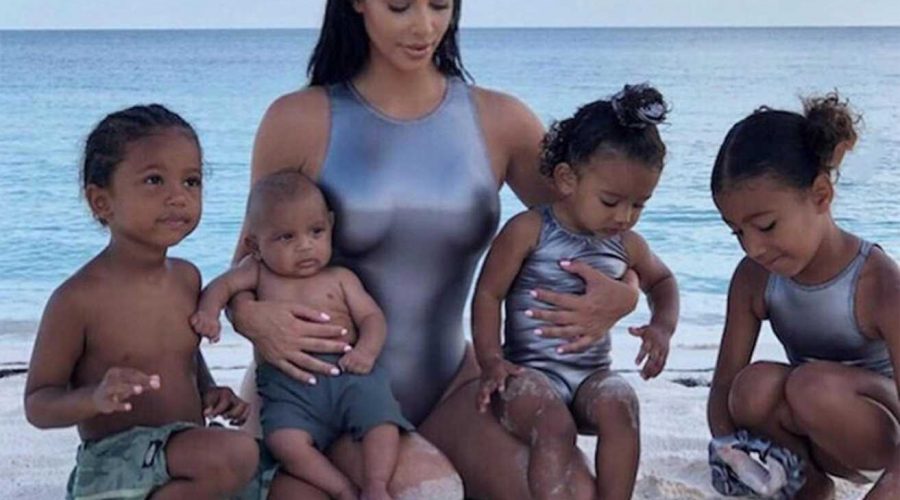 Psalm West may not become a big brother in the near future — in fact, the 3-month-old may remain Kanye and Kim Kardashian West‘s youngest child indefinitely.

In a Q&A on her Instagram Story (her first ever, according to the Keeping Up with the Kardashians star), Kardashian West replied to a fan who asked if she wanted more kids to add to her family that already includes Psalm as well as son Saint, 3½, and daughters Chicago, 19 months and North, 6.

“I LOVE my babies so much but 4 is all I can handle with how busy I am, and each one of my babies needs so much attention,” wrote the KKW Beauty mogul, 38.

Another fan inquired about the time left in her law-school journey, which Kardashian West shared she is one year into out of a total of four.

Ahead of Psalm’s birth, a source close to the family told PEOPLE that West, 42, and Kardashian West’s excitement was through the roof but that the newborn would probably complete their home.

“Kim has always wanted four kids. She talks about it all the time,” the source said, adding, “She likely won’t have any more after this.”

The source’s remarks echoed ones that Kardashian West made herself in an April 2018 cover interview with Elle, explaining that although “my home and my heart feel really full right now,” she wasn’t ruling out another baby — but she was drawing the line at four.

“I don’t think I could handle more than that. My time is spread really thin,” the reality star revealed. “And I think it’s important that in all couples, the mom gives the husband as much attention as the kids.”

Kardashian West shared the first photo of herself with all of her little ones last week, posing for a photoshoot on the beach during their Bahamas vacation.

Chicago and North matched their mom in shiny silver one-piece swimsuits, while the boys sat on Kardashian West’s opposite side, dressed in dark-green trunks. (West was not pictured.)

“Bahamas 🇧🇸 Pics Coming Up! I thought taking a pic with three kids was hard OMG this is almost impossible!” the mother of four admitted in her caption.

Related posts:
30/08/2019 Family Health Comments Off on Kim Kardashian Says 4 Kids Is All She 'Can Handle' Right Now: They Need 'So Much Attention'
Categories
Recent Posts
We and our partners use cookies on this site to improve our service, perform analytics, personalize advertising, measure advertising performance, and remember website preferences.Ok