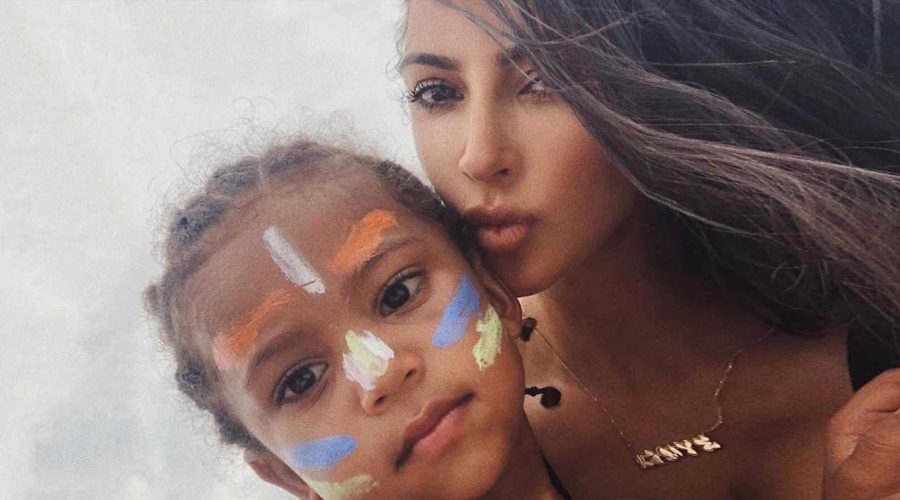 On Friday, Kim Kardashian shared a sweet Instagram photo of herself and her 3-year-old son cuddled up together.

The mother of four, 38, leaned in and kissed Saint, who wore orange, blue and yellow face paint.

The reality star simply captioned the post with a sparkle emoji, “✨”

The adorable shot caught the attention of Kim’s younger sister Khloé Kardashian who wrote, “Such a beautiful mommy!! Sainty I love you.”

Last month, Kim expressed her admiration over her two sons, sharing a black-and-white photograph of herself holding then 5-week-old Pslam as his big brother Saint leaned over him, gently taking the newborn’s face in his hands.

The photo is the third Kim has shared of Pslam since welcoming him into the world via surrogate on May 9.

The KKW Beauty founder shared his first image on May 17, where she officially revealed to the world the name they had chosen alongside a snap of baby Psalm swaddled up in his crib.

Since the arrival of Psalm, it seems Kim’s family is complete.

Following the news that she and Kanye, 42, were expecting their fourth child via surrogate, a source close to the family told PEOPLE “She likely won’t have any more after this.”

“Kim has always wanted four kids. She talks about it all the time,” the insider said.