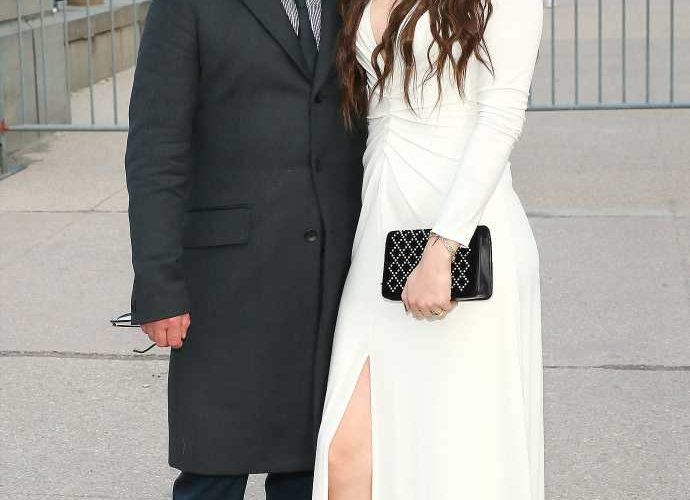 Johnny Galecki and Alaina Meyer are a pair of glowing parents-to-be.

The couple stepped out Wednesday to attend the Statue of Liberty Museum opening celebration at Battery Park in New York City, where they smiled and posed for photos surrounding the event.

Meyer, 22, wore a long-sleeved white dress boasting a plunging neckline and thigh-high slit, while The Big Bang Theory star, 44, donned a dark suit with a long jacket and black shoes.

The event came just one day before Galecki’s hit CBS sitcom is set to end its 12-season run, with a two-episode finale airing Thursday night.

PEOPLE exclusively confirmed Meyer and Galecki’s baby news earlier this month, with the couple saying in a joint statement, “We are absolutely over the moon to announce that we will soon be welcoming a little one into this crazy and wonderful world.”

The pair went public with their romance in September 2018 and made their awards-show debut in November at the E! People’s Choice Awards 2018 in Santa Monica, California.

In December of that same year, Meyer shut down engagement rumors after fans speculated about their relationship status on Instagram.

Galecki appeared on The Talk last week, where he rocked bright-pink nails that led to questions about the sex of his baby on the way — and the actor revealed he is secretly hoping for a daughter.

“I get a little bored looking exactly the same way for nine and a half months every year playing Leonard,” he said of his Big Bang character. “So we wrapped and I threw some blue in my hair, then I got superstitious that I was manifesting a boy, when I kind of prefer a girl.”

Catching himself, Galecki added, “Don’t play this tape for my child years from now!” and revealed “I painted my nails pink to try to even out the energy there,” noting that his baby’s health was the most important thing to him.

The series finale of The Big Bang Theory airs Thursday at 8 p.m. ET on CBS.