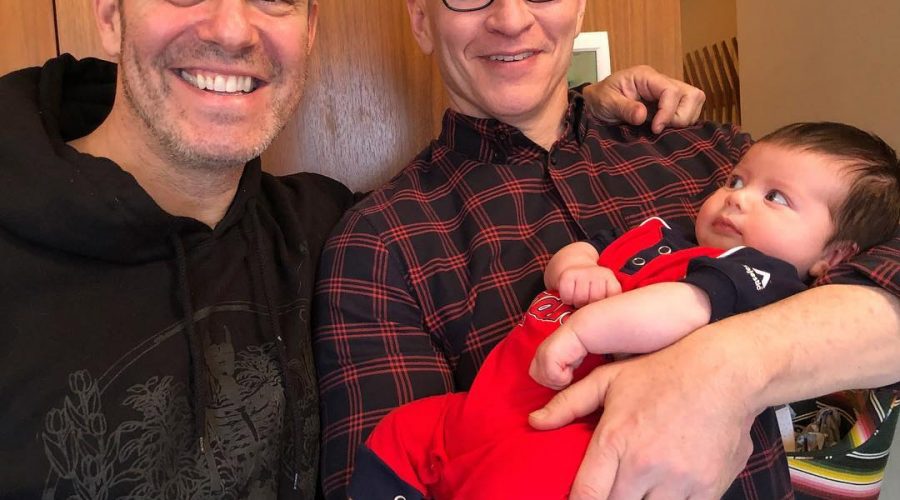 Not even “Uncle” Anderson Cooper is immune from Benjamin Allen‘s epic side-eye.

On Wednesday’s episode of The Late Show With Stephen Colbert, Cooper addressed a photo pal Andy Cohen shared to Instagram this week, that showed them bonding with Cohen’s 9-week-old son.

In the snapshot, Benjamin is giving the CNN anchor a curious stare as Cooper, 51, cradles him. Cohen, 50, captioned the hilarious post, “I’m a proud dad: my son gave Zaddy [side-eye], unprovoked!”

Cooper explained to Stephen Colbert on Wednesday that the glance wasn’t exactly a one-time occurrence, but instead totally captures the baby boy’s adorable attitude.

“If you look closely at Benjamin’s face in that picture, he’s got amazing side-eye,” Cooper joked. “He’s got this side-eye look, like he’s very judgy. In general, I think babies are very judgy, but he’s particularly judgy.”

Quipped Colbert in response, referring to the black-and-red plaid shirt his guest is wearing in the photograph (and his signature specs, of course), “He’s looking at you like, ‘Who’s this bookish lumberjack?’ “

Cooper is thinking ahead in terms of Benjamin’s near future, explaining to Colbert that he has been encouraging Cohen to take his son on the road when they perform together in Baltimore in May, for their AC2: An Intimate Evening with Anderson Coope & Andy Cohen event.

“I want Andy to take the kid on tour because I think the kid has been freeloading long enough. It’s been, like, two months,” said the journalist. “It’s time to monetize him. … It’s about time he contributed.”

In reality, Cooper and Benjamin have been thick as thieves since the latter’s arrival via surrogate on Feb. 4.

The journalist dropped by Cohen’s home shortly after Benjamin’s birth, where he got an “exclusive” one-on-one with the adorable infant in late February.

In the cute snapshot, Cooper peered over the railing of Benjamin’s crib. The two were locked in an intense gaze as the youngster, wrapped snugly in his blue swaddle, lay in a cushioned baby lounger.

“Uncle Anderson got an exclusive … ” the Watch What Happens Live host captioned his post.