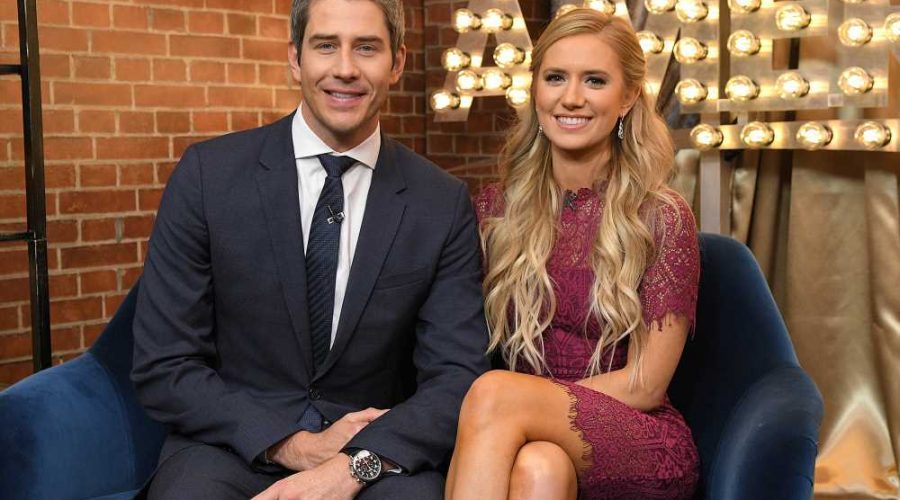 Arie Luyendyk Jr. and Lauren Burnham are ready to meet their baby girl!

The former Bachelor, 37, and his wife raved that they’re “really excited” to welcome their daughter, who is due in June, during a new interview with Entertainment Tonight.

“We’re really, really excited to meet her. It’s been a long time coming,” Burnham, 26, told the outlet. “I’ve been pregnant for seven-ish months, so it’s about time to get my body back and to meet our baby. We’re really happy.”

“I think it’s cool, you know?” Luyendyk chimed in. “We’re experiencing being new parents, so we’re on all the apps, learning about the development of the baby, and it’s just been an awesome ride so far. I can’t wait for her to come.”

The couple chose their daughter’s name this past Christmas, but they’re keeping their lips sealed until her arrival. Teased Burnham to ET, “It was a name we kind of tweaked into something unique. We don’t really know anybody who’s named that.”

Back in November, the couple shared the names they definitely wouldn’t choose for their new baby girl.

On fellow Bachelor alums Ben Higgins and Ashley Iaconetti‘s podcast Almost Famous, the parents-to-be revealed that they had been sifting through potential monikers for their first child on the way.

“We have quite a list of names, yeah,” Burnham said as Luyendyk shared, “There’s this [naming] app that you can swipe left or right, a lot like Tinder.”

On his season of The Bachelor, Luyendyk popped the question to Becca Kufrin before realizing that runner-up Burnham was the one for him. After calling it quits with Kufrin, 29, he proposed to Burnham on the After the Final Rose special in March 2018.

Their pregnancy news this past November came just two months before the duo tied the knot at Maui, Hawaii’s Haiku Mill in January.

“It was an amazing day. Arie and Lauren wrote their own vows and both of them got choked up,” a source told PEOPLE of the celebration.