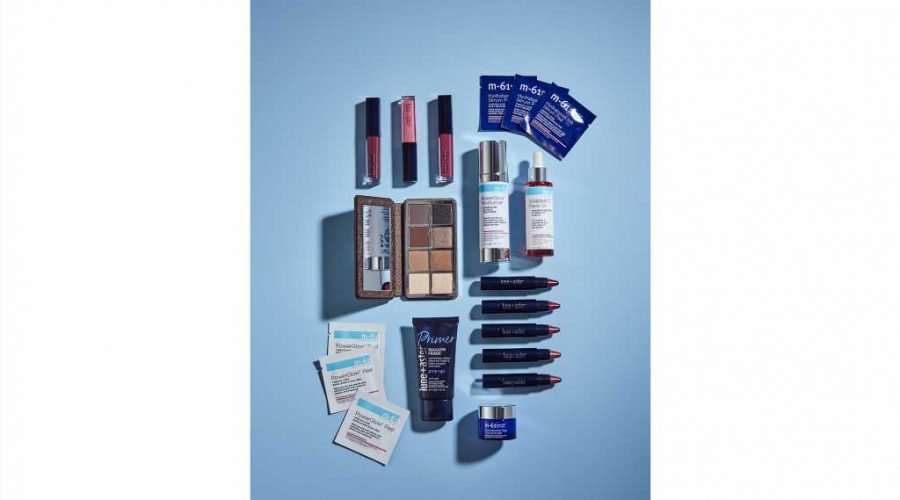 Marla Beck is the ultimate beauty junkie who has loved products ever since her days as a teenager growing up in California.
So as Bluemercury grew and she became ever more attuned to what customers were asking for, it seemed only natural that she create her own.
In 2005, Beck started to do just that, formulating a plan for a natural-based skin-care line and even exploring the idea of partnering with the Estée Lauder Cos. on such a brand.
Then came the Great Recession and the plans were shelved.
Beck is nothing if not tenacious, however, and in 2012, she launched M-61 Skincare, a clean, clinical treatment line with eight stockkeeping units.
While clean beauty is today an accepted and fast growing category in beauty, seven years ago, the trend was nascent. “I had a burning desire to create a vegan, clean treatment line that has a strong impact on the skin,” said Beck, “Nothing like it existed.”
Today M-61 has over 70 sku's, including bestsellers like Vitablast C Serum, Hydraboost Cream and the Power Glow Peel, which has achieved cult product status, with one box sold every eight seconds. (“I like to joke it is my contribution to the industry,” Beck laughed.) Its success has spawned a whole category of single-use products for the line, from cleansing cloths to hyaluronic acid-steeped pads.
“I’m on the road all of the time. I have bags and bags of stuff,” said Beck. “The dream is to create everything in a pad, which I’m getting closer to.”
In fact, identifying that kind of white space—whether in her own beauty routine or that of her customers—has been instrumental to the founding of M-61 and Lune + Aster, the vegan color cosmetics brand that Beck created and launched in 2015.
“We’re looking for gaps,” she said, of her rationale behind creating new lines. “If we can’t make something that’s unique and different from everything else on the market, we won’t do it.”
As an example, Beck cited the inspiration behind Lune + Aster. “We didn’t have a vegan, paraben-free mascara and it was driving me crazy,” she said. “Also, two of my close friends, both powerful female executives, said they never wore makeup to work because it took too much time.”
Hence was born Lune + Aster, with the supporting idea of “makeup in a minute.” Today, it numbers over 100 sku's, and its bestsellers include that paraben-free mascara, RealGlow Primer and a CC cream with spf 50 (“We didn’t have a tinted moisturizer with spf 50.”)
Client feedback also plays a big part in product creation, and Beck is in constant communication with Bluemercury’s store teams to hear what customers are asking for. That could be anything from a gradual tan body product that doesn’t smell bad to a one-step exfoliator and tanning pad. “That took us four years to solve,” Beck said. “Hopefully not all of them are that difficult.”
Still not everything has been a success. Baked bronzers, for example, failed to resonate. “That was a big lesson for us. It taught us that if we do something, we have to do it really differently,” Beck said. “Vegan bronzer wasn’t enough. We have to push the envelope more.
“Products are like children,” she continued. “You treat them all well, but they don’t always behave in the same way.”
Because the Bluemercury-owned brands are providing a point of differentiation, Beck regards them as complementary rather than competitive with the retailer’s vendor lineup. She also frequently uses the learnings from the in-house brands to inform the larger merchandising strategy.
“It often makes us more innovative in our merchandising, because we see projects we may not want to tackle and instead, we’ll say, ‘Let’s go out and find them,” said Beck. “We’re also looking for complementary goods, where we can blow out a category.”
As an example, she cited Bluemercury’s upcoming launch of Kosas, a clean color cosmetics line. “If the feedback loop is good on a certain category we know we can blow out the category—we know where we want to go and we don’t need to dabble.”
Building brands has also given Beck an appreciation for that side of the business. “I was initially surprised at how unreliable the timelines are,” she said. “You may set a timeline, but in between, hundreds of things can go wrong. It takes a lot to bring one product to market,” she continued. “I have a healthy admiration for what brands go through.”
Going forward, Beck believes the clean category will continue to grow across skin care, makeup and fragrance. “We’re seeing high demand,” she said. “The customer is going to be more extreme about what that means over time and we’re going to need chemistry and people in the industry who can get us there. There’s a long way to go.”
That long view typifies how Beck views brand building. “It’s a marathon not a sprint. You really have to build that relationship with the client,” she said. “You need to have a point of difference, and know what you stand for and why you’re in business.
“As you grow, you have to cut out the noise,” Beck continued. “If you know what you stand for and the consumer needs you are trying to serve, you can definitely build great brands.”
Source: Read Full Article