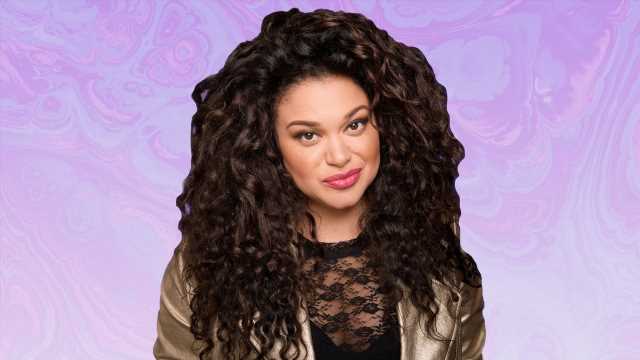 If you want the main character to be the true star of your romantic comedy, the worst thing you can do is cast Michelle Buteau as the sidekick best friend or any other background character. While the protagonist is caught up in their feelings, Buteau's character is busy stealing the scene — something you already know if you've ever seen Isn't It Romantic, Always Be My Maybe, and Work It, or any of her other hit rom-coms.

It's downright difficult to deny the woman's presence; it's striking both comedically and physically. Her unapologetic combination of boisterousness and bluntness is the perfect match for her freckle-dusted skin, bountiful curls, and curvy frame that she often drapes in bold colors, patterns, and sequins.

That's something Buteau does entirely on purpose — steal your attention from the plot of the movies she's in. Because, as she tells Allure, Hollywood just loves to place limits on big girls and Black girls, and it's her mission to give the world a whopping taste of what it's missing out on.

"That's what I tell my friends that complain about having three lines in a TV show or movie: Make those three lines pop," she says. "Make them so big that everybody will be talking about that scene for the rest of the week. Bring people into your happiness because you can't wait."

In doing that, she intentionally discredits everyone who's denied her respect because of her gender or race or body type. "You have to be the best because people will be so quick to write you off and be like, 'Women aren't funny or this, that, and the other,' or 'they're just not smart and they don't add anything,'" she says. "So be sure that you add something. Don't take any moment for granted."

"Do I want to be playing the best friend forever? No. Do I want to be the bridesmaid and never the bride? No — but the fact that I keep making waves towards that goal is a big deal."

Hers is a mentality we all ought to apply to life when things don't exactly go our way, and that's just one of many life lessons Buteau delves out in her new and first-ever book, Survival of the Thickest, a collection of personal essays touching on every facet of her life including more than a few dating disasters, when she went through IVF to have a baby via a surrogate, and growing up big in a world that demands women be small.

She's never considered herself above the role of the background BFF, by the way, even though it is frequently used as a diversity Band-Aid, reserved for Black and/or plus-size folks who must offer unwavering support to the thin, white leads. Buteau just considers these roles as resumé builders that, undoubtedly, will eventually close the gap between her and the roles she really wants to fill.

"Change is happening, it's just happening fast and slow at the same time. I always say that today's assistant is tomorrow's executive," Buteau says. "Do I want to be playing the best friend forever? No. Do I want to be the bridesmaid and never the bride? No — but the fact that I keep making waves towards that goal is a big deal."

Personally, I can't wait until Buteau and other women like her get to steal even more of that spotlight so plus-size folks (myself included) can see themselves represented in funny, smart, and complex characters that get to experience joy and love without any body-image-related drama. Until that day comes, I'm following the lead of Buteau, who approaches fatphobia with a "so what?" attitude.

It's simply a fact of life she states directly in the book: People treat you differently when you're a bigger person. "It is years and generations of just plain old misogyny, really, to have this standard of beauty that is unattainable and singular in a way where no one fits in," she explains. "That is just the way of the world until we slowly try to dismantle it." 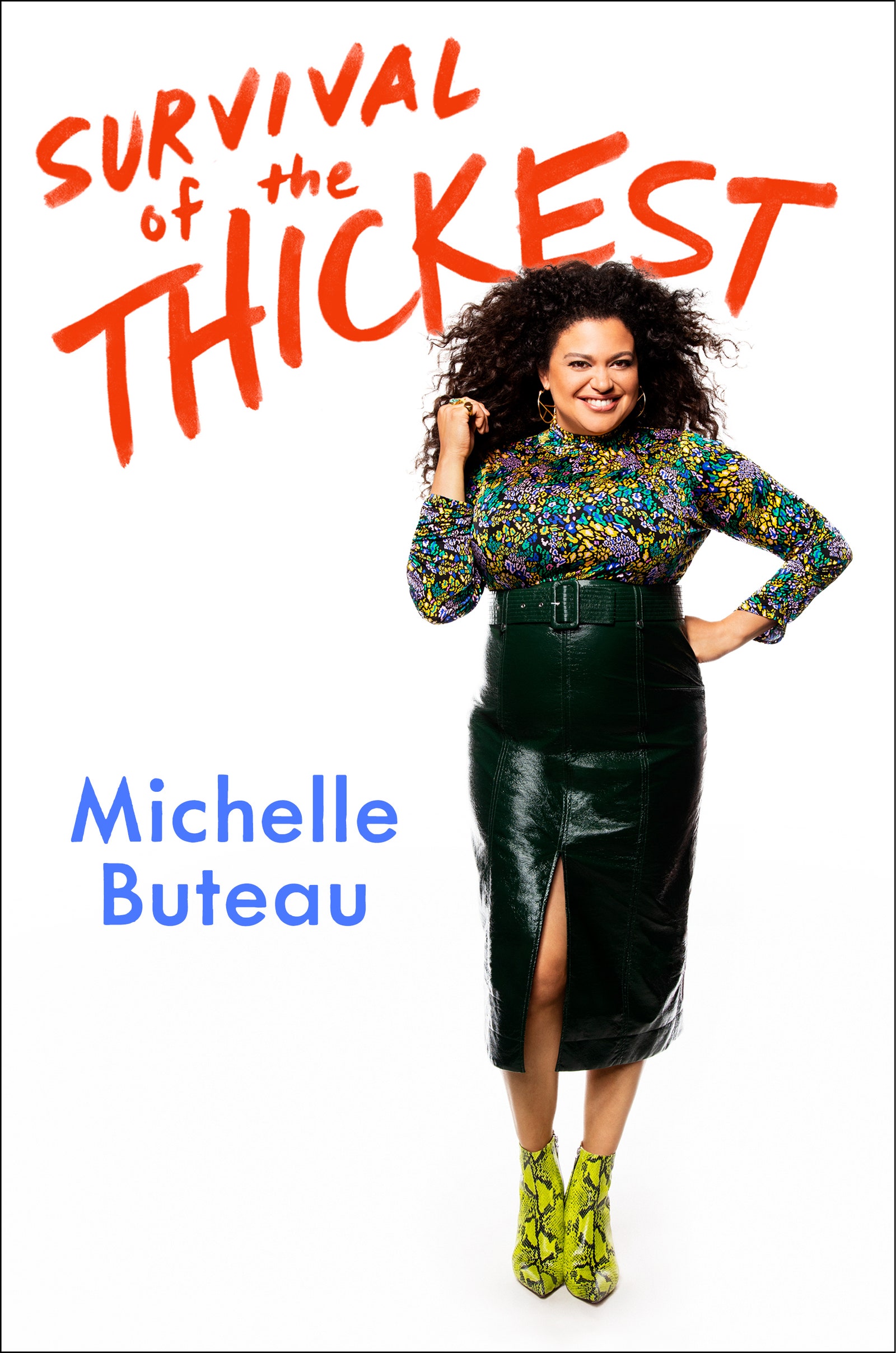 Aside from Buteau's show-stealing tendencies, her contribution to dismantling misogynistic fatphobia is simply to give zero shits about it, as she's done most of her life. "If you can't live in my shine, then go cop in someone else's shade because I can't," she says. "You have to have the confidence of a female rapper to be like, 'No, motherfucker, it be' for people to understand."

There's no denying that our diet-driven culture can make life emotionally harrowing, especially for women with plus-size bodies  — but in Buteau's eyes, that's no reason not to live your entire life like it's your so-called prime.

"So many of my friends are so talented but just too scared of what people think; I just wish everybody could have that 'aha' moment of 'nobody actually gives a fuck,'" she says. "Everyone's just out here like a YouTube comment, but it actually means nothing in the grand scheme. If I waited for the world to change to make me happy, I'd be dead."

"If you can't live in my shine, then go cop in someone else's shade because I can't."

As she's telling me all this, she can't help but feel like she's giving me some kind of lecture. "Be responsible for your shit — oh, my God, I feel like I'm yelling at my son. Clean your room! Take a nap!" She laughs, but it's truly the pep talk we need at the end of the worst year ever.

Michelle Buteau's Survival of the Thickest is available in bookstores and online on December 8.

All products featured on Allure are independently selected by our editors. However, when you buy something through our retail links, we may earn an affiliate commission.

Related posts:
10/12/2020 Personal Health Comments Off on Michelle Buteau Doesn't Give a Damn If You Don't Like Her Body
Categories
Recent Posts
We and our partners use cookies on this site to improve our service, perform analytics, personalize advertising, measure advertising performance, and remember website preferences.Ok