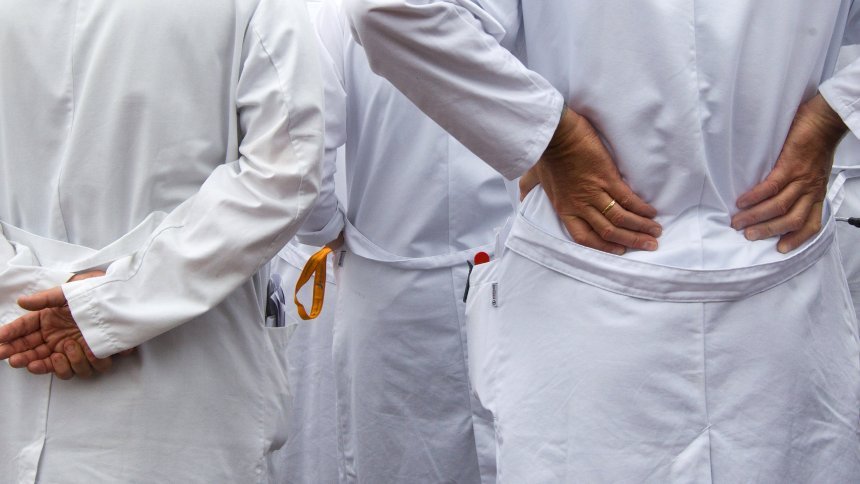 For years, German health insurance companies get with dubious methods and, in cooperation with Doctors, money from the health Fund. A new legal regulation from the year 2017, which should put an end to the practice, seems to fizzle out almost ineffective.

A yet unpublished report compiled by the Scientific Institute for health Economics and health system research, commissioned by the technician health insurance (TK) and the present of the MIRROR, the. Therefore some statutory health insurance Doctors wanted to stop, probably in the year 2018 to be patient on the paper as ill.

According to the report, every Fifth of the more than 600 respondents, physicians (19.4 percent) reported that legal funds would be offered to him even in 2018 and later, a so-called coding advice. Are meant advice of Doctors, such as diagnoses were. Since April of 2017, it is prohibited for statutory funds, however, to influence Doctors in their diagnoses. Explicitly prohibited it since then, to send the so-called coding consultant in practices, to provide appropriate advice on the phone to offer or practice software. The new rule was triggered by a debate over so-called cheat accusations.

Self-service in the health Fund

The reason for the practices of the funds for overhaul need of the distribution system of the funds is likely to be. For patients with certain disease pictures, AOK, Barmer and co. receive a particularly high level of allocations from the health Fund. The right cross at the time of diagnosis is quite profitable: it Is diagnosed in a 45-Year-old, for example, high blood pressure, increase the annual allocation to the Fund to 251 Euro; a doctor attests to a Depression, can it be 532.

“The report shows that the coding advice is to issue,” says the TK-CEO Jens Baas. He calls for a Reform of the distribution mechanism, including an “effective manipulation of the brake”. The Federal Ministry of health has already planned such a comprehensive law and wants to provide nationwide for better controls. However, many funds brace themselves against the project.

This theme comes from the new MIRROR-magazine – available on newsstands from Saturday morning and every Friday at LEVEL as well as in the digital magazine edition.

What is in the new MIRROR, and what stories can you find in the MIRROR, you will learn in our free policy Newsletter THE SITUATION, which appears six times a week – in a compact, analytically, the opinion, written by the political heads of the editors.