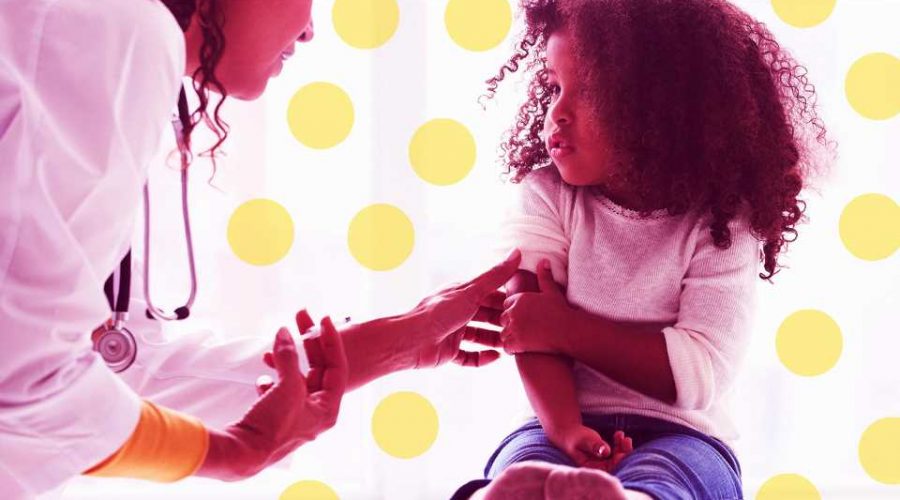 I used to be an anti-vaxxer. I was suspicious of pharmaceutical companies, and there was even a time when I was, if not convinced, then at least scared that maybe vaccinations were linked to autism (spoiler: they’re not). I’ll admit it: At the time, I hadn’t done my research properly. I was influenced by a deep mistrust in the medical system, and I’d only read articles that supported my anti-vaccination stance. Plain and simple, I was misinformed. But I was also exhausted and had real reasons for my distrust; doctors had bullied me into tests and scans and medications during my pregnancy, and I was desperate to reclaim my autonomy. I am an educated person, but I felt that there was a lack of nuanced conversation around vaccination — and a blanket expectation that I would just go ahead and vaccinate my kid. The rebel in me didn’t like that one bit.

Sure, that might sound like a ridiculously immature reason to not vaccinate, and in many ways, it was. But at the heart of my sentiments was the core issue regarding the vaccination debate: a distinct lack of dialogue regarding choice, as well as a lack of acknowledgement of any concerns regarding the safety of vaccinations. I’m a pro-choice feminist, and my mantra for many years has been “our bodies, our choices.” But the reality is, this stance is more complicated when it comes to vaccines than it is when it’s about abortion. Why? Because our society relies on herd immunity to protect the most vulnerable among us. With something like abortion, yes; it’s your body, your pregnancy, your embryo/fetus, and your choice. But sometimes, when it comes to communicable diseases, we don’t have only ourselves to think about. In fact, we have a lot of other people’s health and wellbeing to consider.

I’m certainly not someone who blindly agrees to what medical professionals tell me to do. Yes, pharmaceutical companies do often have a financial interest in health care, and some doctors do over-prescribe medication. To foster an effective attitude towards public health, we as individuals need to make our own health decisions — and that includes regarding vaccination. But in order to be able to do this, we need to be given unbiased information to start with. And that’s where the medical system regularly fails us.

Patients are not given information in a neutral way. Rather, doctors simply tell us we must vaccinate, and usually on a strict schedule that has been set by the government. In some countries, this schedule is enforced through the withholding of welfare payments or by making it a school enrollment requirement. And while it’s essential for the health of the entire country that our kids be vaccinated, this hierarchical approach to health has been proven again and again not to work.

In parenting circles these days, we generally agree that giving children respect and encouraging autonomy enables them to make safe decisions. The same surely applies to adults, does it not? An authoritarian approach to vaccination leads parents to feel bullied, disempowered, angry, rebellious, and downright suspicious of the motives of our doctors and especially our government. Furthermore, the lack of open discussion regarding the actual risks of vaccination (I am not talking fake risks like autism here! But allergic reactions, while rare, are possible) adds to this suspicion.

The reality is, any risks to vaccinating are certainly not as overinflated as many sources would have you believe. Plus, all those concerns regarding heavy metals in vaccines that you hear about? They, too, are largely unfounded. 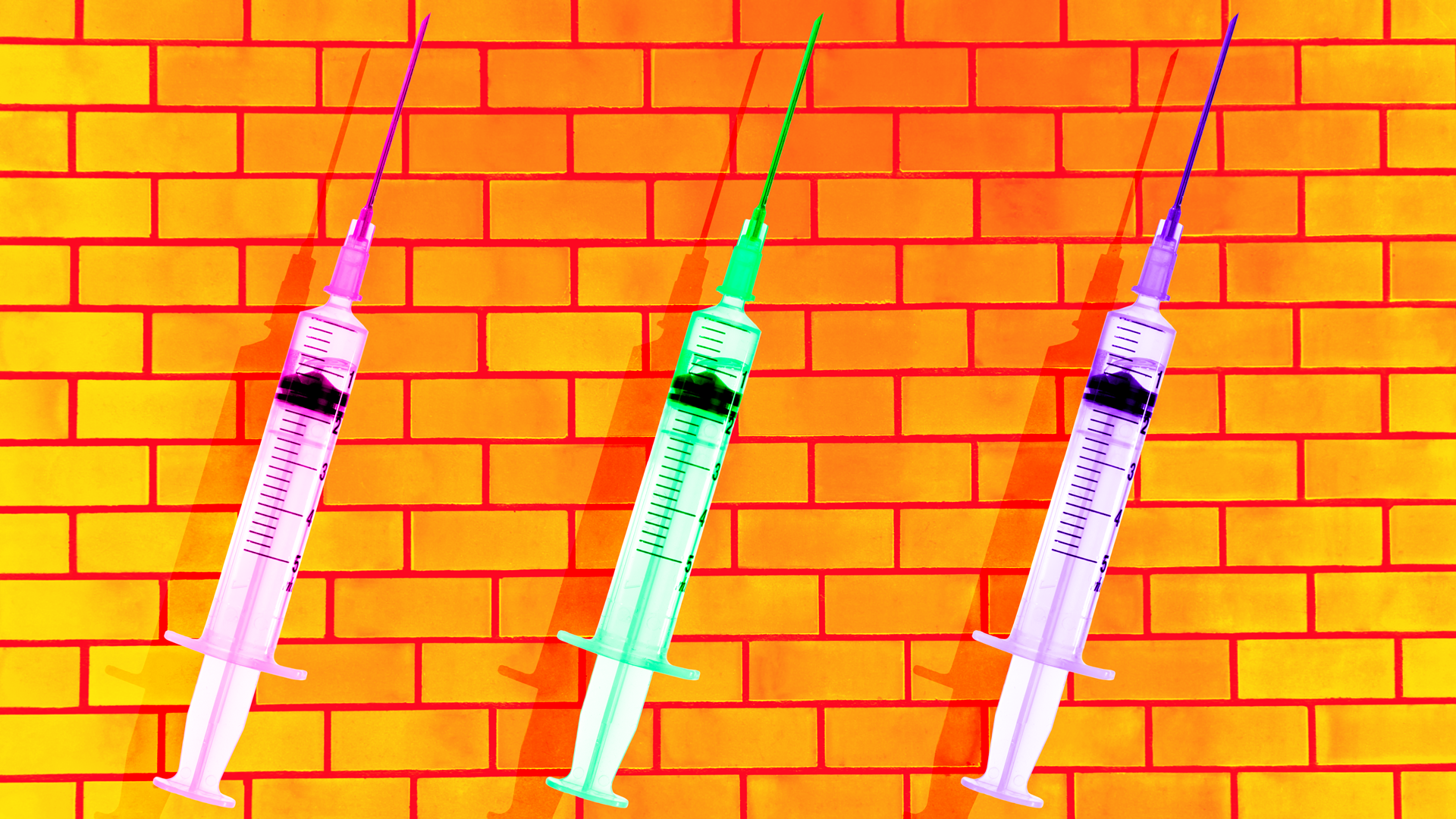 But the stereotypes and prejudices go both ways. Vaccines are not dangerous autism-causing injections, nor are anti-vaxxers uninformed conspiracy theorists. In fact, a large portion of them are well-educated (and white, btw, in case it matters). And because immunization is a decision we make for our children, the majority of the conscious objectors to vaccines are also mothers. And while the stats are not there to prove this, I suspect many of them would also identify, on some level, as feminists. Because think about it: Government policies designed to enforce vaccination mirror prevailing patriarchal laws that attempt to police women’s bodies. The overmedicalization of conception and birth leaves many parents feeling disempowered, so arguably the anti-vaxxer movement is on some level connected to a need for us to reclaim body autonomy.

Is vaccination itself a feminist issue? Perhaps on some level it is, but what I take from this is not that feminists should be resisting potentially life-saving vaccinations; rather, it’s that the mindset of medical professionals needs to shift. As a feminist doctor I interviewed told SheKnows, “we need to disrupt the ‘us versus them’ narrative by sharing our own emotional narratives of concern and confidence, demonstrating that doctors are humans too, and working together towards trust.”

So what changed my mind? I found myself a feminist midwife and a naturopath GP, and between them they gave me a balanced, holistic perspective. Neither pushed their agenda; rather, each gave me the facts in a balanced way and let me decide for myself. Both women had a deep respect for scientific, evidence-based research and also for body autonomy and alternative therapies. I was never once made to feel that my concerns or beliefs were silly or wrong. But when I started doing the research for myself — reading the large-scale, properly done, peer-reviewed scientific studies instead of listening to anecdotal evidence and unsubstantiated articles on the web — I began to see clearly that vaccination, overwhelmingly, saves lives.

Originally, I hadn’t wanted to take the risk of harming my child with vaccinations. But after doing the research, I understood how very low that risk was — and how much more concerning was the risk of exposing my child to life-threatening illnesses that vaccination protects against.

My mum grew up in the UK in the 1950s, and she has told me about the epidemics — kids in polio leg braces and iron lungs. I’ve walked through numerous English graveyards filled with tiny headstones marked “consumption” (tuberculosis). According to Dr. Harvey Marcovitch, pediatrician and editor of Archives of Disease in Childhood, “infant mortality has fallen by a remarkable 79% in the past 50 years…[and] by far the greatest advance in reducing deaths and serious illnesses in children has been the development of vaccination.”

It is a Western, incredibly privileged, and quite selfish decision to choose not to vaccinate — you are choosing to risk the lives of so many vulnerable children who are not as privileged or as healthy as yours. The Independent reports that “each year, around 2 million children die from vaccine-preventable diseases.” Parents in Africa line up all day to get the vaccinations they know will keep their children safe. It is thanks to vaccinations that we no longer see TB or diphtheria on a dangerous scale in the West. That said, if we continue to allow vaccination rates to drop too low, we will see epidemics rise again.

Modern medicine is a wonderful thing if used discerningly. So to all the vaccination objectors out there, as a fellow mother, I’m asking you: Please do your research. Don’t just read the articles that fit what you already think. Read the ones you disagree with, the ones that support vaccination as a way to keep our kids — all of them, not just the rich healthy ones — safe. Sure, pharmaceutical companies commissioned some of these studies, and sure, they just want to sell their products. But many, many of the studies I link to in this article and countless others are independent, evidence-based, peer-reviewed, and proven.

And besides, the anti-vaxxer rebuttal that these articles are based on “biased information” goes both ways. When you’re reading the studies that support your current views, check who’s published it, who’s written it, what their expertise is, what their prejudices might be, and how much actual evidence there is to back up their claims. At the end of the day, we all just want our kids to be safe. So while I will continue to believe in the right to make our own individual choices, please make sure your information is balanced and your decisions are made based on fact — not fear.

Related posts:
04/10/2019 Kids Health Comments Off on Why I Almost Didn't Vaccinate My Kid
Categories
Recent Posts
We and our partners use cookies on this site to improve our service, perform analytics, personalize advertising, measure advertising performance, and remember website preferences.Ok