Houston, Texas is the fourth-largest city in the USA, with 1 in 4 residents foreign-born, making the Bayou City the most diverse metropolis in the nation. NASA and the Houston Livestock Show and Rodeo are big draws for out-of-towners, as is the annual Art Car Parade in April — during which over 250 moveable masterpieces cruise the downtown streets of H-town. But what about if you’re traveling to Houston with kids in tow?

Below are our top tips for making the most of your trip — with tots of any age. Keep in mind, though: Houston’s summer heat and humidity can be tough on those accustomed to cooler temps, so pack (and hydrate) accordingly. And don’t forget to pack a sweater, too, because our air-conditioned restaurants and museums are downright arctic. 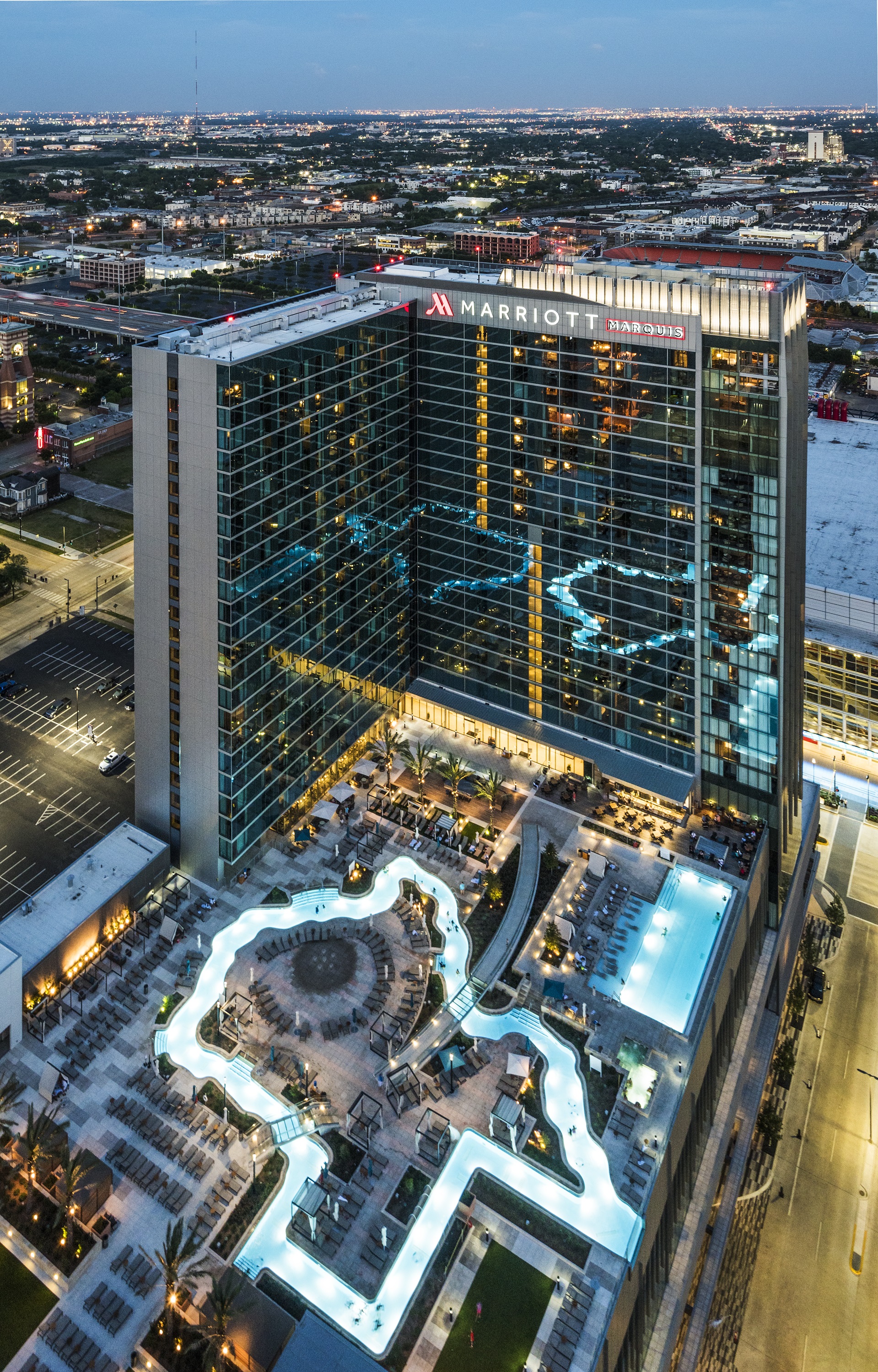 Houston’s 627-square-mile spread can be intimidating. So make the massiveness of the big city feel manageable by staying downtown, where you can walk, ride-share or use the city’s MetroRail to get around. For families who prefer to explore by car, the Uptown/Galleria area makes for a great strategic launching pad.

Downtown’s Marriott Marquis wins over visitors with its Texas-shaped lazy river and infinity pool with skyline views. Meanwhile plenty green space is right outside — at the art-filled park, Discovery Green, which regularly hosts free concerts, exercise classes and festivals. First-time kayakers of any age will have a smooth ride on the park’s Kinder Lake, and there’s plenty of splash-pad space for cooling those tots off. Grab Mediterranean fare, especially the baklava, at nearby Phoenicia Specialty Foods for a picnic in the park. Book Sunday brunch for the Oaxacan buffet at Xochi, helmed by chef Hugo Ortega, who won the James Beard award in 2017. The sleek restaurant inside the Marriott Marquis features Dia de los Muertos-inspired decor and a dessert table filled with churros and hot chocolate.

While the Uptown/Galleria area is known for gridlock, the Houstonian Hotel is a woodsy sanctuary that keeps the hustle and bustle of the big city at bay. The resort-like grounds feature destination dining, pools, a jogging path that leads to Memorial Park (the city’s largest urban park) and a full-service spa with special treatments for teens. 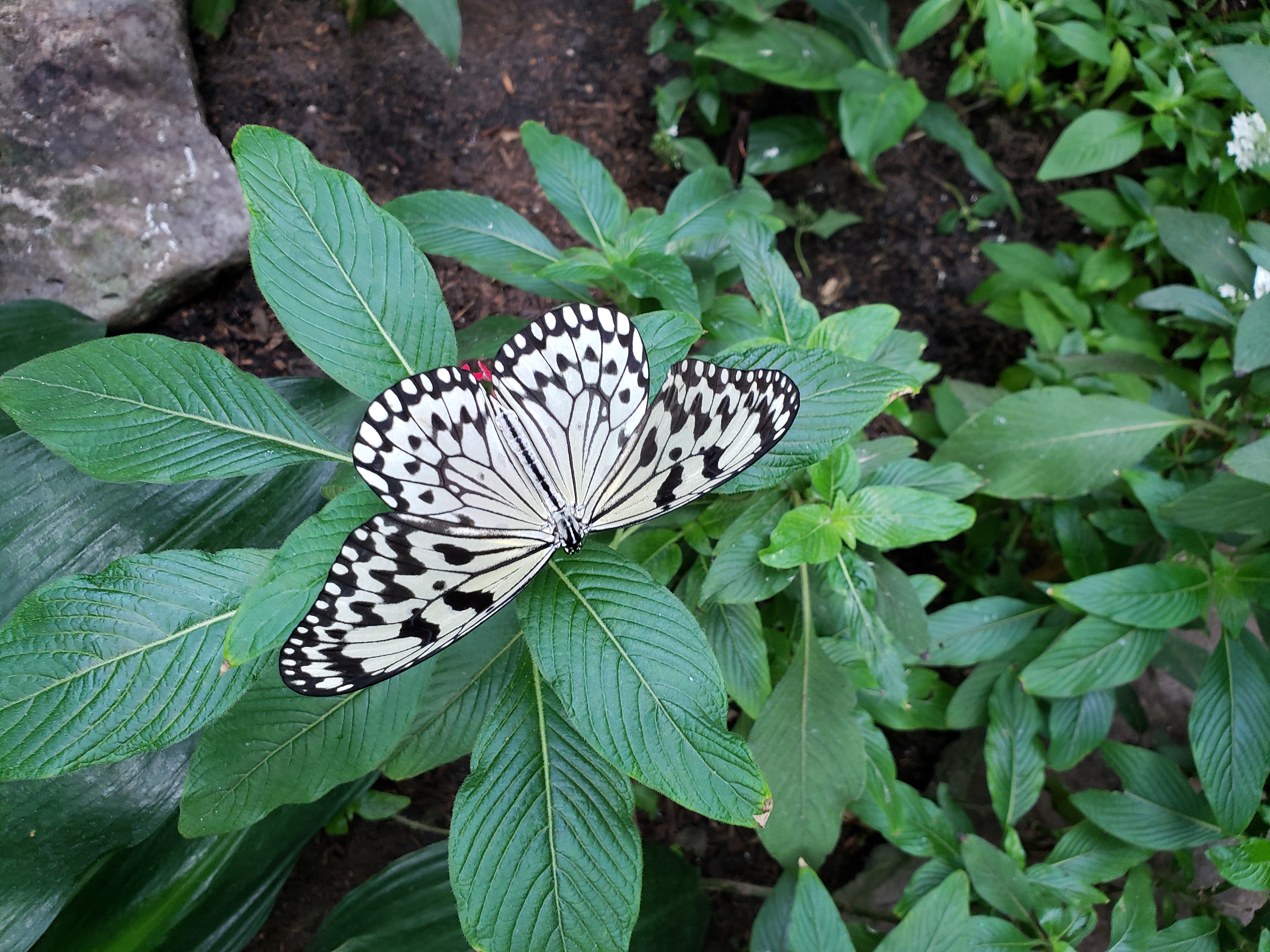 Houston’s Museum District offers 19 unique museums catering to art lovers, science fans and history buffs. Highlights include a stroll through the Cullen Sculpture Garden at the Museum of Fine Arts, where the Brown Foundation Plaza is home to the 32-foot-tall shiny, stainless-steel sculpture “Cloud Column” by Anish Kapoor — the same sculptor who created Chicago’s Cloud Gate (aka The Bean). Be sure to head to the roof garden for panoramic views the whole family will enjoy. For more fine art, meander through the always-free Menil Collection, which has spacious lawns for when kids need to exercise those “outdoor voices.”

Other crowd-pleasing museums include the Houston Museum of Natural Science (don’t miss the Cockrell Butterfly Center and the jewelry selection in the gift shop!), the Children’s Museum, and The Health Museum. Learn the legacy of the brave Buffalo Soldiers in the engaging exhibits at the Buffalo Soldier National Museum housed in a former armory. The Asia Society’s Zen-like space also boasts Pondi Café, featuring tasty Indian snacks and sweets.

For picturesque vistas and people-watching, stroll Hermann Park, where you’ll also find the Houston Zoo, the McGovern Centennial Gardens, Miller Outdoor Theatre (offering free performances and a steep hill for the younger set to roll down) and a golf course. Take a ride on the Hermann Park train, circling the park and checking out the “Destination Mound Town” mural that greets passengers in the tunnel.

Buffalo Bayou Park pairs the city’s natural beauty with skyscraper scenery. Hike, bike or canoe your way around this 160-acre park, which also has a nature play area, artwork, skate park and a dog park for those traveling with their canine family members. Take a tour of the Cistern, a decommissioned underground reservoir that’s now filled with art installations instead of water. For nearby eats, dine at the Dunlavy for a treehouse vibe tricked out with chandeliers. 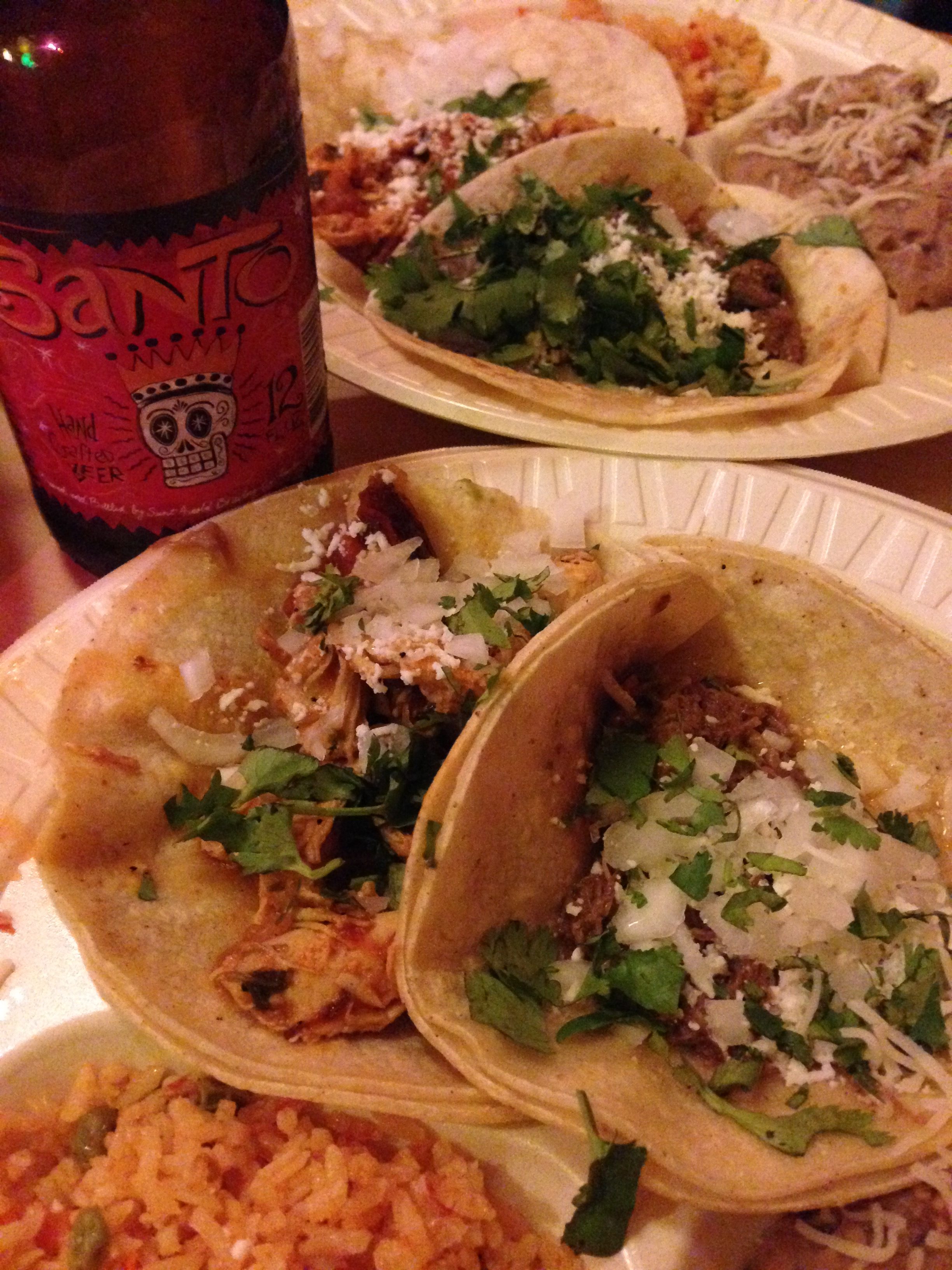 The Mid Main neighborhood in Midtown is easily accessible via the MetroRail if you’re staying downtown. View murals and public art before your stop at the Breakfast Klub for their signature wings and waffles, which are worth the frequently long wait. Nearby Natachee’s serves up comfort food, Tacos a Go Go does Tex-Mex, and Winbern Mess Hall is a mashup of Mexican and Korean. If you need coffee and/or an adult beverage, stop in Double Trouble Caffeine and Cocktails.

Downtown is home to several food halls, allowing family members to create their own tasting menu. Choices include the Conservatory, Finn Hall and the forthcoming Lyric Market. For a slice before a show in Houston’s Theater District, head to Frank’s Pizza. On the outskirts of downtown, all ages are welcome at St. Arnold, Texas’ oldest craft brewery, which has great food and tons of outdoor space and games. Insta-worthy murals cover the warehouse walls around the brewery, so be sure to strike a pose for a made-in-Houston snapshot.

Navigation Esplanade in the historic East End neighborhood pays tribute to the area’s proximity to the Port of Houston and its Hispanic heritage. For breakfast tacos, get in line at Villa Arcos or head to the original Ninfa’s for sizzling fajitas paired with chips and queso for a traditional Houston feast. Plan your visit on a Sunday to experience the East End Farmers Market, offering produce, prepared foods, live music and arts and crafts between 10 a.m. and 2 p.m. 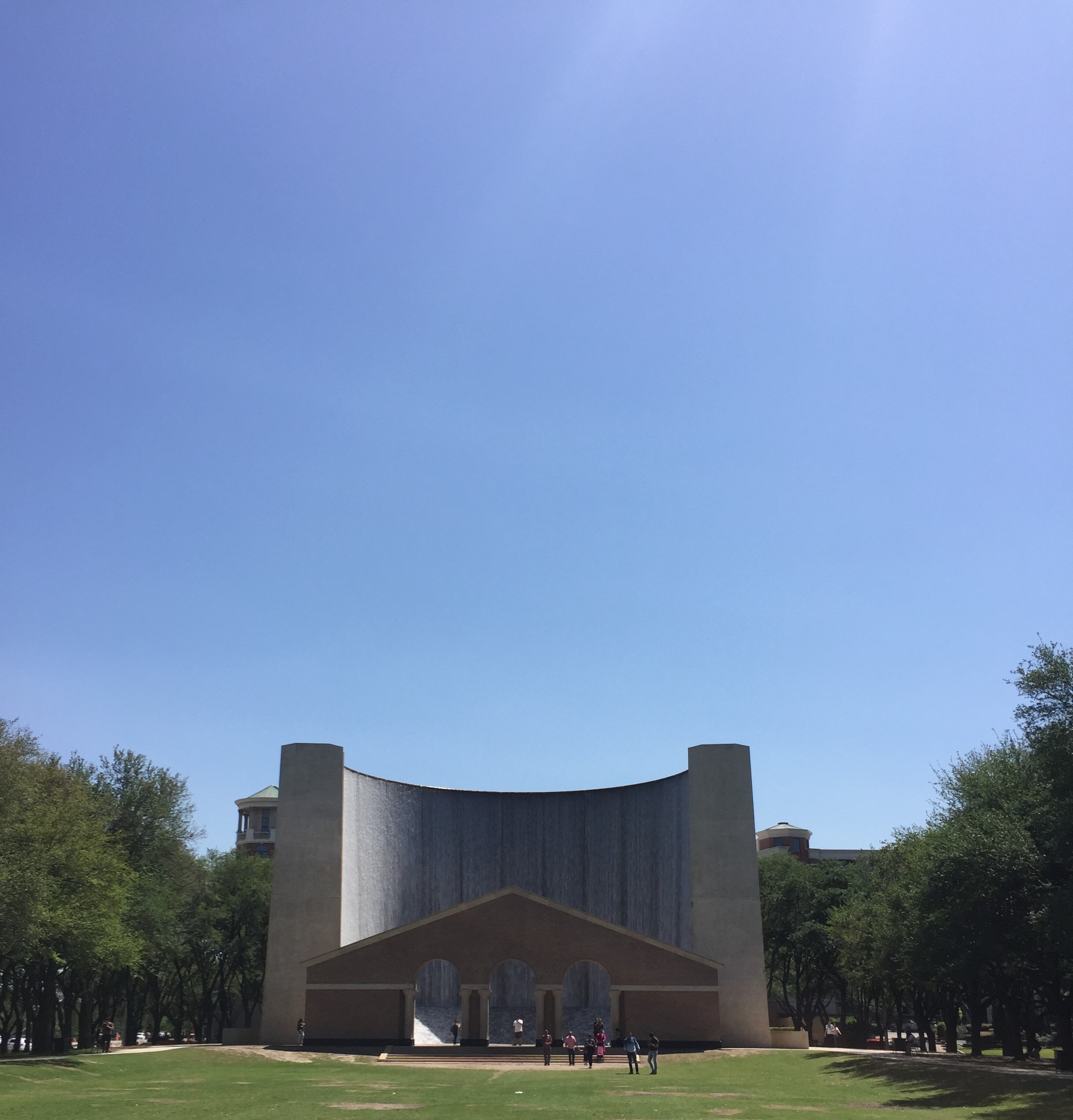 On Main Street, shop for funky Western-inspired designs at My Flaming Heart — and if there’s a budding record collector in your crew, hunt for albums at Sig’s Lagoon.

Go big at the Galleria, the mother ship of all Houston malls, where there’s retail, an ice skating rink and restaurants ranging from higher-end imports like sushi mecca Nobu and Yauatcha for dim sum to casual fare from Shake Shack and E-Tao Asian Eatery.

But of course noHouston visit is complete until you’ve been hit with the mist from the cascading 64-foot Waterwall, conveniently located in its namesake park right behind Nordstrom on 2800 Post Oak Blvd.

For local goods, head to 19th Street in the historic Heights neighborhood for a mix of modern and main street charm. Treasure hunt at the antique shops, find Mexican folk art and lucha libre wrestling masks at Casa Ramirez, and be prepared to spend lots of time at Big Blue Whale Toys! There’s menswear at Manready Mercantile; Jubilee for womenswear, accessories and whimsical home decor; and Proper for sneakerheads. 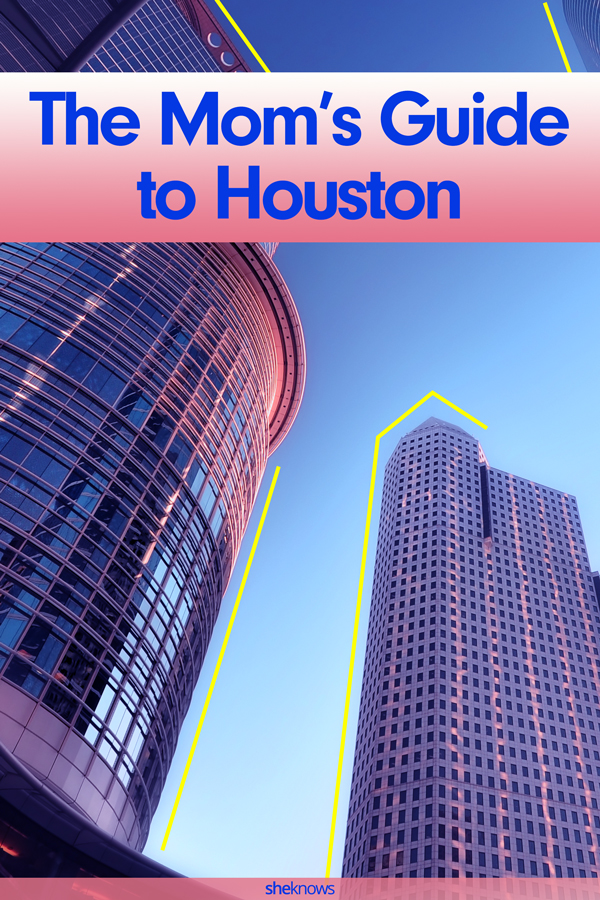