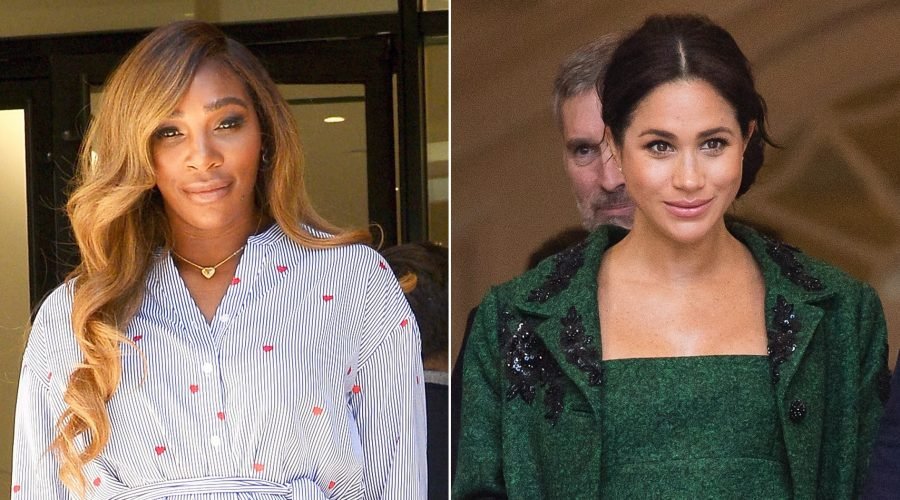 Showing her support! Duchess Meghan and Prince Harry have a royal baby on the way, and Serena Williams gushed about how she thinks her friend will handle the transition to motherhood.

The Olympian shared her tips for other new moms, as well. “Accept mistakes and don’t expect to be perfect,” Williams said. “We put so much pressure on ourselves. My friend is pregnant, and she was like, ‘My kid’s gonna do this,’ [and] I just looked at her like, ‘No, she’s not.’ … She was like, ‘I need to talk to you about tips,’ because, yes, I had all of those high expectations.”

The My Life: Queen of the Court author added: “Everything is not going to go as planned. You just got to go with the flow.”

Williams and her husband, Alexis Ohanian, welcomed their daughter, Alexis Olympia, in September 2017.

In October 2018, the Duke, 34, and Duchess of Sussex, 37, confirmed that they’re expecting a little one of their own. “Their Royal Highnesses The Duke and Duchess of Sussex are very pleased to announce that The Duchess of Sussex is expecting a baby in the Spring of 2019,” Kensington Palace’s statement read at the time. “Their Royal Highnesses have appreciated all of the support they have received from people around the world since their wedding in May and are delighted to be able to share this happy news with the public.”

The Suits alum celebrated her baby’s impending arrival with a New York City baby shower in February. Williams attended, along with Gayle King and Amal Clooney.

Meghan was later informed that parties like this stray from the royal norms, a source told Us Weekly exclusively last month.

“Meghan is still struggling with the press in London,” the insider said. “She was made aware that Kensington Palace and the royal family, that’s not the way they do it with a big, flashy baby shower like the one she had in NYC.”

The retired actress is due in late April or early May.

Related posts:
04/04/2019 Kids Health Comments Off on Serena Williams Is ‘Sure’ Duchess Meghan Is Going to ‘Be the Best Mom’
Categories
Recent Posts