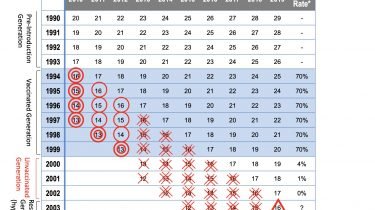 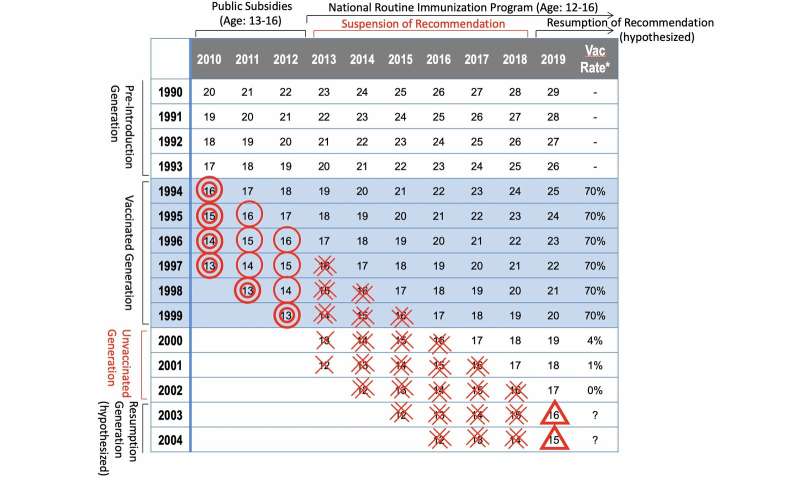 In Japan, an HPV vaccination program started in 2010, and the HPV vaccine became a nationally recommended routine immunization for girls aged 12–16 years in April 2013. However, because cases of young girls with widespread pain and movement disorders after vaccination were reported in the media in June 2013, Japan’s Ministry of Health, Labour and Welfare (MHLW) announced the suspension of its recommendation for routine HPV immunization.

Researchers at Osaka University compiled countermeasures against predictable challenges after resumption of HPV vaccination, published in The Lancet Oncology.

Every year, about 9,000 women are diagnosed with cervical cancer and 2,000 to 3,000 women die of the cancer. A major factor for the development of cervical cancer is infection with HPV, which is mainly transmitted through sexual contact.

This research group demonstrated two possible challenges after resumption of the MHLW’s recommendation for HPV vaccination:

The group discussed countermeasures against these challenges, making the following proposals for providing information and fostering public acceptance of the vaccine.