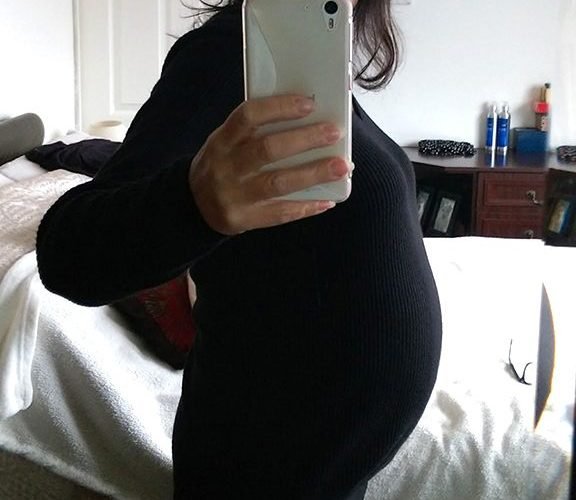 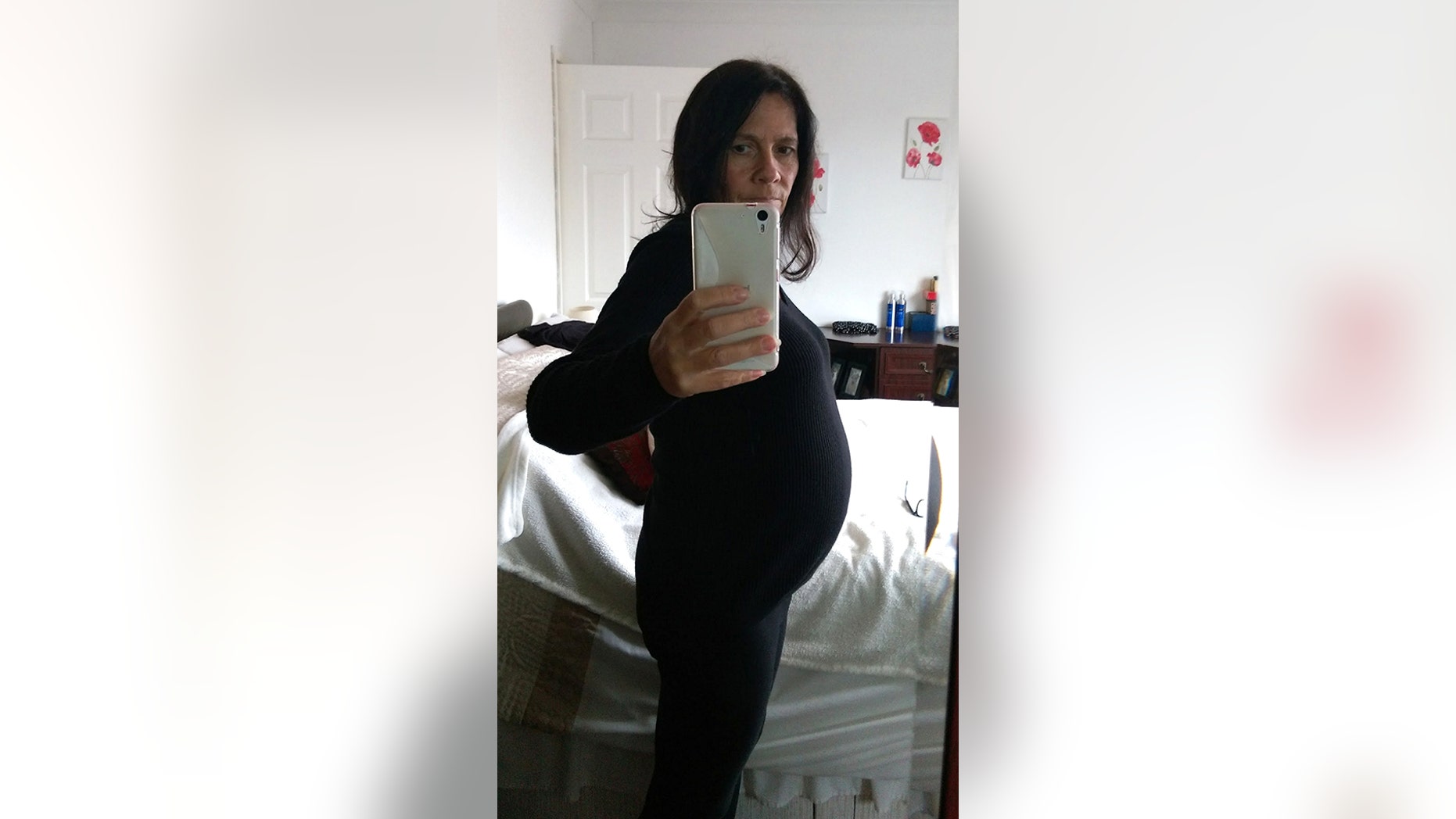 Josephine Clinton, 49, was confused when she failed to lose weight from her growing ‘squishy’ tummy despite losing it in other areas of her body.
(Kennedy News and Media.)

A woman whose friends convinced her to take a pregnancy test after she showed signs of a growing “baby bump” was devastated to learn that her swollen abdomen was actually due to two massive ovarian tumors.

Josephine Clinton, who struggled with infertility, said she stopped into the emergency room after her at-home pregnancy test came back negative.

“The belly just came out of nowhere in a matter of weeks really,” Clinton, 49, told Kennedy News and Media. “Everywhere else I’d lost weight – I’d just lost my bottom, my legs were like sticks, my arms, my face was really gaunt. But I had this big belly. It was scary.”

Clinton said she chalked others symptoms up to a gym injury, irritable bowel syndrome and drinking more water. A previous doctor’s appointment also allegedly missed her tumors. It wasn’t until her friends convinced her to take a pregnancy test that she took her symptoms seriously. 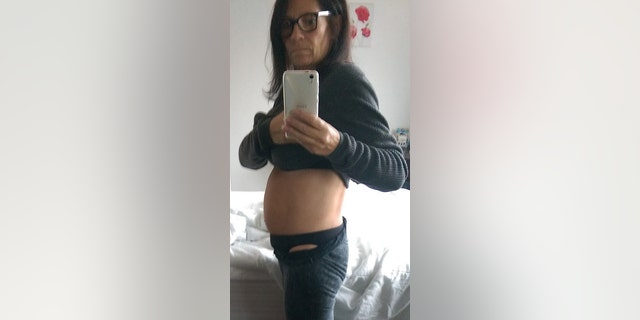 Clinton and her husband had struggled with infertility, but her friends convinced her to take a pregnancy test.
(Kennedy News and Media)

“I decided to nip into the local hospital on the way home for a quick check over,” she said, according to Kennedy News and Media. “They took me in for a scan straight away and then took me into a room and told me that there was a mass in my pelvic area. I was basically floored, because I went up on my own thinking they were going to tell me I had a bit of irritable bowel or something like that.”

Clinton revealed to the news outlet that her sister had a gone through a similar ordeal, but that she hadn’t known what signs to look for. She said that doctors drained seven liters of fluid from her stomach during her first biopsy, and an additional seven more during a second biopsy. Eventually, she was scheduled for a full hysterectomy.

“It’s a bit of a blur to me now because I got these blinkers on where I thought everything is going to be okay and I am going to get through it,” she told Kennedy News and Media. “I thought… at the end of the day [if] everything is alright and I come out the other side, they can chuck everything they want at me.”

Clinton said her friends feared for her life because of her rapid weight loss, but she didn’t realize at the time how dire her situation was.

“I had lost that much weight and changed so much, but you don’t see it in yourself,” she told Kennedy News and Media. “They just took everything away – my cervix and everything away in one go. I have a lovely big scar now.”

While Clinton had no signs of cancer, she still goes for follow-up tests every six months to ensure the tumors have not returned. She is calling for more awareness for symptoms of non-cancerous tumors.

“I am very lucky,” she told the news outlet. “You don’t realize how lucky you are, do you? I am grateful my friends made me do that pregnancy test that day, otherwise I might have just kept passing it off or leaving it. People do do that, because you don’t dare to think it’s anything serious.”