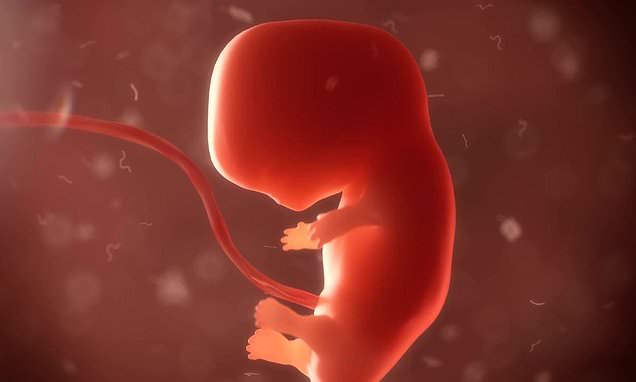 A woman nearly died after she became pregnant despite having her womb removed six years earlier.

In a case believed to be only the third of its kind ever recorded, the 32-year-old went to hospital in Ethiopia with abdominal pain and vomiting.

She was confused, had a rapid heart rate, laboured breathing and a swollen torso, and doctors realised she had gone into shock because of massive blood loss.

Medics found an embryo, which didn’t survive, had been growing for 13 weeks on the ‘stump’ which was left of her cervix after the uterus above it had been removed. 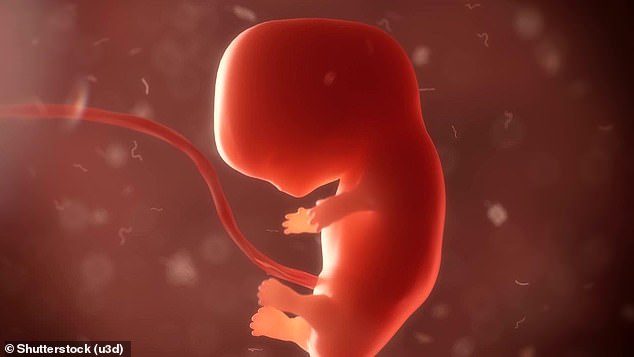 Doctors at the Felege Hiwot Referral Hospital in Bahir Dar, Ethiopia, treated the woman in July 2016 and revealed the tale in a medical journal last month.

They said the woman had an ectopic pregnancy, in which a fertilised egg attaches itself and begins to grow somewhere outside of the womb.

This pregnancy had ‘ruptured’ and caused 4.5litres (9.5 pints) of blood to leak into the woman’s abdomen, sending her into shock.

An ectopic pregnancy develops when an egg is fertilised by a sperm and begins to grow outside of the womb.

These type of pregnancies usually develop in the fallopian tubes but may, in more extraordinary cases, develop on the ovaries or other tissues around the reproductive organs if a woman has had surgery.

Eggs which attach outside the womb almost never develop into babies and can put their mother’s health, and even life, at risk.

In the UK there are around 11,000 ectopic pregnancies each year – about one in every 90 conceptions.

Things which increase a woman’s risk of developing an ectopic pregnancy include pelvic inflammatory disease, previous ectopic pregnancy, previous surgery on your fallopian tubes or a blockage, fertility treatment such as IVF, becoming pregnant while using an IUD, smoking, or being an older mother.

It is usually still possible to have a baby naturally after going through an ectopic pregnancy.

Only 72 women have been recorded to have become pregnant after having their womb removed, the researchers said.

And they believed this was only the third ever case of an ectopic pregnancy developing on the cervix in this way – and the first since 1968.

‘While a complete uterus is the typical site of gestation, it is not absolutely necessary for fertilization and implantation,’ wrote the medics, who were led by Dr Dawud Muhammed Ahmed.

They added ‘any reproductive-aged woman with at least one ovary and a means for sperm to meet egg’ could become pregnant.

The unnamed woman in the case report had not been using contraception because she was believed to be infertile and didn’t have periods any more.

She had the hysterectomy – surgery to remove the womb – when she gave birth to a stillborn baby by c-section six years before the life-threatening incident.

As well as the uterus, her ovary and fallopian tube on the right side were missing. They are presumed to have been removed in the same surgery.

The woman had surgery to remove the ectopic pregnancy from her cervix and to tie off the bleeding wounds in her pelvis.

The ordeal left her in intensive care and she had to spend nine days in hospital before being discharged.

The doctors wrote: ‘Our patient was close to death by the time the diagnosis was made.’

Her story was published in the Journal of Medical Case Reports.