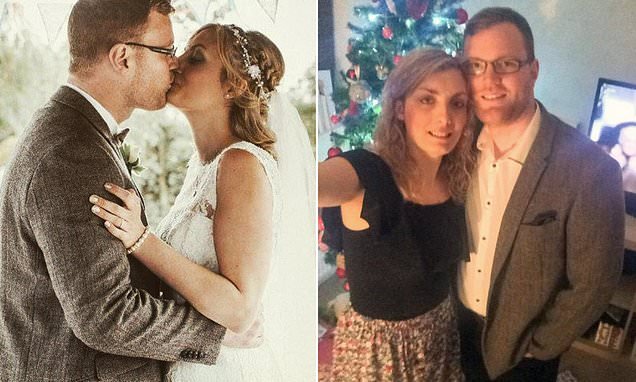 Woman who went through the menopause aged 20 launches desperate appeal for £9,000 for IVF to have her dream baby as NHS won’t fund the treatment

A woman who went through the menopause aged 20 has launched a desperate crowdfunding appeal to have her dream baby.

Jade Burns, 30, was devastated when she learned she’d be unable to conceive having been diagnosed with premature ovarian failure (POF).

She hadn’t suffered typical menopause symptoms, but was concerned that she had never had a period when starting university.

The healthcare worker has since suffered two miscarriages after becoming pregnant through IVF via an egg donor.

Now, her and her husband, Jon Burns, 30, are no longer eligible for more IVF through the NHS in her area, in Leigh-on-Sea, Essex, because they have had two rounds.

In a last ditch attempt to start a family, the couple are hoping to raise the £9,000 to try IVF another time. 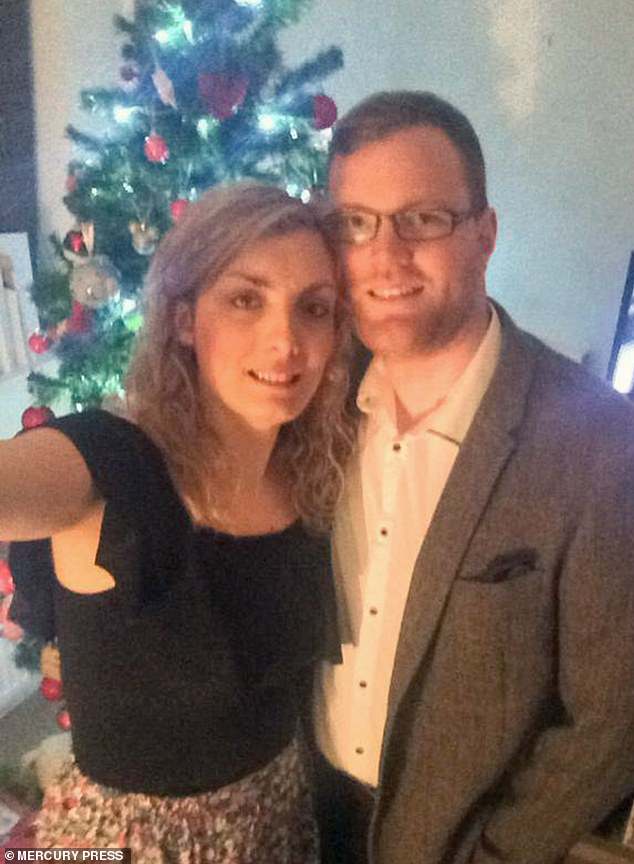 Jade and John Burns, both 30, have launched a crowdfunding appeal for £9,000 to have the baby they have always dreamed of 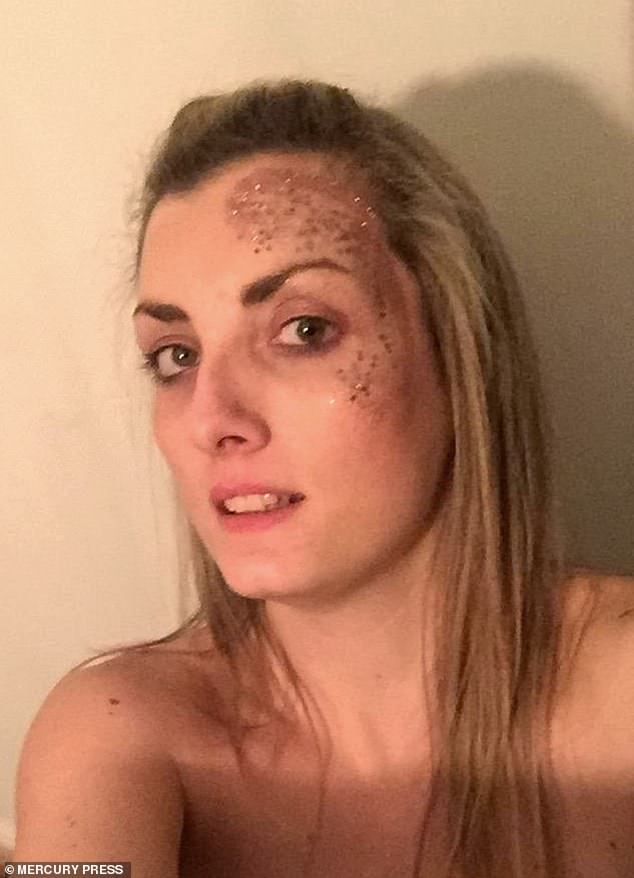 Jade Burns, 30, was devastated when she learned she’d be unable to conceive having been diagnosed with premature ovarian failure at the age of 20 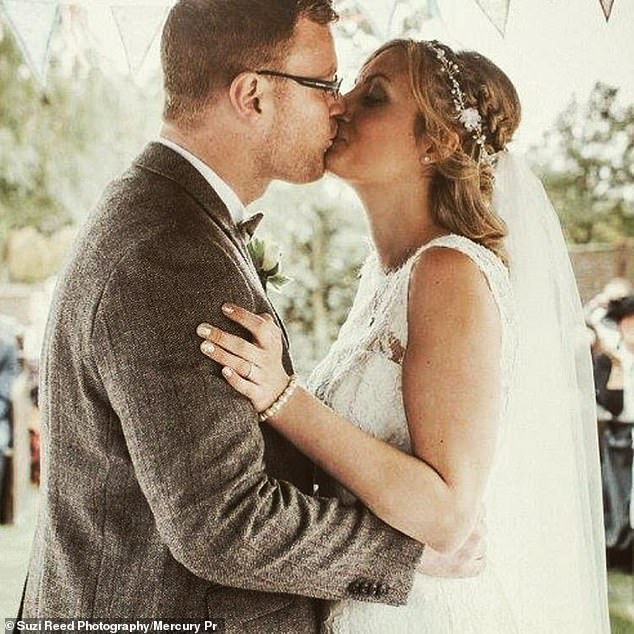 The healthcare worker suffered two miscarriages after becoming pregnant via an egg donor. Now the couple are no longer eligible for more IVF on the NHS in their area

Mrs Burns said: ‘I feel like this is our last chance. I always said I would try three times and that would be it.

‘I’ve thought about what my baby will look like, what we will call them, what school they would go to and what colour we’d paint the nursery.

‘I can’t see our lives without children in them. It’s not really an option.’

Having never had a period, Mrs Burns visited the GP at the age of 20 and after blood tests three weeks later was diagnosed with POF.

Mrs Burns said: ‘I hadn’t really had any hot flushes, but I did have aches and fatigue – although I’d put that down to another health condition.

‘About three weeks after I visited the GP, just before my 21st birthday, they told me I’d gone into early menopause.’

Mrs Burns added: ‘It was a shock. I’d never expected them to say that. I love children and always knew I’d want a family so it was extremely hard to comprehend. 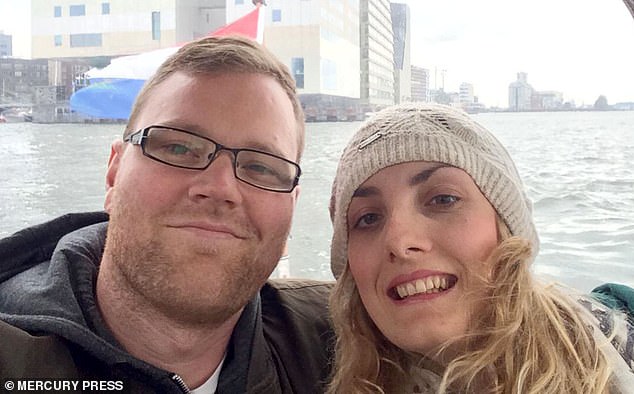 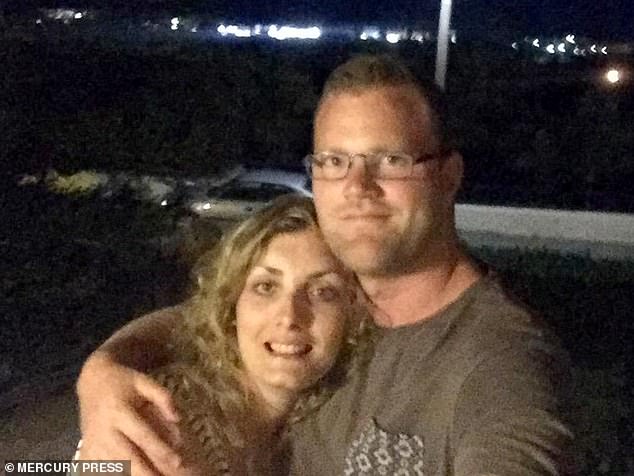 Seven weeks after having her first embryo implanted in April 2018, Mrs Burns had a miscarriage despite the pregnancy going well

WHAT IS PREMATURE OVARIAN FAILURE?

Premature ovarian failure is a loss of the normal function of the ovaries before a woman turns 40.

If the ovaries fail, they do not produce enough of the hormone oestrogen or release eggs regularly.

This often results in infertility.

It is different to premature menopause in that sufferers of the former condition have irregular periods for years and can even become pregnant.

But symptoms are often similar to menopause and include:

A woman should see her GP if she has missed her period for three months or more.

Premature ovarian failure may occur due to genetic defects, exposure to toxins like chemotherapy or an autoimmune disease.

It is more common in women over 35 and in those with a family history of the disorder.

Restoring oestrogen levels may help to prevent complications like osteoporosis that can occur as a result of low oestrogen.

Calcium and vitamin D supplements may also be important here.

There is no treatment that is proven to restore fertility in premature ovarian failure patients.

IVF via donor eggs may be an option for some couples.

‘I started to worry about my future. I was single at the time and wondered if I’d ever meet anyone who would want to marry me if I couldn’t have children.

‘You don’t feel like much of a woman. You feel like you’ve aged 30 years in the space of a couple of hours.’

For most women, the menopause starts between the ages of 45 and 55.

Mrs Burns had known engineer Mr Burns since they were 13 and the pair became a couple a year after Mrs Burns’ diagnosis with POF, before getting married in October 2016.

Mrs Burns said: ‘Jon always knew about my diagnosis and that if we were to have children it would be through IVF and egg donation.’

The pair had IVF and egg donor funding acknowledged in December 2016, two months after their wedding, and were matched with three donors between April and November 2017. Unfortunately these fell through.

They got a call to say they’d been matched with fourth donor on November 10, 2017. The couple had 13 embryos made, two of which were viable.

In April 2018, Mrs Burns had her first embryo implanted, just a couple of days after her 30th birthday. But seven weeks later she miscarried.

She said: ‘After an agonising two week wait we got our first positive pregnancy test and were over the moon. We could see this little dot on the scan.

‘It was going really well but then at five weeks I started bleeding. I had a reassurance scan and all seemed okay.

‘But a week later I went to the doctor because I’d been feeling sick and I started miscarrying in the doctor’s surgery. At seven weeks I miscarried.

‘It was incredibly distressing. I went to the hospital and they gave me a cremation form and that was the worst moment. At that moment I realised what they were telling me.’

She said: ‘When we found out I was pregnant the second time we felt more apprehensive. We’d told a lot of people the first time but kept it to ourselves the second time for fear of jinxing it. 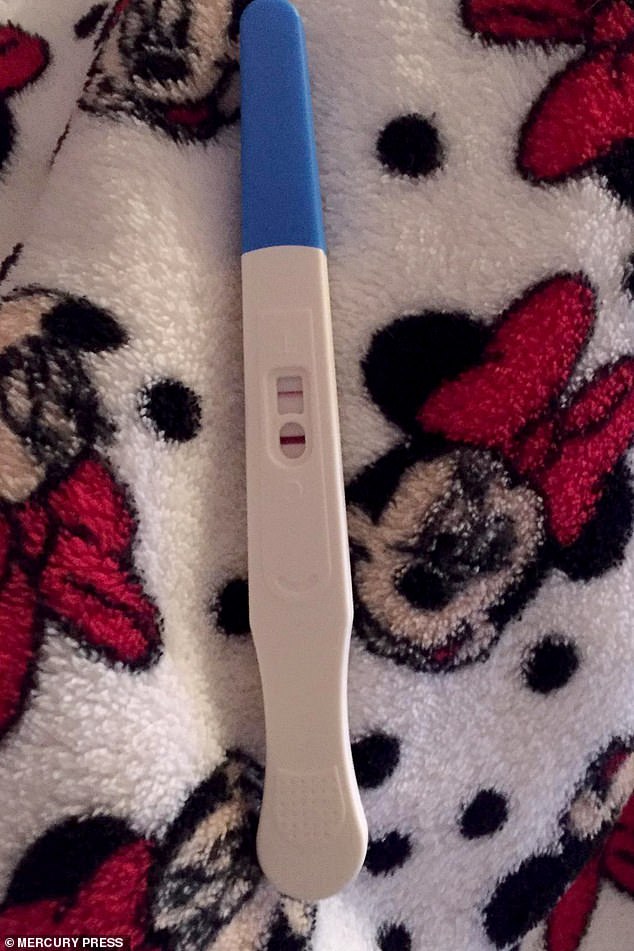 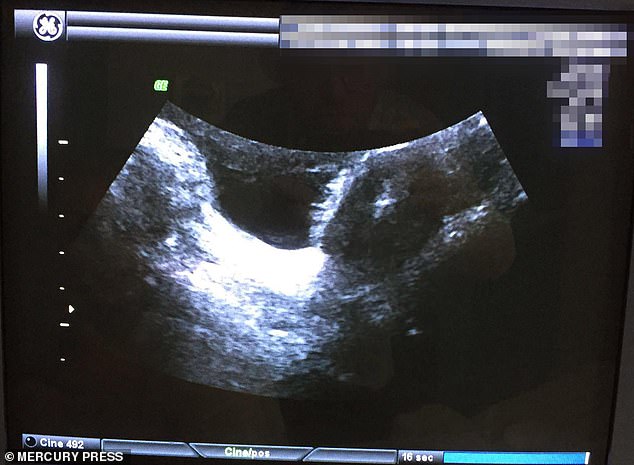 Mrs Burns said there wasn’t much support after her miscarriages. Pictured, the scan of her first baby before she lost it 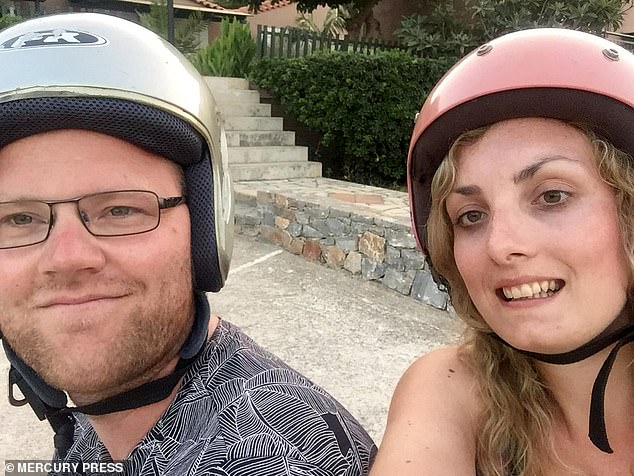 ‘The second time was probably more difficult because I really felt like that was it – that was our last chance and that it was the end of our family.’

Mrs Burns was left suffering from anxiety and depression after. But she said: ‘I’ve not lost hope.

‘We’ve always thought we would try three times before considering other options such as surrogacy and adoption.

‘I have a baby drawer with a little blanket and some clothes in it. We’ve called the babies we’ve lost our two little dots.’

The couple are now desperate to try once more before considering other routes and are seeking help to raise the £9,000 required.

Although the National Institute for Health and Care Excellence (NICE) recommends the NHS should fund women under 40 for three rounds of IVF, at the time Mrs Burns’ local Clinical Commissioning Group would only fund two rounds.

She said: ‘Asking for money is not what we wanted to do, but we see crowdfunding as a way of raising awareness of miscarriage, mental health and fertility.

‘Miscarriage happens to one in four women. I don’t feel there is a lot of support offered to help them deal with the mental and physical impact. It isn’t really spoken about and that’s something that needs to change.

HOW DOES IVF WORK?

In-vitro fertilisation, known as IVF, is a medical procedure in which a woman has an already-fertilised egg inserted into her womb to become pregnant.

It is used when couples are unable to conceive naturally, and a sperm and egg are removed from their bodies and combined in a laboratory before the embryo is inserted into the woman.

Once the embryo is in the womb, the pregnancy should continue as normal.

The procedure can be done using eggs and sperm from a couple or those from donors.

Guidelines from the National Institute for Health and Care Excellence (NICE) recommends that IVF should be offered on the NHS to women under 43 who have been trying to conceive through regular unprotected sex for two years.

People can also pay for IVF privately, which costs an average of £3,348 for a single cycle, according to figures published in January 2018, and there is no guarantee of success.

The NHS says success rates for women under 35 are about 29 per cent, with the chance of a successful cycle reducing as they age.

Around eight million babies are thought to have been born due to IVF since the first ever case, British woman Louise Brown, was born in 1978.

Related posts:
08/04/2019 Health News Comments Off on Woman who went through the menopause aged 20 desperate to have a baby
Categories
Recent Posts