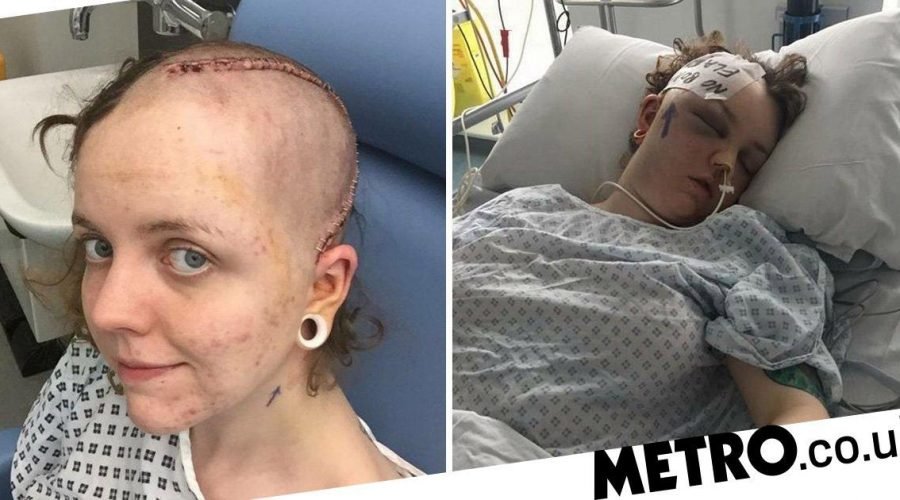 Now, almost two years after her stroke, Elizabeth has spoken out about her experience to raise awareness, after the Stroke Association discovered that more than 14 million Brits do not know where in the body a stroke actually occurs.

A survey by the charity also found that while almost half of the adults in the UK know someone who has survived a stroke, most don’t know how to support them through their recovery.

‘I would say since my stroke, my family and I have learnt together. At first, I found it very hard, as my family wanted to pander to me and do everything for me, just because they love and care for me,’ says Elizabeth.

‘Now we’re in a better routine and they know to wait for me to ask for help. They don’t automatically do things.

‘That’s the trickiest part, finding the right balance so that they are being loving and supportive without being overbearing and pushy.’

The charity has published its survey findings to mark the launch of its newest campaign, Rebuilding Lives, which aims to showcase the challenges faced by stroke survivors and those who support them with their recoveries.

The survey also revealed that one in ten people who knew a stroke survivor admitted to seeing them less after their stroke, while one in six said they spent less time with them because they perceived them to be ‘not the same person’ after a stoke.

More than eight in 10 people said they felt that having a greater understanding of what a stroke is would help them better support a survivor.

‘A stroke happens in the brain, the control centre for who we are and what we can do. The impact varies depending on which part of the brain is affected,’ explains Chris Larkin, director at the Stroke Association.

‘It could be anything from wiping out your speech and physical abilities, to affecting your emotions and personality. So, it’s a real challenge for everyone as they come to grips with this sudden and life-changing event.

‘These findings highlight the complexity of stroke and raise the desperate need among people to understand the impact of stroke in order to better support their loved ones.

‘There are more than 1.2 million stroke survivors living in the UK – many of whom are reliant on their friends and family, from help with daily living to understanding their emotional and mental health needs.

‘We’re urging those people who know someone who has had a stroke to help turn this around and fill this knowledge gap.’

MORE: Man asks how it’s possible to bleed from a period during the night if ‘the body shuts down’

MORE: Single dad, 25, insists homeschooling three children ‘is a joy’ – but his day starts at 4.30am

Related posts:
06/05/2019 Health News Comments Off on Woman had to learn to stand again after having a stroke at 22
Categories
Recent Posts