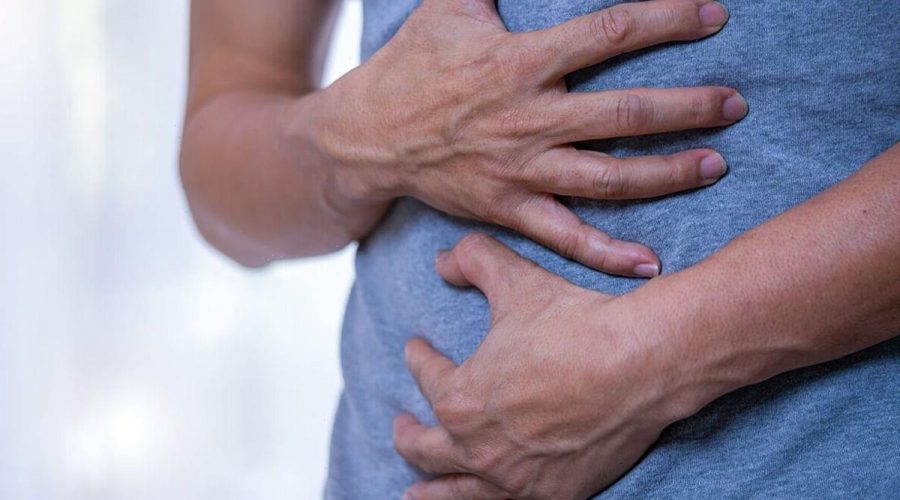 Kate was only 34 when she received that fateful diagnosis. At 34-years-old she had just passed my final set of professional exams: her ticket to finishing medical training to become a consultant anaesthetist.

She took a trip with her then boyfriend David to walk the Tongariro Crossing – a storied walk across a volcanic landscape – some time to get away and relax together after so many months of hard studying.

Then trouble hit. “We were looking forward to a trip to the UK to spend Christmas with family, but a couple of weeks before we were due to leave I developed some abdominal pain.”

Kate continued: “I put up with it for a week, continuing to go to work but my medical brain thinking through all of the potential causes.

“Bowel cancer never occurred to me even once in that time, I was only 34 and with no risk factors.”

According to Kate, after a week the pain became “unbearable” and so she went into the hospital where she worked.

A CT showed intussusception (one part of the bowel telescoped inside another part) and though the surgeon mentioned that in adults cancer is one possible cause of this condition, she still barely gave it a thought.

“That day I had an emergency hemicolectomy. I recovered well and was back home after four days.”

The next week she went back to the clinic to see the surgeon and get the histology results.

“I was holding a cake and a bottle of wine to give as a thank you gift when they told us my histology showed a stage 3 bowel cancer and I would likely need chemotherapy. I can still remember in crystal clear detail the shock and disbelief – David later told me he had feared this would be the case but hadn’t wanted to worry me. But at the time it was not even on my radar and all I could think was what would happen to David if I died?”

She left the hospital in a “daze”, not knowing what to do. She went for lunch and proposed to David that day.

“I felt like my life had been condensed down to living minute to minute – I had to get on and do the things I wanted right away. Of course he said yes!”

The next few weeks were a “bit of a blur”, Kate said. “Our trip was cancelled and instead I attended appointments – CT scans, to see the oncologist, and also to see the fertility specialists. We had already been trying for a baby for some years and now with chemo looming we decided to go ahead quickly with the first stage of IVF as a fertility preservation treatment.”

The chemo Kate was to have can have an unpredictable effect on fertility.

She said: “I feel incredibly grateful to the team at Fertility Associates who, over Christmas, still made it possible for us to successfully go through the first stage of our IVF journey at such short notice.”

Kate’s first chemo session was the 12th January 2018. “I struggled with side effects, and over the following six months of treatment had many, many ups and downs both physically and emotionally. There were some very long nights lying awake, terrified of dying and thinking ‘why me?’ But at some point I realised – why not me? Bad things can happen to anyone.”

She continued: “I was lucky that I had the wonderful support of David, and also our families who came from overseas to support us. I was able to take time off work, which was the right thing for me, and learnt a lot about what matters to me most in life and how to take time to get in tune with what makes me feel good.”

It’s almost five years down the track now. David and Kate got married half way through her six months of chemo. She was able to go back to work and is now a specialist anaesthetist.

“With the help of the fertility specialists, we now have two young children who, along with David, are the most precious people in the world to me.”

Kate continued: “Of course I still worry. Not every day, but sometimes I can still feel overwhelmed with remembering that time and thinking – what if it’s not gone? And after a bad round of the winter viruses recently which left me with pneumonia, I realised that for David too the fear of losing me still creeps up on him sometimes.”

The symptoms of bowel cancer can be subtle and do not necessarily make you feel ill. However, it’s worth trying simple treatments for a short time to see if they get better.

According to the NHS, more than 90 percent of people with bowel cancer have one of the following combinations of symptoms: