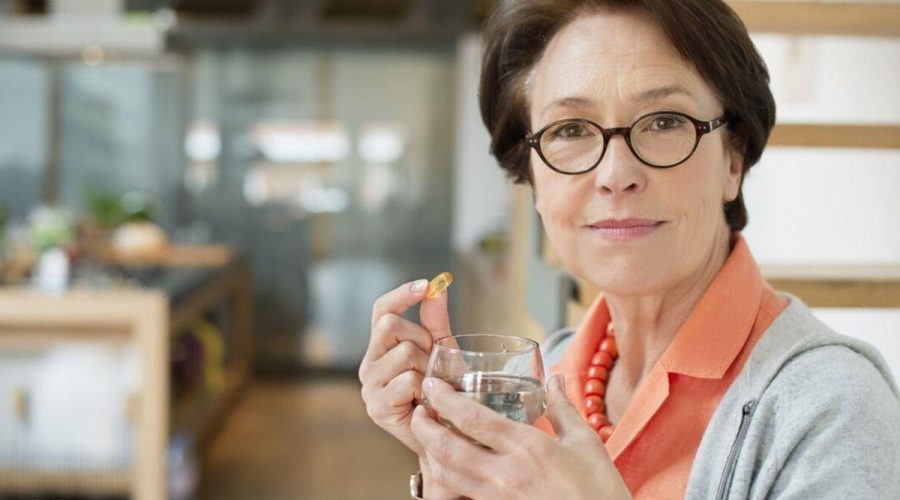 Dr Ellie on why people should be taking Vitamin D supplements

Yet, an adequate amount of the sunshine vitamin can reduce the risk of dynapenia, according to research. The study explored whether a vitamin D deficiency is a risk factor for dynapenia (the reduction in neuromuscular strength) in individuals aged 50 and older. Moreover, the research team investigated whether vitamin D supplementation could reduce such risk.

The analysis of 3,205 participants, who were non-dynapenic at the beginning of the study, were followed for four years.

At the start, vitamin D levels were measured and categorised as either “sufficient”, “insufficient”, or “deficient”.

“The incidence of dynapenia was determined by grip strength,” the researchers noted.

The follow-up analysis revealed that individuals without osteoporosis, who didn’t supplement with vitamin D and had a deficiency or insufficiency of vitamin D, were at risk of dynapenia.

In fact, less than 30nmol/L of serum vitamin D was a risk factor for the incidence of dynapenia.

Among individuals without osteoporosis and those who do not take vitamin D supplementation, the threshold of risk is higher (less than, or equal to, 50 nmol/L).

The loss of muscle strength in older age can be a major risk factor for falls, which could lead to injury and broken bones.

Professor of Gerontology at USFCar, Brazil, Tiago da Silva Alexandre said: “Vitamin D is known to participate in various functions of the organism.

“Actually, it’s a hormone and its many roles include helping to repair muscles and releasing calcium for muscle contraction kinetics.

“It was therefore expected to cause muscle alterations of some kind. That’s exactly what our study proved.”

Professor Alexandre added: “The results proved that the risk of muscle weakness is heightened by both vitamin D deficiency and insufficiency.”

The NHS also recommends everybody, including children over the age of four, should get adequate vitamin D from their diet during the autumn and winter months in the UK.

“Everyone (including pregnant and breastfeeding women) should consider taking a daily supplement containing 10 micrograms of vitamin D during the autumn and winter,” the health body notes.

Taking more vitamin D than required is also a health hazard, as it could lead to hypercalcaemia.

Hypercalcaemia is the excessive build up of calcium inside of the body that can lead to weakened bones.

Too much calcium could also cause damage to the kidneys and heart, so sticking to 10mcg of vitamin D daily “will be enough” for most people.

“Some people have medical conditions that mean they may not be able to safely take as much,” the NHS adds. “If in doubt, you should consult your doctor.”

In order to build muscle strength, in addition to vitamin D supplementation, working with resistance bands is also recommended.