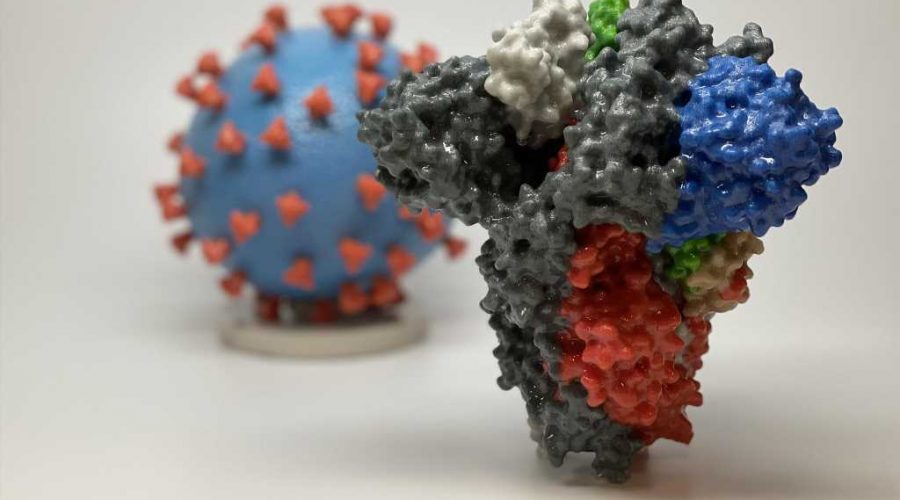 A new COVID-19 global surveillance system has been developed which can dynamically track not just where the virus is now, but where it is going, how fast it will arrive and whether that speed is accelerating.

“Now we can easily identify outbreaks at their beginning,” said Lori Post, the lead investigator and director of the Buehler Center for Health Policy and Economics at Northwestern University Feinberg School of Medicine. “You want to know where the pandemic is accelerating, how fast it is moving and how that compares to prior weeks.”

Post, James Oehmke of Northwestern, and Charles Moss of the University of Florida worked day and night over the past four months to develop the novel surveillance system, based on path-breaking research led by Oehmke.

“We can inform leaders where the outbreak is occurring before it shows up in overcrowded hospitals and morgues,” Post said. “Current systems are static and ours is dynamic.”

Northwestern is hosting a dashboard for the new COVID tracking system—open to anyone—with the new metrics as well as traditional metrics. Each country’s dashboard will be monitored in every U.S. embassy in the world to inform policy leaders around the globe. Users will have metrics of the whole world at their fingertips.

The new system and the first U.S. surveillance report will be published in the Journal of Medical Internet Research on Dec. 3.

The global surveillance app analyzes the virus in the same way the field of economics measures the expansion and contraction of the economy.

“These methods are tried and tested, but this is the first time they are being applied to disease surveillance,” Post said. “We had the model and metrics validated for medical surveillance and published. We know they work.”

Existing surveillance, which hasn’t changed much in 50 years, measures the caseload in terms of new and cumulative deaths and infections. They don’t identify significant shifts in the pandemic or sound the alarm when there is concerning acceleration of disease transmission signaling an outbreak.

The surveillance system can help U.S. embassies and missions support partnering countries to formulate and implement policies that mitigate COVID-19 or adverse outcomes such as food insecurity, and understand which policies are working best.

These new metrics also can help developed countries and their health systems prepare for swift changes in the pandemic.

“For example, relative to other countries, the Netherlands is a small country and doesn’t have the same caseload as some larger countries like Spain,” Post said, “But they have alarming signs right now—increased speed, acceleration and positive jerk and that means potential for explosive growth.”

Drilling down to county level to save state economies

In the U.S., if the pulse of one state is bad, the surveillance can drill down into the county level to identify where the problem is originating from. This would enable only the troubled areas to be under strict quarantine masking rules to preserve the state economy, Post said.

“Speed itself doesn’t tell us enough,” Post said. “We have to know the acceleration and how that compares week to week—jerk—to be prepared for what’s coming in the pandemic.”

Jerk is a measure of increasing acceleration and may help predict the stress the pandemic will place on health care systems. “Jerk can help turn a reactive policy response into a proactive policy response,” said Oehmke, adjunct professor of emergency medicine at Northwestern. Jerk is a physics term, Oehmke said, because until now the concept did not exist in the public health nomenclature.

“If you are the governor of New York, it is not helpful to prevent future outbreaks by looking at how many people already were infected by the novel coronavirus,” Post said. “You want to know what is going on now and what are likely scenarios in the near future. By looking at speed, acceleration and jerk, we can inform leaders where the outbreak is occurring before it shows up in overcrowded hospitals and morgues.”

The system also controls for incomplete data using state-of-the-art statistical methods. Existing surveillance picks up severe cases, Post said, so in the case of COVID, those numbers likely only represent 10% to 20% of caseload.

“We are picking up the dynamic characteristics of the pandemic,” Post said. “Pandemics move around and change. We are like air traffic controllers guiding in an airplane during a thunderstorm. The pilot can’t see. They don’t know where to go—they need information. We have to guide that plane on instruments. Analogously, we need to inform public health leaders when there are significant shifts to the pandemic.”

“The persistence effect measures the likelihood people newly presenting last week infected others who will present with COVID-19 this week, who are infecting others who will present next week, and so on,” Oehmke said. “To flatten the curve and end the pandemic, we need to reduce the persistence effect and eventually bring it to zero—that has to be a key policy objective.”

While persistence effects are known in financial market analysis, their application to pandemics is new.