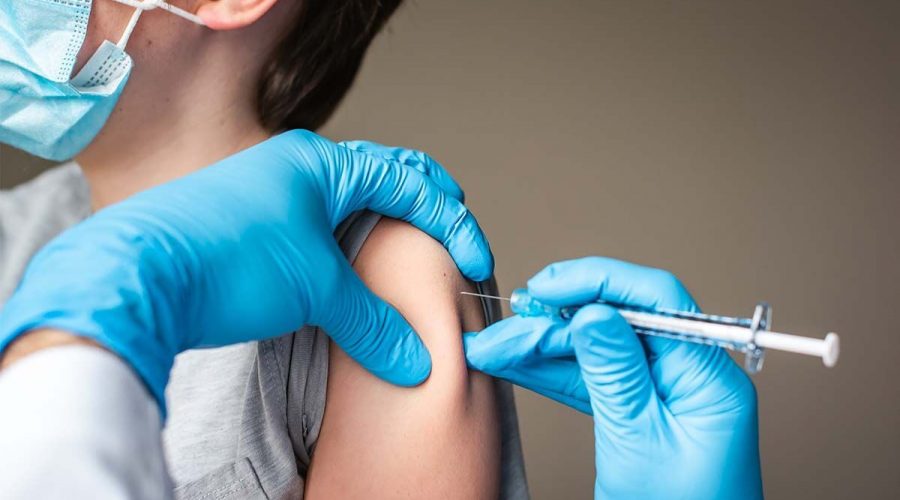 What is Strep A infection?

Strep A, or Group A Streptococcus, describes a bacteria that targets the throat and nose. Strep A usually causes a mild infection, such as strep throat, impetigo and scarlet fever. While invasive Strep A infections are rare, there has been an increase in severe cases this year. Despite this, there’s currently no vaccine that can guard against the infection. However, scientists might now be closer than ever before.

The efforts and research to discover Strep A vaccine have been ongoing since the 1940s.

Previously speaking on Radio 4’s Today programme, Professor Adam Finn from the University of Bristol shared Strep A had been neglected in terms of jab development.

He said: “There is a desperate need to make a vaccine against this bug. It’s a very neglected bug it causes a lot of problems.”

However, a vaccine that protects against Step A could be on the horizon after scientists made a breakthrough in understanding how the body fights off the pesky bacteria, according to the journal EMBO Molecular Medicine.

READ MORE: Early cancer warning signs that could be mistaken for a hangover – doctor

Swedish researchers have found an antibody that can help fight off Strep A bacteria in an unusual way. They believe this could be key to developing a jab.

The researchers from Lund University looked at the blood of patients who recovered from a severe Strep A infection to determine how their immune system had fought off the bacteria.

This allowed them to map the antibodies that their bodies produced when they were unwell.

This approach helped to identify the antibodies that could be harnessed for medicines or vaccines once an infection has occurred.

The team explained that this antibody works in a “rare” way against Strep A that has “never been described before” and “could explain why so many vaccine attempts have been unsuccessful”.

Antibodies are shaped like the letter Y. The one they spotted, called Ab25, used its two “arms” to hook onto two different parts of a protein on the surface of the Strep A bacteria – called the M protein.

Usually, antibodies use one arm to bind to a single site, the researchers said. But this process is ineffective against Strep A.

Doctor Wael Bahnan, one of the study authors, said: “This opens up possibilities where previous vaccine attempts have failed and means that the monoclonal antibody we used has the potential to protect against infection.”

What’s more, the researchers tested the antibody in animals and found it was able to produce a “strong immune response against the bacteria”.

The team has now applied for a patent based on their finding, and hope the antibody will eventually lead to Strep A treatments and vaccines.

Study author Professor Pontus Nordenfelt said: “Normally, an antibody binds via one of its two Y arms to its target protein at a single site, regardless of which of the two arms is used for binding.

“But what we have seen – and this is vital information – is that the two Y arms can recognise and hook onto two different places on the same target protein.”

This new research comes after the UK Health Security Agency confirmed last week that five more children had died from Strep A – bringing the death toll to 24 since September.

The number of children in Britain who have died from Strep A is higher than expected for this time of year.

The bacteria can in exceptionally rare cases cause invasive Group A Streptococcal (iGAS), which can be life-threatening.

Two of the most severe forms of this invasive disease are necrotising fasciitis and streptococcal toxic shock syndrome.

The main treatment for Strep A is antibiotics, with experts revealing there were five times more prescriptions for penicillin dished out last week compared to the previous three weeks.

Related posts:
28/12/2022 Health News Comments Off on Vaccine against Strep A could be on the horizon – new research
Categories
Recent Posts