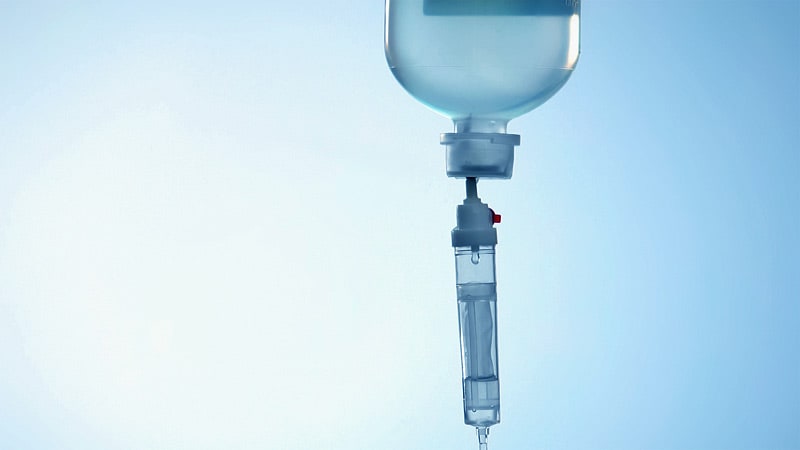 The number of Americans hospitalized because of the flu has hit the highest levels the country has seen in at least a decade, the CDC said Friday.

But the number of deaths and outpatient visits for flu or flu-like illnesses was down slightly from the week before, the CDC said in its weekly FluView report.

There were almost 26,000 new hospital admissions involving laboratory-confirmed influenza over those 7 days, up by over 31% from the previous week, based on data from 5,000 hospitals in the HHS Protect system, which tracks and shares COVID-19 data. 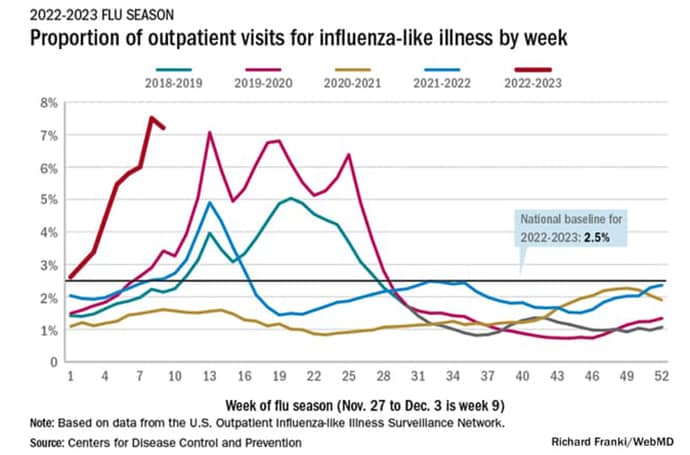 The cumulative hospitalization rate for the 2022-23 season is 26.0 per 100,000 people, the highest seen at this time of year since 2010-11, the CDC said, based on data from its Influenza Hospitalization Surveillance Network, which includes hospitals in select counties in 13 states.

On the positive side, the proportion of outpatient visits for influenza-like illness dropped slightly to 7.2%, from 7.5% the week before. But these cases from the CDC’s Outpatient Influenza-like Illness Surveillance Network are not laboratory-confirmed, so the data could include people with the flu, COVID-19, or respiratory syncytial virus (RSV).

The number of confirmed flu deaths for the week of Nov. 27 to Dec. 3 also fell slightly from the last full week of November, 246 vs. 255, but the number of pediatric deaths rose from two to seven, and total deaths in children are already up to 21 for 2022-23. That’s compared to 44 that were reported during all of the 2021-22 season, the CDC said.

“So far this season, there have been at least 13 million illnesses, 120,000 hospitalizations, and 7,300 deaths from flu,” the agency estimated.

Related posts:
12/12/2022 Health News Comments Off on US Sees Most Flu Hospitalizations in a Decade
Categories
Recent Posts