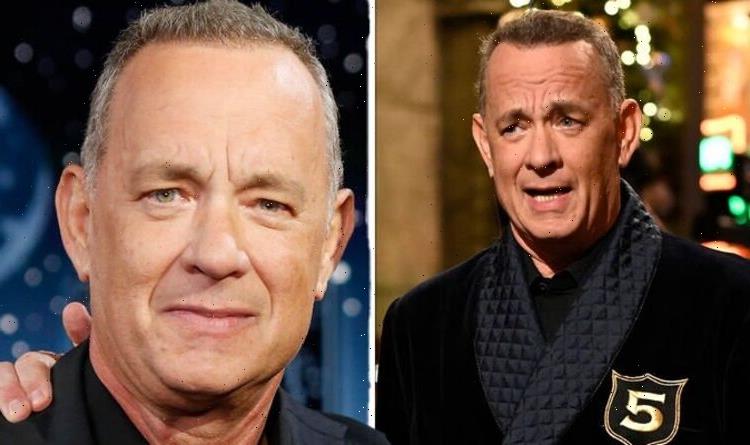 News of the World: Tom Hanks stars in trailer

The 65-year-old has appeared in many hugely successful films, most notably the Toy Story franchise, Castaway and the 1988 fantasy Big, which is being aired tonight (Saturday, March 19) on Channel 5. Overall the star has remained in remarkably good health during his career. Successfully able to keep his type 2 diabetes under control, and a stent in his heart to keep him healthy, the only major health worry the star has had is when he and his wife Rita Wilson came down with COVID-19 back in 2020. The pair tested positive during the early days of the first pandemic, and went on to both suffer from adverse side effects.

Speaking to The Guardian back in July 2020, Hanks revealed more about his experience with the virus and the symptoms that caused him trouble.

In Australia at the time they tested positive, the pair were hospitalised for three days, and became some of the most famous people in the west to be diagnosed with the virus.

“Our discomfort because of the virus was pretty much done in two weeks and we had very different reactions, and that was odd,” Hanks replied when asked if he was feeling any long-term symptoms.

“My wife lost her sense of taste and smell, she had severe nausea, she had a much higher fever than I did.

“I just had crippling body aches, I was very fatigued all the time and I couldn’t concentrate on anything for more than about 12 minutes.

“That last bit is kinda like my natural state anyway.

“But as long as our temperatures did not spike, and our lungs did not fill up with something that looked like pneumonia, they were not worried.

“I’m not one who wakes up in the morning wondering if I’m going to see the end of the day or not. I’m pretty calm about that.”

In a separate interview shortly after, Wilson was asked similar questions about how she coped with COVID-19, which she described as scary.

“We both had a high fever and were extremely achey. I lost my sense of taste and smell, had stomach issues and shivering like you wouldn’t believe. Yeah, I was scared,” she said.

“Extreme nausea, vertigo, my muscles felt like wet noodles, so I couldn’t really stand. We were just trying to get through it.”

Despite Hanks and Wilson having the virus nearly two years ago, cases in England are still prevalent and in fact on the rise in some parts of the country.

The removal of all restrictions such as mask wearing and self-isolation was lifted last month as part of the government’s Living with Covid plan, but since, experts such as genetic epidemiology Professor Tim Spector have warned of cases rising in the eldery.

In spite of his warning, Prof Spector said the ZOE app, which King’s College London works with to record daily Covid figures, was now being “cancelled”, accusing the government of “wanting to get rid of the data and moving on”.

In the latest data provided on March 16, 516,289 people tested positive for Covid, a 49.2 percent increase on previous statistics.

According to the NHS there remain three general symptoms of coronavirus. These are:

But with multiple variants there is some confusion as to whether symptoms vary between strains or have different levels of contagiousness. In December and over the New Year, the UK was hit by a wave of infections caused by the Omicron variant, also known as BA.1, after it spread from southern Africa. Reports from individuals who have had the Omicron variant explains that the five most common symptoms include:

In January of this year, the variant named Deltacron was discovered in some parts of the UK. It is understood that the variant was created by someone infected with Delta and Omicron at the same time and their cells replicating together. Although there are so few cases, symptoms tend to be the same as other strains and include a cough, fever and change in sense of taste or smell.