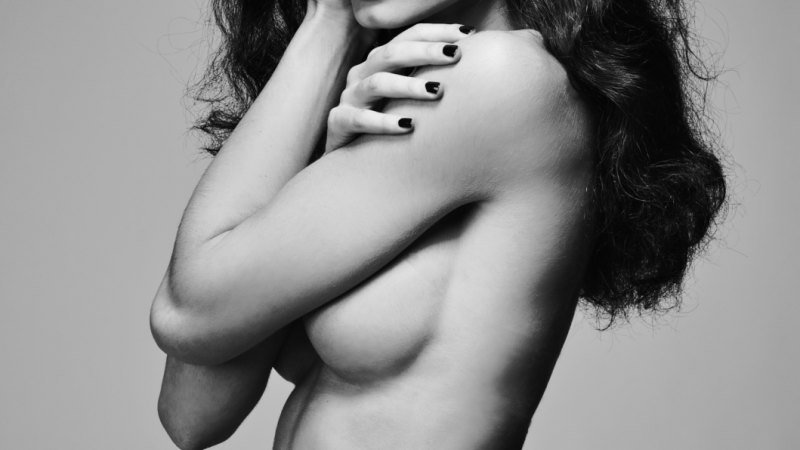 "The first time I saw Zoe* after the operation she looked the same, only more svelte: people ask her whether she's lost weight. "And I have: 1100 grams from my boobs!" she says with a laugh. But it wasn't about aesthetics: unlike breast augmentations, reductions are about health, rather than appearance.

Having big breasts has a clinical term (macromastia) and a long list of recognised symptoms, but it's still seen as more of a joke than a problem. But there's nothing funny about the symptoms: pain, and lots of it. 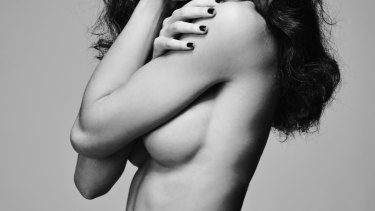 Around 95 per cent of women who come for a breast reduction do so because they’ve become tired of continuous pain.Credit:Stocksy

According to Gazi Hussain, vicepresident of the Australian Society of Plastic Surgeons, "Around 95 per cent of women who come for a breast reduction do so because they've become tired of continuous pain: neck, back, shoulder, bra straps digging into their shoulders."

Huge breasts can also lead to skin irritations and discomfort when moving and sleeping. Then there's the lifestyle restrictions: women want to be able to exercise, be comfortable, wear fitting clothes and be looked in the eye.

A reduction mammoplasty involves a general anaesthetic and two (sometimes three) incisions: one around the nipple, and a vertical cut stretching from that incision to the breast crease. Excess fat, tissue and skin are removed, before they're sewn back up. Hussain prepares patients for up to four days in hospital, three weeks off work and eight weeks until their breasts feel "normal".

Hussain has at least a couple of consultations with each patient before surgery, with results personalised: "Some patients will want to go as small as they possibly can, while others will still want to have some size to their breasts. It's very much a joint discussion." An average of half a kilogram is removed from each breast, although Hussain has removed five kilograms from one patient. Results are permanent, too: even if a patient's breasts grow due to weight gain or pregnancy, her cups runneth over from a smaller initial size.

According to Hussain, breast reduction is one of those surgeries where happy patients are almost universally guaranteed. "I've lost track of the women who have said to me, 'I don't know why I didn't get this done earlier. This is the best thing I've ever done in my life.'"

Reductions are also very common. Hussain guesses the procedure is twice as popular as cosmetic breast implants. In my own unscientific sample, four girls in my school year of 125 have had the surgery. "It's not something we need to advertise," says Hussain. "Most women seek out surgery because of their symptoms. A patient will then tell others about it because it's made such a difference to her life."

As with any surgery, there are risks of infection and other complications. Scars are inevitable, and there's a small risk breast-feeding can be affected. The main drawback is cost, with the entire procedure costing from $10,000 to $20,000 – similar to cosmetic implants. It's hard to get surgery through the public health system, but some money can be claimed back through Medicare and private insurance if the procedure is deemed medically necessary. (Hussain says patients with good private health cover undergoing a reduction in a private hospital will be out of pocket from $4000 to $10,000.)

For macromastia sufferers, there's little alternative. Advice is often centred around significant weight loss or buying professionally-fitted bras. Or learn to accept yourself by talking to a counsellor.

But for those who have surgery, the results are life-changing. Zoe's include a "normal" wardrobe, and being able to do a downward dog without suffocating in her own cleavage.

*Name has been changed.

This article appears in Sunday Life magazine within the Sun-Herald and the Sunday Age on sale May 12.