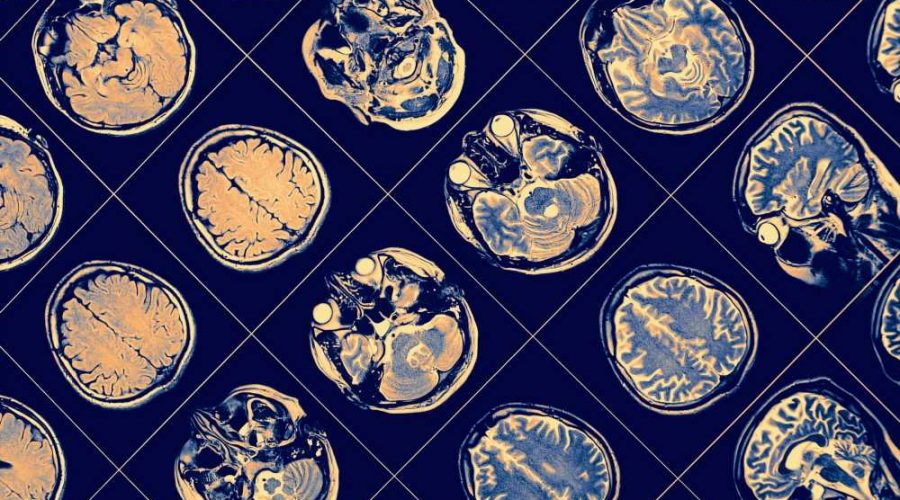 Parkinson's disease (PD) is a neurodegenerative condition that hampers movement and ultimately results in the loss of independence. A new study published in the journal Nature Communications discusses the links between this condition that affects the brain and changes in the gut microbiome that may predate brain changes.

Professor Haydeh Payami, the senior author of the study, says, "We found evidence for multiple mechanisms that we know are linked to PD, but we didn't know they were happening in the gut also and are orchestrated by the microbiome." 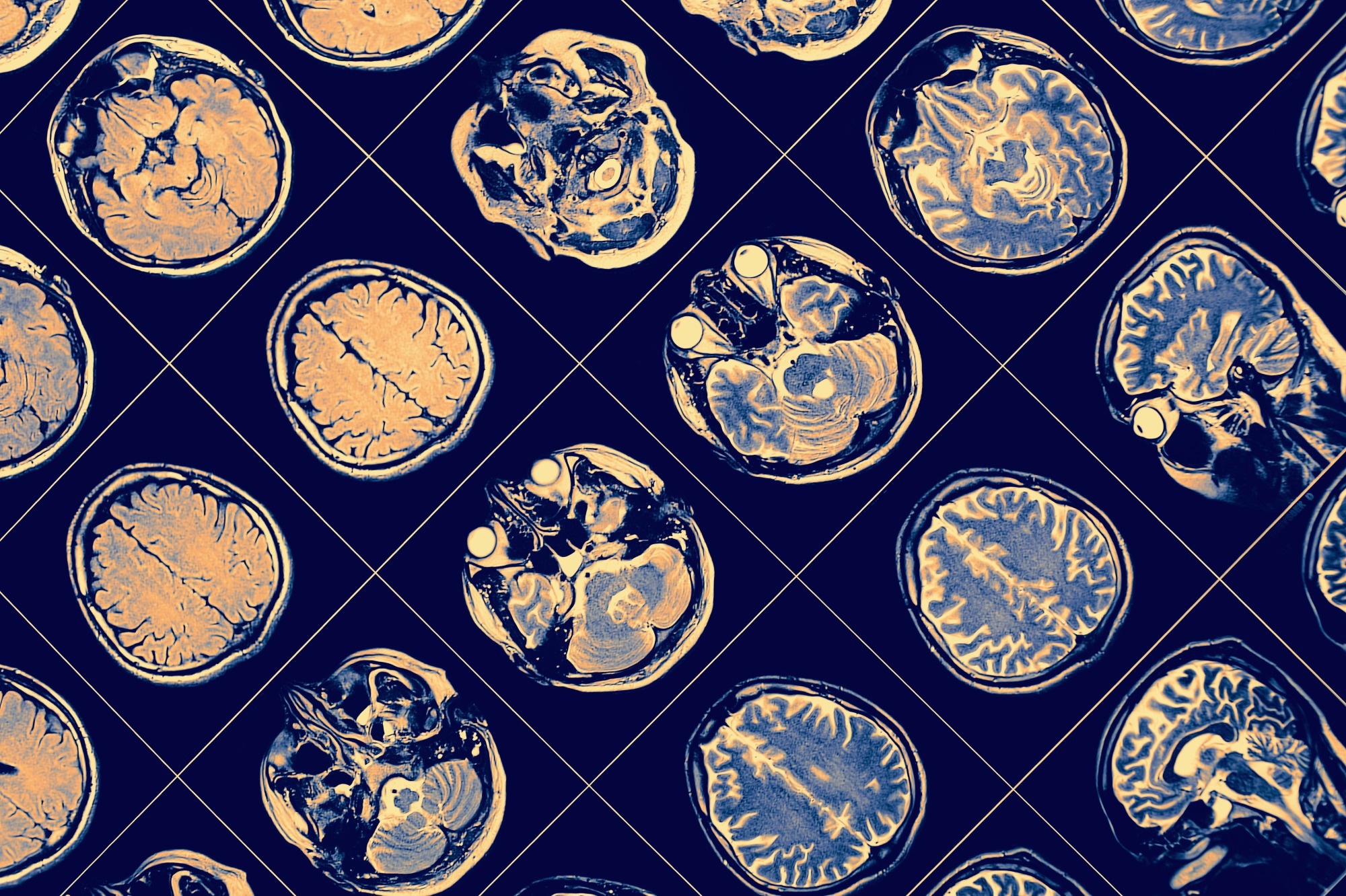 PD affects millions of people worldwide, and the number of its victims is predicted to hit almost nine million by 2030. Though classified as a movement disorder, it affects multiple systems, with the earliest signal often being constipation. This could herald the onset of PD decades later.

Several causes may underlie PD, including genetic susceptibility and environmental risk factors. In most cases, no cause is identifiable. However, Braak's hypothesis traces non-familial PD to gut infection, following a long-known pattern of constipation, loss of epithelial barrier integrity in the gut, and inflammation. In addition, early PD has been associated with the presence of alpha-synuclein bodies within gut cells.

Some evidence from epidemiological and experimental studies shows that PD may begin in the gut. In turn, the gut microbiome regulates the disease mechanisms at work in PD.

The current paper's authors showed previously that curli, a protein produced by the bacterium Escherichia coli (E. coli), induces alpha-synuclein clumping and speeds up the disease process in the gut and the brain.

Few studies exist on the association of PD with the microbiome, primarily based on 16S rRNA gene amplicon sequencing. This allows only genus-level identification of species.

The current paper is based on metagenomics, which implies using all the genetic matter obtained from a community of organisms. The study aimed to provide a large-scale view of how the gut microbiome was altered in PD. It was carried out by researchers in the NeuroGenetics Research Consortium, NGRC, using a large number of samples and deep sequencing.

Using shotgun sequencing techniques on the human gut microbiome allowed the highest resolution to be achieved to the level of species. This is the most extensive study of its sort.

The study included a new cohort of 490 PD patients, with 234 controls without obvious neurological disease (healthy controls, HC). Over 90% of both cohorts had crossed 50 years, with a mean control age of ~66.

All the participants came from the Southern states of the USA, with over half living together as spouses. This allowed for geographical and environmental uniformity. Samples were taken from the stool for shotgun sequencing.

What did the study show?

The researchers found several striking findings. Not only did the results confirm that dysbiosis is frequent and significant in PD patients, but they also identified the species responsible for such dysbiosis.

Multiple gut problems were identified, with constipation being six times more common in the PD cohort. They also reported three times higher levels of gut discomfort. However, alcohol intake and food intake was reduced by 40% in this cohort, the latter covering all food categories except grains.

A four-fold increase in laxative use was seen among PD patients, who also tended to use antidepressants and sleep promoters twice as frequently. Pain medications were used 1.6-fold more. Interestingly, HC used probiotics more commonly, with PD patients using them 40% less.

Despite this, the common probiotic species Lactobacillus and Bifidobacterium were more abundant in PD patients than HC. The metagenomic profile differed overall between the two cohorts, primarily due to increased dispersion in PD patients. This could be because multiple mechanisms could underlie PD, each causing a different microbial pattern.

Overall, the scientists showed that many species changed in abundance, with opportunistic pathogens becoming overabundant. In addition, immunogenic molecules were also produced. These could induce inflammation and infection, along with the overproduction of toxic molecules and curli.

They also generated a functional profile of the gut microbiome in PD, showing which genes and pathways in gut cells were likely to be disrupted as contributors to PD manifestations. The dysbiosis in PD patient gut involves about a third of the genera and species tested.

The elevation in different species ranged from 5-7-fold. About 36% of the species associated with PD changed in abundance by at least two-fold, which indicates an increase or a decrease by 100% to 750% in PD. They also found 62 species to be associated with PD, a unique association being present with 32 of them, while in the rest, an additional association was found with laxative use or alcohol abstinence, both characteristic of PD patients.

Of the 55 species increased in PD, 11 of them are Gram-negative, but only one of the 29 species shows a reduction. The latter, Prevotella capri, is known to produce a non-inflammatory LPS and has anti-inflammatory effects by inhibiting the pro-inflammatory Toll-like receptor (TLR) -4 signaling pathway.

The scientists also found several co-occurring species as well as those that show reciprocal changes in abundance. They found several species to be depleted, including those like Roseburia species and Faecalibacterium prausnitzii, that produce short-chain fatty acids (SCFAs).

SCFAs are essential for gut motility and epithelial barrier integrity and have anti-inflammatory effects, all related to PD-associated gut features.

In contrast, Bifidobacterium species increased in abundance, indicating the potential for competitive interactions. Some opportunistic pathogens were also identified as more abundant and prevalent in a tight cluster of species characteristic of clinical infection but not in HC.

Confirmation and resolution of earlier results

The results confirmed most of the earlier associations at the genus level, in 13 of 15 cases, that were found more commonly in PD gut microbiome. These belonged to opportunistic pathogens, SCFA-producers, and reciprocally changing Lactobacillus and Bifidobacterium clusters. This validated the earlier 16S study findings while extending them to the level of species.

The study also resolved some contradictory findings from earlier research, showing they were due to false assumptions of homogeneity across genera in a given disease. Thus, both Prevotella and Streptococci were found to comprise different species, some of which increased and others decreased in association with PD.

The study also showed the importance of testing at species, genus, and cluster levels, which complement each other and thus allow even rare species to assume significance if they produce a signal in combination with others with similar effects. Also, it allows researchers to identify clusters of organisms that occur at higher levels in disease states, even if all the species involved are not pathogenic.

They also found that up to two-thirds of metabolic pathways detected are dysregulated in PD. These include those responsible for LPS production by adding immunogenic glycolipids and sugars and fatty acids that make up the cell envelope. Others encode potent immune stimulatory molecules.

Again, genes encoding the breakdown of proteins and amino acids were enriched in PD, indicating a shift to using these molecules for energy or as carbon sources instead of sugars. Mucin is one such source, and increased mucin degradation could contribute to the increased gut permeability in PD.

Other important changes were detected in the aromatic amino acid pathway, glutamate/glutamine synthesis, and especially in tryptophan biosynthesis, a serotonin precursor. The latter is found at the highest levels in the gut and could be an early marker for the diagnosis of PD as well as a late marker for cognitive decline. In addition, serotonin affects gut motility and could be related to constipation in PD.

Other pathways linked to energy production and metabolism include breaking down neuroprotective molecules like trehalose and nicotinamide faster in PD, limiting their therapeutic efficacy. E. coli that produces curli was also enriched in PD, along with curli-encoding genes.

Neurotransmitter molecules were also found to suffer from dysregulation, both in their production and their metabolism. This could affect their levels in the brain as well. For instance, dopamine is low due to the progressive loss of dopamine-producing cells in the brain, which defines PD. This could be related to the identified overactivity of the tyrosine decarboxylase/aspartate 1-decarboxylase gene family K18933, which metabolizes the dopamine precursor tyrosine, limiting dopamine production by both the bacteria and the host.

Tyrosine decarboxylase (TDC), which breaks down dopamine before it reaches the brain in the gut, is encoded by the tdc gene in two bacterial species, both of which can break down tyrosine efficiently. As their abundance increases in the gut, the efficacy of L-dopa, which is the primary therapy for PD, decreases in proportion.

The findings suggest an overall elevation of pro-inflammatory microbial species in PD and an increase in inflammatory signaling genes and pathways mediating host-microbial signaling. Inflammation is a significant contributor to the mechanism of disease in PD. The increase in Gram-negative bacteria in PD could explain the inflammation, as these carry lipopolysaccharides (LPS) in abundance on their surface and are potent stimulators of inflammatory immune responses via the TLR4 pathway.

"The dataset itself is a substantial contribution to open science," say the authors, with the metadata on the largest PD cohort so far to have microbiome samples along with healthy controls. The results indicate "a widespread dysbiosis in PD metagenome that is indicative of an environment permissive for neurodegenerative events and prohibitive of recovery."

The results show how data can be transferred back and forth between human and experimental studies.

Future studies are likely to be more fruitful as better tools and analytical programs are evolved to examine the full range of data from such metagenomics research. This could help in all areas of PD, from causation to biomarkers to disease progression to prevention or therapy.