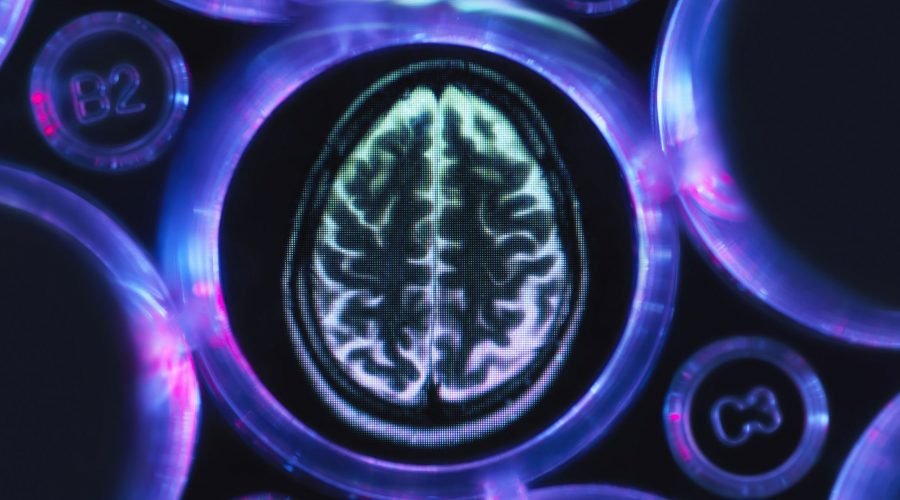 This week, a study published in Proceedings of the National Academy of Sciences uncovered a disturbing fact about our brains: At every age, female brains appear an average of a few years younger than their same-age male counterparts.

This advantage may make women less susceptible to aging-related changes. Other research supports that: Aging women, for example, have outperformed men on cognitive tests and earlier research found less memory decline in aging women compared to men. So what does this really mean?

It means scientists know a little bit more about the aging trajectory of men’s and women’s brains.

This new study looked at brain metabolism—how well the brain converts glucose into fuel—and at its oxygen use and blood flow. The team of scientists, led by Manu S. Goyal, M.D., an assistant professor of radiology and neurology at Washington University in St. Louis, used brain imaging data from a group of more than 200 people, with ages ranging from 20 to 82. They used a machine-learning algorithm to analyze the data, finding that the female brains consistently appeared younger (based on metabolism) than their male peers. The difference was also consistent across age groups, suggesting that early development sets the trajectory for brain aging later in life.

The aging data is important for researchers: The results suggest differences between the sexes in how brains change over time, and the study is part of a larger research program looking to understand the relationships among aging, sex, body and brain metabolism, and Alzheimer’s disease, explained Dr. Goyal via email. Studying aging often means studying people over time, and that means that this data will only get more meaningful and relevant as people are studied for longer.

It doesn’t mean that you need to find a way to halt brain aging.

Which is good, because right now, there’s no scientific brain “anti-aging” program (but there are keep-your-brain-healthy-at-any-age strategies, see below). “Some of the things that happen with brain aging might be normal and even healthy,” says Dr. Goyal. An older brain isn’t always a diseased brain. “For example, a centenarian might remain cognitively intact and physically active despite having aged,” he says. Reversing aging, he says, “could help, but it may not do anything and potentially could even cause harm.”

“We call Alzheimer’s disease a ‘disease of aging’ because it is more and more common as people live longer,” Jason Karlawish, M.D., a professor of medicine Medical Ethics at the University of Pennsylvania Perelman School of Medicine, who did not participate in the study, says via email. “That’s simply an observation.” But Alzheimer’s is not an inevitable result of aging, Karlawish explains; it’s a disease.

It does mean that you should get on your game now about keeping your brain healthy.

Until scientists know more about aging and brain disease, scientists say that you can help keep your brain in shape and mitigate your risk of Alzheimer’s, which affects more than 5.7 million Americans.

Poor sleep has been associated with higher levels of Alzheimer’s-related proteins. Murali Doraiswamy, M.D., a professor of medicine at Duke University, also points out “leading a heart-healthy lifestyle is the best way to lower risk.” That means a good diet with lots of plants, and a brisk walk at least four times a week. Staying mentally active and socially engaged can also help mitigate general cognitive decline. New research also suggests that keeping blood pressure where it’s supposed to be can also help prevent cognitive impairment.

This new research suggests some tantalizing possibilities for understanding brain aging and aging-related diseases such as Alzheimer’s; it’s also preliminary and it will likely be years before we understand all of the ramifications. But while we wait, there’s nothing stopping us from trying to keep our brains as glitch-free as possible.

Related posts:
07/02/2019 Health News Comments Off on So Men's Brains Are Older Than Women's. Should You Be Worried?
Categories
Recent Posts