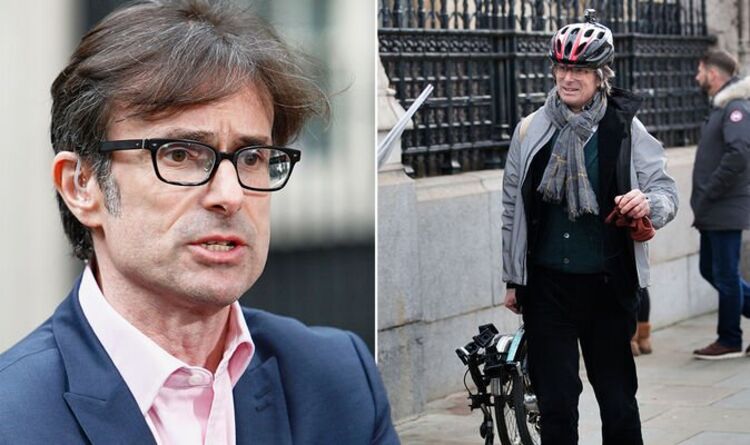 The presenter’s wife died aged 51 from lung cancer. After just a short break for funeral preparations, “wills and all that” and typing up a book that she had written, Peston was back to work at the BBC job he had at the time.

In an interview with Event Magazine, the ITV journalist talked about the whole ordeal.

He said: “‘I did everything. I organised the funeral and dealt with all the awful things you have to do when somebody dies, the wills and all that.

“I typed up the last book that she’d written, which was left in note form, then I went back to work and I made sure that Max had the support he needed, because it was his bloody GCSE year.

Peston, who shortly after became hospitalised, believed that this all had a toll on his body.

He was diagnosed with reactive arthritis, joint pain and swelling which is triggered by an infection in other parts of the body.

“All my joints swelled up and I was very weak for a period. I took about six weeks off, but fortunately, I have made a full recovery,” Peston said.

“I think my body was just saying, ‘Stop! You have to be kinder to yourself’”, he added.

He also suggested that around the time of the hospitalisation, he did have post-traumatic stress, or PTSD.

While Peston was having a Christmas meal with his son Max and his son’s half-brother around the time his wife died, their home was burgled.

The burglary resulted in his late wife’s rings being stolen–rings he was going to donate to the boys as they got married, he said:

“I think I did have post-traumatic stress for a period. I was in shock. It took me a while to get through it.”

According to a study by Columbia University, New York in the Psychological Bulletin Journal, there is a clear link between PTSD and a lower immune response.

The study identified a number of genes responsible for healthy immune function which were altered by PTSD.

It is not a common disorder and symptoms tend to disappear after a year.

The symptoms of the condition, according to Mayo Clinic include:

There are a number of risk factors, outside of emotional stress, including age, sex, and hereditary problems.

Painkillers, such as ibuprofen can be used to relieve pain and stiffness.