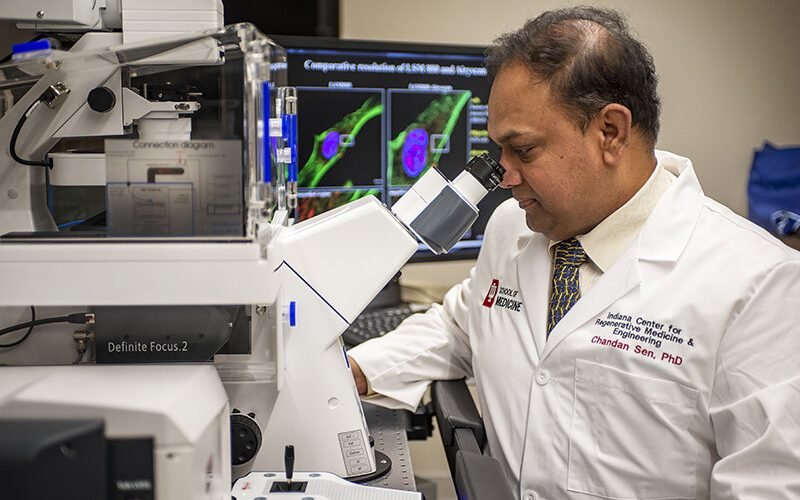 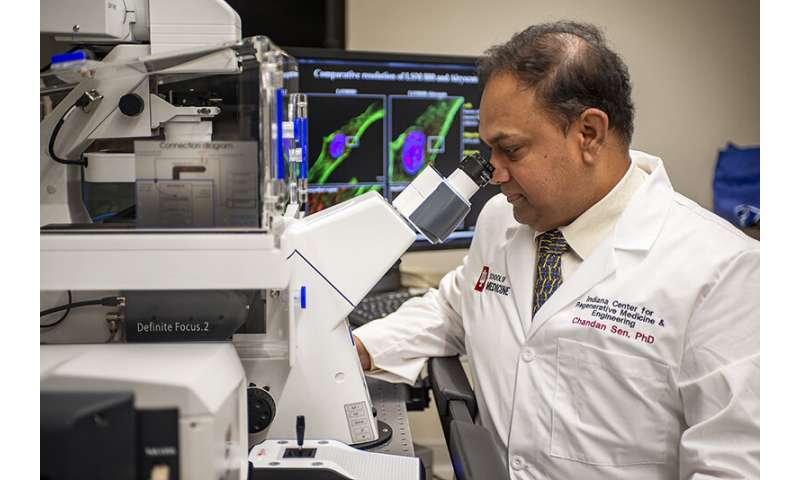 Researchers at Indiana University School of Medicine have found a way to charge up the fight against bacterial infections using electricity.

Work conducted in the laboratories of the Indiana Center for Regenerative Medicine and Engineering, Chandan Sen, Ph.D. and Sashwati Roy, Ph.D. has led to the development of a dressing that uses an electric field to disrupt biofilm infection. Their findings were recently published in the high-impact journal Annals of Surgery.

Bacterial biofilms are thin, slimy films of bacteria that form on some wounds, including burns or post-surgical infections, as well as after a medical device, such as a catheter, is placed in the body. These bacteria generate their own electricity, using their own electric fields to communicate and form the biofilm, which makes them more hostile and difficult to treat. The Centers for Disease Control and Prevention estimates 65 percent of all infections are caused by bacteria with this biofilm phenotype, while the National Institutes of Health estimates that number is closer to 80 percent.

Researchers at IU School of Medicine are the first to study the practice of using an electric field-based dressing to treat biofilms rather than antibiotics. They discovered the dressing is not only successful in fighting the bacteria on its own, but when combined with other medications can make them even more effective. This discovery has the potential to create significant changes in the way physicians treat patients with bacterial infections which are resistant to antibiotics. The dressing can also help prevent new biofilm infections from forming in the future. The dressing electrochemically self-generates 1 volt of electricity upon contact with body fluids such as wound fluid or blood, which is not enough to hurt or electrocute the patient.

“This shows for the first time that bacterial biofilm can be disrupted by using an electroceutical dressing,” said Chandan Sen, Ph.D., director of the Indiana Center for Regenerative Medicine and Engineering and associate vice president of research for the IU School of Medicine Department of Surgery. “This has implications across surgery as biofilm presence can lead to many complications in successful surgical outcomes. Such textile may be considered for serving as hospital fabric—a major source of hospital acquired infections”