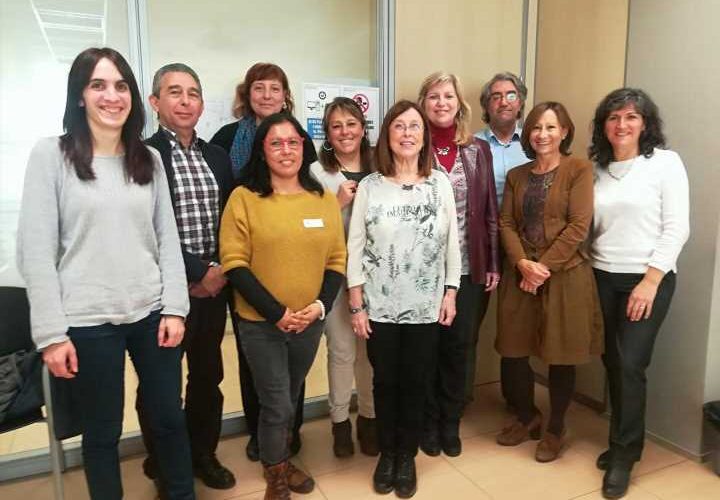 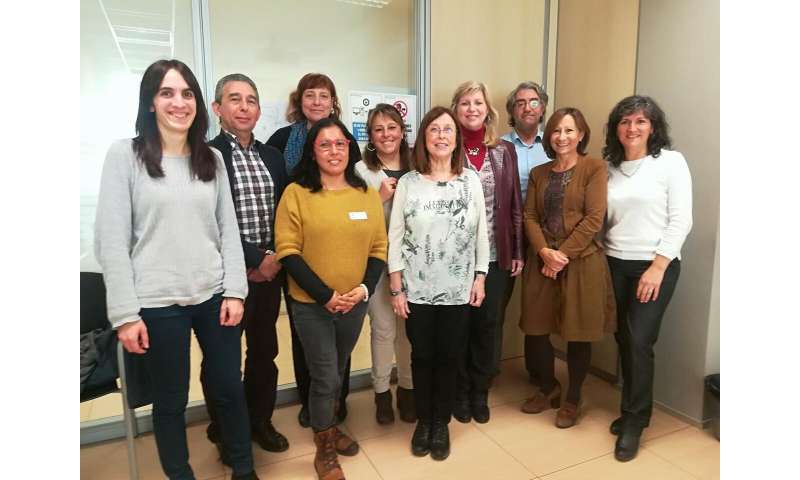 The viral infections of the upper respiratory tract are an important cause of morbidity and mortality worldwide and, among them, influenza is one of the most important ones, with severe cases ranging from three and five million cases, and between 290,000 and 650,000 deaths per year. This is why a proper supervision of the disease is crucial. Two studies led by the UB analyzed several aspects involved in the detection of the disease: the utility of the definition of the illness considering clinical manifestation and complementarity of supervision systems based on severe ambulatory cases that require hospitalization in Catalonia. Moreover, they also studied the features of the cases that were detected in Catalonia among children and teenagers who are under 18 years old.

In the study published in the journal Viruses the researchers analyze in a retrospective way the behavior in different definitions of case and different symptoms for the flu to identify properly the cases of laboratory-confirmed-influenza between 2008 and 2018 in Catalonia. Researchers analyzed the case definitions of the World Health Organization (WHO) and the European Centre for Disease Prevention and Control (ECDC), as well as different symptoms that can appear. “Clinical definitions for influenza are important because they can have a more homogeneous recount of the impact caused by the virus in the community and make comparisons within the same community to see variations that occur over time, as well as between seasons and even between communities and countries that use similar surveillance systems,” notes Professor Àngela Domínguez.

Results show the WHO definition (based on temperature and cough) is the most sensitive one to predict cases that are really caused by influenza virus instead of other respiratory viruses. “The definition of the case that predicted best the laboratory-confirmed-influenza was the WHO definition of influenza syndrome, both considering every week of the year and considering only epidemic weeks. The symptoms that behaved as predictors of confirmed-influenza were temperature, cough, myalgia, headache, general discomfort and symptoms that emerged of a sudden. Temperature was the most predicting symptom for confirmed influenza,” note the authors.

All the case definitions predicted best the confirmed influenza when the patients presented comorbidity. The ability of different symptoms to predict confirmed-influenza varied depending on the age groups: temperature got the highest value in people aged over 65, and cough got the highest value in children aged from 5 to 14. In patients with comorbidity, the temperature showed its highest ability to predict confirmed influenza. According to the authors of the study, these results can confirm that the case definition used in Catalonia to analyze clinical samples from certain patients could be affected by the influenza virus and not other viruses is accurate.

Results show the information coming from primary care doctors predicts an average of 1.6 weeks before the rest of the sources, but researchers defend to keep the current supervision structure: “We have to continue with the supervision that combines data from primary care in people who do not need hospitalization together with data from severe cases that require hospitalization. According to what the article suggests, it is important for the surveillance system to include data from hospitalization cases despite not presenting severe influenza, which was already done in the 2017-2018 season,” researchers say.

Higher risk for children under two

Researchers also analyzed the clinical and epidemiological features of patients aged from zero to seventeen that were hospitalized in Catalonia for presenting severe forms of influenza during the 2010-2016 period. The study, published in the journal Scientific Reports, concluded that children under two years old are those with a higher risk of showing severe forms of influenza which can even lead to death.

Out of the 291 registered cases, 79.4% of them were caused by the type A influenza virus and the 20.6% by the virus of type B influenza. Most of the studied cases (56.7%) corresponded to patients under two years old, and 24.4% of them were children aged less than one. The most common complication (62%) was pneumonia. The 21.3% of patients required hospitalization in the intensive care unit, most of them (54.8%) being children under two years old. Three detected deaths during these period were caused by the type A influenza virus.