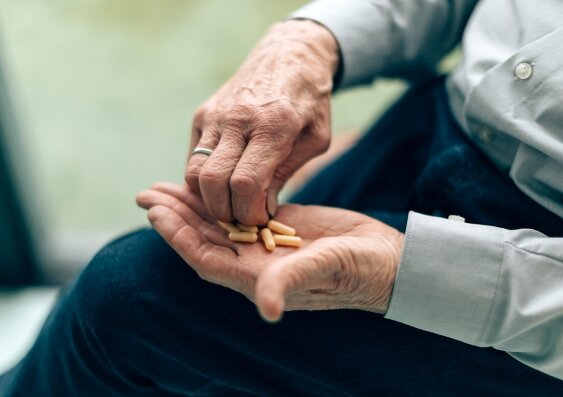 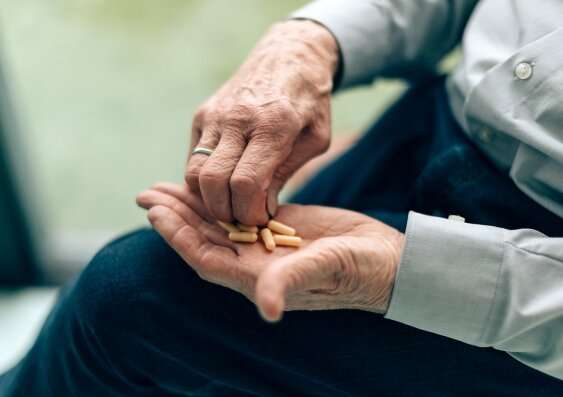 With successful treatment, HIV has become a chronic health condition which can be managed with life-long care.

Treatment reduces the amounts of HIV in the blood to an undetectable level and most people with the infection who take their medication live as long as people without HIV.

While there have been successful developments in treating the virus, it’s important to understand how it may impact the long-term cognitive function of those aging with HIV.

Associate Professor Lucette Cysique at the School of Psychology, UNSW Sydney, and her team conducted a long-term study of cognitive function in people who are aging with chronic stable HIV infection, from 17 care facilities across Australia, published in eClinicalMedicine.

The study found that people with stable HIV infection, who are taking their medication, are not likely to show significant cognitive decline as they age. But there are factors that make people more vulnerable to subtle cognitive decline, including poorer mental health, social isolation and lower socioeconomic status.

“Like any chronic condition that demands a life-long treatment, it’s important for us to determine whether people with HIV may require extra care as a result of mental and cognitive health changes as they reach their 60s,” Cysique says.

Digging into the data on cognitive performance

Working as a multidisciplinary team, researchers from infectious disease physicians to neuroscientists analyzed the cognitive performance of 457 people with HIV over two years.

Participants were assessed on a brief cognitive screening test, which evaluated factors such as memory, learning and attention. As well as cognition, the study assessed a broad range of information on psychosocial and socioeconomic determinants of health.

The results revealed that at 12 months and 24 months, only 6% and 7% of people respectively showed significant, or meaningful, cognitive decline. These figures mirror the general population of the same age (an average of 51 years old, plus or minus 12).

However, over the same intervals, 31% and 25% of participants did show subtle cognitive changes. This mild cognitive decline may be related to small, ongoing changes in the brain among people with HIV, despite having very low levels of HIV in the blood.

The picture of significant cognitive decline so far

The existing studies in the field of NeuroHIV paint a blurry picture, says Cysique.

Due to inconsistencies in methods and data, there has been contradictory evidence on whether there is a risk of significant cognitive decline in people with HIV. This, in turn, has led to confusing messaging for both the community and clinicians.

“Our study resolves some of the contradictions in the literature and provides a clearer message to doctors and people with HIV,” says Cysique. “And while it clarifies that abrupt cognitive decline is very rare, some people with HIV do remain at risk of cognitive health vulnerabilities that may develop slowly.”

Cysique and her team recommend that like anyone aging with a chronic illness, extra attention should be paid to their mental and cognitive health.

“It’s the same approach that people who have Type 1 diabetes might take. As people get older, there needs to be proactive attention to this kind of care, rather than a laissez-faire approach.”

In the first instance, if there’s any sign of mild cognitive decline, such as a change in short-term memory or greater difficulty with multi-tasking, Cysique encourages people not to ignore it or let it be dismissed.

She also emphasizes that people with HIV should start this conversation with their trusted doctor. Mental health changes should also prompt extra attention to cognitive health, while continued support for those with less financial support and those who are socially isolated remains critical.

“Cognitive and mental health are sensitive topics in a population that has been and remains stigmatized. Historically, research has emphasized the importance of having an undetectable viral load.”

While significant, Cysique spotlights the increasing evidence that other aspects of health are equally important, and become even more so as people with HIV are aging.

“To support people with HIV into old age, we would like to see something akin to the cognitive decline prevention strategies and framework that is available to the global population. But I think those resources need to be adapted and developed for people with HIV because there is still some stigma about HIV, and also because doctors have to be knowledgeable about HIV to provide appropriate care.”

Future research and work with the community

The study is just a part of the puzzle that is hoping to bring the messaging around cognitive health and people with HIV, particularly in Australia, into sharper focus, Cysique says. She hopes that future research can build on long-term observational studies in people in their 70s and eventually be combined with interventional studies where solutions to manage and improve cognitive and mental health are tested.

Further studies would also need to capture how mild cognitive changes may be affecting people’s ability to perform everyday tasks and their quality of life.

“We want to move towards a holistic care approach for people aging with HIV, one that encompasses cognitive and mental health, and care delivery that is stigma-free. Our group is currently working with researchers, clinicians and HIV community representatives internationally to develop adapted care plans.

“People with HIV have historically been a self-empowered patient group that has contributed to changing the doctor/scientist and patient relationship for the better. Today, clinical research emphasizes the contribution of patient groups in research projects. People with HIV were pioneers in this way, and they continue to advocate for their care as they age.”