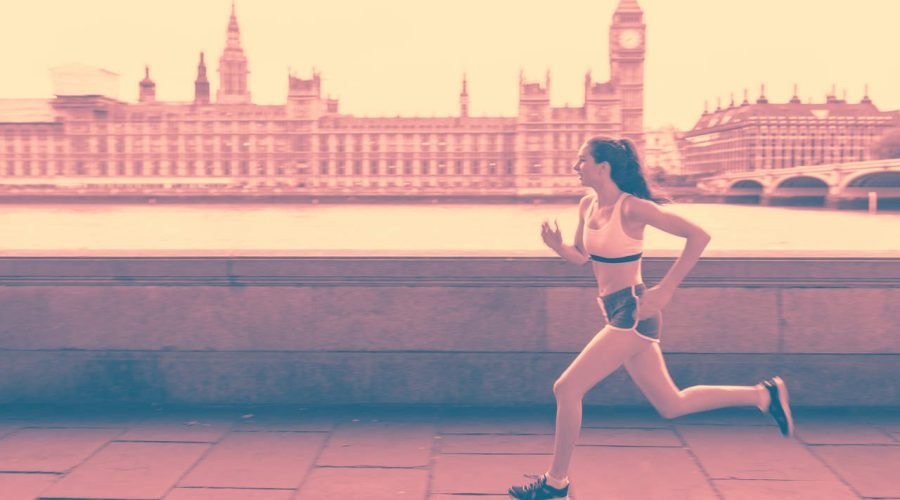 Many say that the best way to see a new city is to run through it—I’m a big believer in this concept. From 5Ks on the West Coast to half marathons down South to international marathons (I recently ran 26.2 miles in Tokyo!), traveling for races has given me the opportunity to see the world while staying fit. And I’m not the only one who has fallen in love with this idea. “To combine these two passions is an incredible experience for people of all ages and abilities, and we are fortunate to see an increase in popularity each year,” says Jim Heim, senior vice president, event development and production, and race director of the TCS New York City Marathon, who notes that 40 percent of NYC marathon finishers are from outside the U.S.

While jet-setting for a race is fun, it’s not without challenges. It’s important to “prepare for the worst so the worst doesn’t happen,” advises Jes Woods, a Nike+ running coach. That means taking into account everything from navigating travel delays to figuring out food that won’t upset your tummy when you’re in a new country. To help you focus on the bliss of running in a far-off place, we’ve mapped it out for you.

You get to your intended destination, but your checked luggage does not. Cue panic. Avoid this situation by packing race-day essentials in your carry-on. We’re talking everything from your outfit to your favorite hair tie to your energy gels. And because Mother Nature can be fickle, it’s not a bad idea to throw in some options. Take the 2018 Boston Marathon: “Race day was windy and rainy with some snow, while the next day it was a picture-perfect day for running,” says Chris Heuisler, Westin Hotels & Resorts’ global RunWestin concierge. Runners who had packed layering options were much better off than those who hadn’t.

Plan to arrive at your destination a few days ahead of your event so you have some wiggle room. Asics elite athlete Emma Bates was on her way to the New York City half marathon in March when her flight was canceled due to weather. She had to drive five hours from Boise, Idaho, to Salt Lake City, where she boarded a flight a day later than planned. “I always head out in advance because I expect travel plans to go awry; when they do go according to plan, it’s a bonus,” says Bates.

As for the actual journey, if you have a long flight or car ride, walking about every few hours will prevent your muscles from tightening up. “Perform a few hip stretches while you’re at it, and keep a lacrosse ball on hand to use on your glutes or hamstrings—just move it around on the muscle to keep blood flowing,” says Carly Graham, DPT, a physical therapist at Finish Line Physical Therapy in New York City. Prolonged sitting restricts blood flow, which can lead to swelling and increases your risk for blood clots, explains Haydée C. Brown, MD, an assistant clinical professor in orthopedic surgery at the Icahn School of Medicine at Mount Sinai in New York City. Try wearing compression socks to encourage blood to flow. Oh, and skip the in-flight cocktails—they dehydrate you, which is a big no-no before running. Instead, drink at least eight ounces of water per hour you’re traveling.

The potential for flight delays isn’t the only reason to arrive early. Traveling, especially through different time zones, can do a number on your body, which can ultimately affect your performance. Getting to your destination a few days in advance gives you time to adjust. Go for a quick run or walk as soon after landing as possible, suggests Graham: “You will feel creaky and stiff, but it will help work out those kinks before the race.” For long trips, Bates also recommends that you begin adapting your routine as soon as you board your flight, consuming food and caffeine only at the times you would at the new locale; the same goes for sleeping. “It will give you a ‘head start’ and will make jet lag less dreadful.” Jonathan Cane, an exercise physiologist, run coach, and owner of City Coach Multisport in New York City takes it a step further, suggesting you begin acclimating the week or two leading up to your trip. His rec: Adjust some of your training runs, and try to shift your sleep cycle by 30 minutes each night to get closer to your destination schedule.

Whether it’s a new city or country, there may be cultural differences. For example, in many U.S. races, folks just toss their garbage—gel packets, cups, etc.—on the ground along the race route. In Tokyo, not so much. During my race, volunteers lined the course with small bags, and you were expected to dispose of your garbage properly; not to do so is considered rude. Hydration offerings may also differ depending on where you are in the world. For instance, at the Berlin marathon they offer a beet-based beverage rather than a sports drink. Most big races tell you in advance what will be served—if it’s unfamiliar, you should test it or choose to carry your own, says Woods. We all know that nutrition can make or break a race, so resist the urge to try some new food or cuisine in a foreign place before a race, too. Stick with what you know, advises Graham. And “make sure you have your prerace dinner planned beforehand,” says Cane. “Don’t stress out searching for healthy options at the last minute”—or with a long wait for a table that leaves you grumpy and up way past your intended bedtime.

Last, use your shake-out run the day before the race to scope out the start and/or finish line and solidify a game plan for how to get to and from the race and post-running reunions with friends and family.

Related posts:
14/05/2019 Health News Comments Off on Prepping for a Destination Race? Here’s What You Need to Know
Categories
Recent Posts