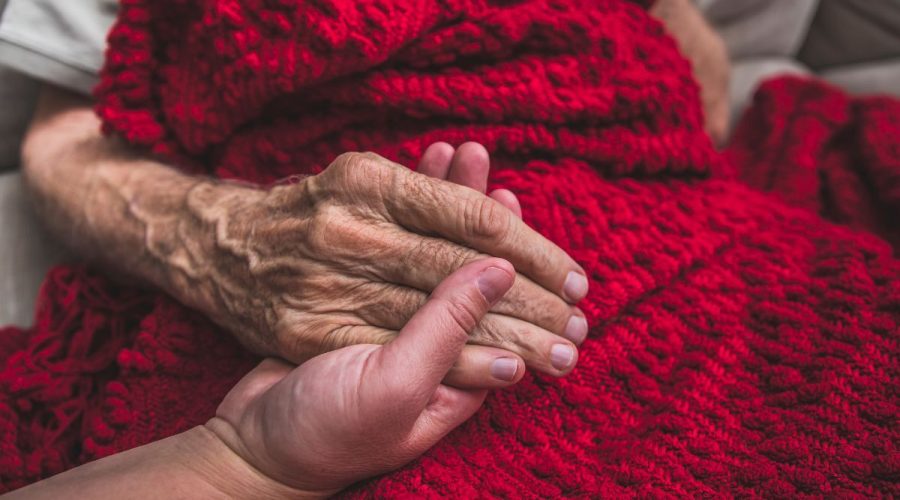 Seventy carers were questioned by researchers at UCL about how they thought others treated them and their own attitudes towards their roles.

Almost two thirds agreed that people might be embarrassed to associate with them, while only nine per cent disagreed and 27 per cent were neutral.

Some 69 per cent felt their family may be excluded from social events. And just over half believed people may behave negatively towards them when they were in public with the person with dementia they cared for.

Experts called for more support for the UK’s 700,000 unpaid carers, who often take on significant financial and emotional strain to support a loved one.

Dr Jem Bhatt, of UCL Psychology & Language Sciences, said: “Family carers save our economy £13.9 billion every year, yet our efforts to understand the cost of stigma on their lives has been minimal.

“Being treated negatively by others and discriminated against, in other words experiencing stigma, is a common experience for many family carers of people living with dementia and has been identified as a global priority.

“How we respond to this challenge will determine the well-being of carers in an ever-changing society which relies heavily on family carers.”

Participants in the study, published in BJPsych Open, had an average age of 60. Three quarters were female and around half cared for their own or a spouse’s parent.

Despite experiencing stigma, most did not have a negative attitude towards their role or change their behaviour as a result.

Only one in ten said they felt embarrassed about the person with dementia they cared for, while three quarters rejected that idea.

Many also reported positive effects. Just over half said being a dementia carer made them feel needed and 64 per cent said they had made friends with others in a similar situation.

Some 47 per cent felt they were making a positive contribution to society.

The researchers hoped their survey technique – the Family Stigma Instrument – could be used in the NHS to identify carers who need extra support.

James White, head of public affairs and campaigns at Alzheimer’s Society, which funded the research, said too often unpaid carers were left exhausted, stressed, and struggling to make ends meet, while facing exclusion and discrimination.

He said: “In a cost-of-living crisis, these difficulties are only exacerbated.

“Dementia prevalence is on the rise, with 1.6m people expected to be living with dementia by 2040. This means the number of dementia carers is also set to rise. It is a long-term challenge that requires long-term solutions.

“It’s for this reason that we’re campaigning for a 10-year plan for dementia to respond to the challenges faced by carers and people with dementia alike.”

However, Karen Harrison Dening, head of research and publications at Dementia UK, said the research may not be representative of the experiences of all carers as the sample size was small and lacked ethnic diversity.

She added: “People living with dementia and their family carers and supporters may, at times, perceive stigma in how others react to them.

My wife’s dementia diagnosis has been challenging but I focus on the positives, says husband

Stephen Didcott has cared for his wife Julie, 61, since she was diagnosed with young onset Alzheimer’s in 2014.

Her severe symptoms mean she needs complete support with daily activities including eating and washing.

Stephen, 67, said: “The illness has also affected her speech – she can no longer communicate, albeit her level of understanding is a little better. For example, when I ask her if she wants or needs something she can respond to make her feelings known.”

The couple live in Great Missenden, Buckinghamshire, and have a carer visit to support Julie for two and a half days per week.

Stephen said her diagnosis and his new role as a carer “completely changed our lives in every way possible”.

He said: “We were both in our fifties when we were faced with the diagnosis and I don’t believe any couple in our position would have imagined the future and retirement with which we were suddenly faced.

“The negatives include needing to work part-time for a while, leaving work earlier than originally planned, abandoning hobbies and planned projects in life, gradually seeing less of our friends than we expected, gradually becoming almost housebound and, greatest of all, restricting the extent to which we can play a part in the lives of our grandchildren.”

Despite the challenges, Stephen said he tries to focus on the ways in which it has been an “enriching experience”.He added: “As for people’s attitudes, I would say that by far the majority have been extremely supportive and understanding – friends and complete strangers.

“Generally, people are very kind to both of us. Of course, it impacts social life, but this has overwhelmingly been due to us gradually withdrawing as Julie became unable to cope with situations, rather than because of anyone excluding us.

“I do get opportunities to see friends for a few hours once a week now that we have regular support care in place.”