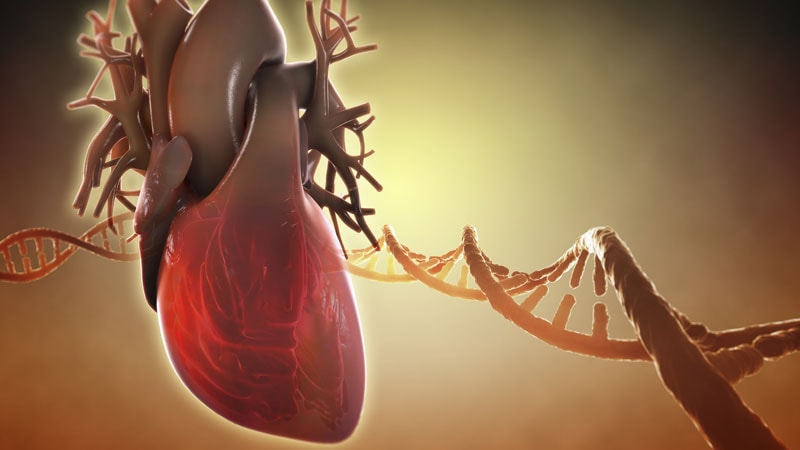 A new case-control genetic study is reassuring in finding no association between a genetic proxy for pharmacologic PCSK9 inhibition and either heart failure or adverse cardiac remodeling in a large population-based cohort.

Although the potent PCSK9-inhibiting agents for dyslipidemia have had an overall favorable safety profile, there have been concerns based on animal studies and a small clinical study that they might promote cardiac structural and functional changes. But the current, much larger observational study may help alleviate such concerns.

“On the basis of these results, we don’t believe that partial or complete inhibition of PCSK9 is likely to have any adverse effects on the heart. This data is therefore very reassuring for the safety of PCSK9 inhibitor drugs,” Jonas Ghouse, MD, PhD, University of Copenhagen, Denmark, told theheart.org | Medscape Cardiology.

Ghouse is a co-author on the study published online December 21 in JAMA Cardiology. He explained that pharmacologic PCSK9 inhibition, now an established strategy for lowering LDL-cholesterol levels, is regarded as a great success in medicine.

Although several large trials have shown reductions in cardiovascular-event risk in patients on PCSK9 inhibitors, a recent study in PCSK9-knockout mice (which do not produce the PCSK9 protein) found that the mice developed left ventricular hypertrophy and abnormal cardiac lipid metabolism, the report notes.

Another clinical study showed an increase in left ventricular mass in a small cohort of 12 individuals who carried the R46L mutation in the PCSK9 gene (leading to low PCSK9 levels), which can be used as a proxy for PCSK9 inhibition.

The current UK Biobank study is vastly larger, however, which “gives us much more meaningful results,” Ghouse said.

Still, the prior studies “together have raised some concerns about the potential for the development of heart failure with PCSK9 inhibitors, and we wanted to look at this in a much larger cohort.”

The current nested case-control study from the UK Biobank database focused on a subset of participants who had both cardiac magnetic resonance (CMR) imaging and available genetic data. Their analysis included 1237 individuals with the R46L mutation in the PCSK9 gene and another 40 with a loss-of-function PCSK9 mutation.

“Loss of function genes are much rarer, but they are much more informative when studying the effect of long-term intense inhibition of PCSK9,” he commented.

Cardiac scans from individuals with PCSK9 mutations in the database were compared with those from control individuals who did not have such mutations; they were matched for age, sex, assessment center, and genetic ancestry.

“Results of this case-control study suggest that there was no association between PCSK9 genetic variants proxying lifelong PCSK9 reduction and altered cardiac structure, cardiac function, or heart failure in humans,” Ghouse said.

“Basically, this study affirms that PCSK9 inhibitors are safe.”

“These effects were not statistically significant and it very difficult to draw any conclusions from this data. But some have interpreted it as raising a flag about using PCSK9 inhibitors in patients with heart failure,” Ghouse said. “The results of our study are reassuring in this regard.”

Individuals in the current study were aged 40-69 years at baseline and would have had these mutations since birth, he observed, “so this is a study of the effects of low levels of PCSK9 over a very long follow-up time.”