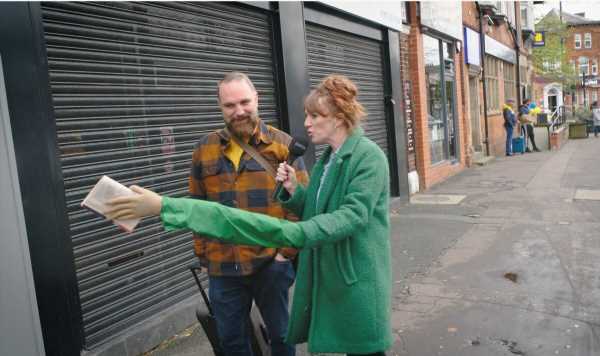 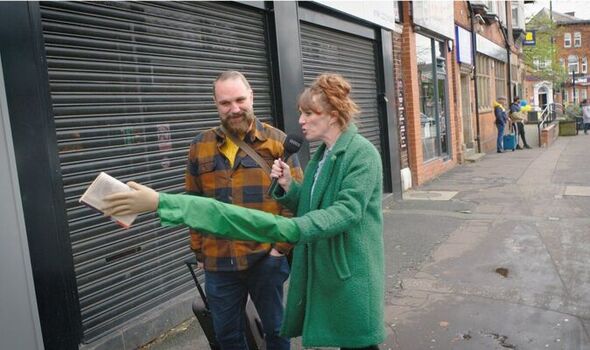 Just over one in ten (11 percent) have waved at a total stranger thinking it was someone they knew, while 11 percent have offended someone they DO know – by walking straight past them obliviously.

A red-faced 13 percent have been laughed at for holding a menu at a comically long distance away in order to make out the dishes.

And 10 percent have found themselves feeling self-conscious about having to hold a book at arm’s length to read the text.

A spokesman from Specsavers, which has created an elongated “reading arm” prototype which could help people that are long-sighted, said: “Visual impairment is extremely common, so it is a real shame that so many people get embarrassed about it.

“Inventing the reading arm was excellent fun, and while we’re sure many readers would find such a gadget useful, it shouldn’t be a substitute for taking eye health seriously and booking in with your optician for a check-up.

“Most people over the age of 40 start developing presbyopia or long-sightedness, but it can be easily corrected with the right pair of specs.”

It also emerged 35 percent admit to feeling self-conscious at times about their eyesight – and yet, 43 percent of those surveyed have not been for an eye test or check-up in the last two years.

Of those surveyed who have a visual impairment, 28 percent have the text on their devices set to a larger size so they can read it more easily – but nearly half of those (44 percent) have been mocked for their efforts.

A quarter (24 percent) of Brits find it difficult to read the small print on contracts or documents, and one in five (20 percent) have trouble making out the instructions and ingredients on the back of toiletries products.

A third (34 percent) believe their eyesight has deteriorated over the last 10 years – but 34 percent of those have put off going to the opticians to get themselves tested.

And just one in five (20 percent) consider themselves to have no visual impairment whatsoever – with almost two-thirds (63 percent) citing minor to moderate sight issues.

Nearly six in ten (59 percent) have worn glasses at some point in their lives, while 41 percent have tried contact lenses.

Before taking part in the survey, half of respondents (51 percent) were unfamiliar with the term “presbyopia” – a sight issue associated with ageing, which causes nearby objects to gradually fall out of focus.

In the study, conducted by OnePoll.com, 60 percent of those living with poor vision admit they took their eyesight for granted before it started to get worse.

And it seems working habits may be having an impact on eye health – with two in five (39 percent) claiming to have experienced eye strain at the end of the working day.

A fifth (21 percent) spend all day at their computer, while almost half (44 percent) spend most of the day in front of a screen completing their work.

On average, a typical Brit will spend six hours a day looking at screens – whether at work, for socialising, or for leisure.

The Specsavers spokesman added: “We hope that our reading arm raises a few smiles, but also raises awareness about vision issues, and encourages Brits to seek out their optician so their situation can be improved.”

Related posts:
28/11/2022 Health News Comments Off on Nearly a fifth of Brits have felt embarrassed – due to poor eyesight
Categories
Recent Posts