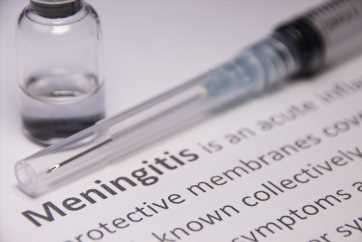 More than a million people who should have received meningitis vaccines were not informed after the automated alert system for GPs failed to be switched on.

Software provider EMIS, which is used by most GP practices in the UK, told the charity Meningitis Research Foundation that it left the alert for the Men ACWY vaccine on its default “off” setting in order to prevent “alert fatigue.”

The vaccine was introduced for teenagers and young people in August 2015 to stop a rapid rise in the deadly meningococcal strain of meningitis (MenW).

EMIS Group Chief Medical Officer Dr. Shaun O’Hanlon said EMIS had released an alert protocol for Men ACWY in 2016 alongside instructions to GP practices on how to activate it.

“We advise GPs of the availability of these tools as they are released, and it is the responsibility of the GP practice and NHS to define if and how they are used,” he said.

But Meningitis Research Foundation Chief Executive Vinny Smith said, “Practices told us they did not know how to activate the alert, and we know deaths from MenW disease have occurred in young people who should have been offered the vaccine.”

EMIS confirmed that it enabled the alert for all GP practices in the first week of April this year following instructions from NHS Digital.

Meningitis Research Foundation estimates that more than a million young people have not yet received the Men ACWY vaccine, which is routinely offered to teenagers in school year nine in England and Wales.

The problem came to light following the death of 21-year-old Tim Mason, from Tunbridge Wells, Kent, in March last year from meningococcal sepsis.

His family worked with the Meningitis Research Foundation to investigate his death and discovered that despite having visited his GP several times since the introduction of the vaccine, he had never been informed he was eligible for the jab.

“It seems absurd to us that an emergency vaccination programme to protect young people against a lethal disease had systems in place that were switched off,” said Vinny Smith of the Meningitis Research Foundation.

“It’s positive news from government that the alert has now been activated across England and that patients attending GP appointments opportunistically will now be made aware if they are eligible for the vaccine. It is vital that systems are improved so that this never happens again.”