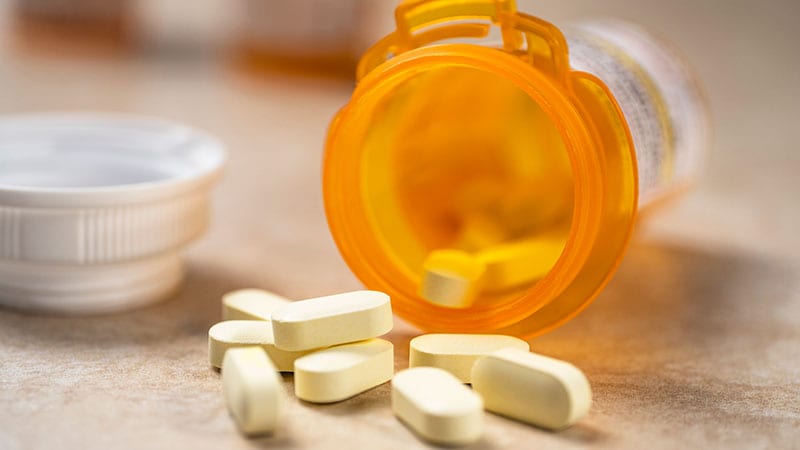 The use of antibiotics to prevent — not just treat — sexually transmitted infections was a fringe idea just a decade ago. Now, it has the backing of several studies and a green light from a California public health department.

Jeffrey Klausner, MD, an infectious disease doctor and professor of public health at the University of Southern California, published the first randomized, controlled trial on whether doxycycline — an antibiotic commonly used to treat infections, including syphilis, chlamydia, and others — could prevent STIs back in 2015. At first, he says the National Institutes of Health didn’t want to fund the work, expressing concerns about the potential for antimicrobial resistance.

In a worst-case scenario, microbes change over time and no longer respond to medicine, and treatments stop working.

But a growing STI crisis has health care professionals searching for new options to help.

“There were more than 170,000 cases of syphilis [in the U.S.] last year, and yearly cases have doubled over the past five years,” says Klausner.

Repeated studies, with slightly different designs, also found lower rates of STIs among people who took doxycycline either daily or after sex. The method, known as pre-exposure doxycycline prophylaxis, now has its own name: doxyPEP.

For those who meet the second criteria but haven’t been diagnosed with an STI in the last year, the department is advising a “shared decision-making approach,” where doctors discuss the benefits and risks of doxyPEP and prescribe it for patients who feel they will benefit, explains Stephanie Cohen, MD, the department’s acting director of disease prevention and control in the Population Health Division.

The department also recommends doxyPEP for anyone diagnosed with syphilis, regardless of their gender or sexual partners.

The most recent study of doxyPEP followed 501 men and trans women in Seattle and San Francisco. About two-thirds were taking HIV pre-exposure prophylaxis (HIV PrEP) and the rest were living with HIV. The results of that study, shared at the International AIDS Society (IAS) Conference earlier this year, found STIs were lower in the group told to take a single dose of doxycycline within 72 hours of unprotected sex. The rate of STI reduction was 66% in the HIV PrEP group and 62% in the HIV-positive group.

“It can be a bit of a paradigm shift when you talk about using antibiotics before someone has an infection,” says Annie Luetkemeyer, MD, an infectious disease doctor and STI researcher at the University of California San Francisco, who co-led the study.

She recalls that when HIV PreP came out, there was pushback that it would lead to riskier sex or increased HIV drug resistance. In reality, “we’ve learned that for some segments of the population, having access to HIV PrEP has absolutely been essential to reduce the risk in HIV.”

Now, the pushback to doxyPEP is that it could lead to more antimicrobial resistance. But Luetkemeyer points out that the highest-risk populations, for whom the intervention is meant, are already exposed to high rates of antibiotic use, largely to treat STIs.

In the study’s control group, the rate of STIs was 32% in a 3-month period, compared to 11% in the doxyPEP group. But the doxyPEP use wasn’t perfect, and people in the study reported they took it after 87% of unprotected sexual encounters, on average.

“This isn’t a question of taking doxycycline versus taking no antibiotics,” Luetkemeyer says. In fact, the control group had a 50% higher exposure to ceftriaxone, a broad-spectrum antibiotic that has a higher potential, compared to doxycycline, of spurring drug-resistant gonorrhea.

Still, Luetkemeyer and Klausner say it’s important to monitor both drug-resistant STIs, as well as other infections, like doxycycline-resistant Staphylococcus aureus, to ensure that doxyPEP isn’t increasing them.

Luetkemeyer and her colleagues are now studying to see whether doxyPEP increases drug-resistant bacteria in those who take it. There are no red flags yet, but the research is ongoing.

While San Francisco’s public health department has given the first official endorsement of doxyPEP, doctors who work with high-risk populations have been prescribing it off-label for years. Klausner says that when he was treating patients living with HIV or at risk of HIV, he would prescribe prophylactic doxycycline either daily or after sex without a condom, depending on the patient’s frequency of sexual activity. For as-needed use, he would typically start with 15 doses at 200 milligrams, with refills.

He also notes that there isn’t one, fixed group of people who need doxyPEP, pointing out that people may benefit for a period in between monogamous or relatively monogamous relationships, for example.

And while doxyPEP could increase the risk of drug-resistant infections, it could also theoretically reduce it, by lowering the burden of STIs in the population, and the need for antibiotic treatments, Klausner says.

“It’s been known since the 1970s that sexually transmitted infections — like chlamydia, gonorrhea, syphilis — are perpetuated by a core group,” he says, typically men who have sex with many male partners over a month. “If you can control that spread of infection in the core group, the rest of the population is more protected.”

What is certain is that decades of experience shows that the only other prevention tool, condoms, aren’t going to be widely adopted by everyone, due to partner or personal preferences.

“For some populations, with really soaring rates of sexually transmitted infections, what we currently have to offer isn’t working, so we really need new tools,” says Luetkemeyer.