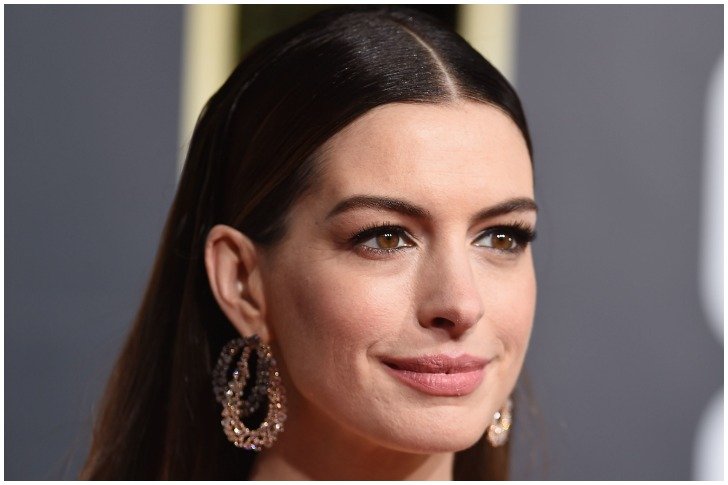 Anne Hathaway looked totally convincing in her memorable role of Fantine in Les Misérables, a musical drama by Tom Hooper, that won her several awards including an Academy. As a special preparation for the movie, the actress had to lose weight for which she turned vegan and continued with the diet to fit into her body-hugging costume of Catwoman in Dark Knight Rises.

The diet might have helped in trimming her figure but it was certainly not a great experience for her which she realized after tasting a fish couple of years later. As she describes it, “having a piece of salmon made my brain feel like a computer reset”. Adding more details, the Princess Diaries star said that she didn’t feel strong or good while she was vegan. As Anne started eating meat again, she revealed the interesting story about how her co-star Matt Damon encouraged her to become a meat-eater again. During the filming of Interstellar, she went on a dinner with her husband Adam Shulman along with Damon where she was the only one who was vegan and that made her feel a little hesitant. But she allowed herself to give a try to the local salmon they were serving at the restaurant and according to her, it instantly made her feel better.

Anne, who also opened up about learning to admire her body, told that working with her female co-stars of Ocean’s 8 gave her the motivation for body acceptance. She shared an experience from the movie set where she walked in with a feeling of awareness about her increased weight but the other leading ladies made her feel extremely comfortable through their appreciation.

It brings an instant glow to her face every time she talks about the moment and she expresses it by saying – “being surrounded by such beautiful people who show that much understanding and love makes you feel great”.