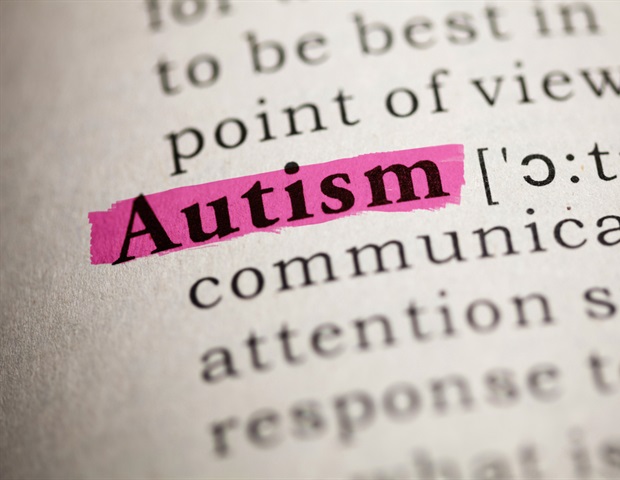 Scientists looking to understand the fundamental brain mechanisms of autism spectrum disorder have found that a gene mutation known to be associated with the disorder causes an overstimulation of brain cells far greater than that seen in neuronal cells without the mutation.

The Rutgers-led study, spanning seven years, employed some of the most advanced approaches available in the scientific toolbox, including growing human brain cells from stem cells and transplanting them into mouse brains.

The work illustrates the potential of a new approach to studying brain disorders, scientists said.

Describing the study in the journal, Molecular Psychiatry, researchers reported a mutation – R451C in the gene Neurologin-3, known to cause autism in humans – was found to provoke a higher level of communication among a network of transplanted human brain cells in mouse brains. This overexcitation, quantified in experiments by the scientists, manifests itself as a burst of electrical activity more than double the level seen in brain cells without the mutation.

We were surprised to find an enhancement, not a deficit. This gain-of-function in those specific cells, revealed by our study, causes an imbalance among the brain's neuronal network, disrupting the normal information flow."

Zhiping Pang, associate professor in the Department of Neuroscience and Cell Biology in the Child Health Institute of New Jersey at Rutgers Robert Wood Johnson Medical School and senior author on the study

Autism spectrum disorder is a developmental disability caused by differences in the brain. About 1 in 44 children have been identified with the disorder, according to estimates from the Centers for Disease Control and Prevention.

Studies suggest autism could be a result of disruptions in normal brain growth very early in development, according to the National Institutes of Health's National Institute of Neurological Disorders and Stroke. These disruptions may be the result of mutations in genes that control brain development and regulate how brain cells communicate with each other, according to the NIH.

"So much of the underlying mechanisms in autism are unknown, which hinders the development of effective therapeutics," Pang said. "Using human neurons generated from human stem cells as a model system, we wanted to understand how and why a specific mutation causes autism in humans."

Researchers employed CRISPR technology to alter the human stem cells' genetic material to create a line of cells containing the mutation they wanted to study, and then derived human neuron cells carrying this mutation. CRISPR, an acronym for clustered regularly interspaced short palindromic repeats, is a unique gene-editing technology.

In the study, the human neuron cells that were generated, half with the mutation, half without, were then implanted in the brains of mice. From there, researchers measured and compared the electrical activity of specific neurons employing electrophysiology, a branch of physiology that studies the electrical properties of biological cells. Voltage changes or electrical current can be quantified on a variety of scales, depending on the dimensions of the object of study.

"Our findings suggest that the NLGN3 R451C mutation dramatically impacts excitatory synaptic transmission in human neurons, thereby triggering changes in overall network properties that may be related to mental disorders," Pang said. "We view this as very important information for the field."

Pang said he expects many of the techniques developed to conduct this experiment to be used in future scientific investigations into the basis of other brain disorders, such as schizophrenia.

"This study highlights the potential of using human neurons as a model system to study mental disorders and develop novel therapeutics," he said.

Other Rutgers scientists involved in the study include Le Wang, a postdoctoral associate in Pang's lab, and Vincent Mirabella, who is earning doctoral and medical degrees as part of the MD-PhD student at Robert Wood Johnson Medical School; Davide Comoletti, an assistant professor, Matteo Bernabucci, a postdoctoral fellow, Xiao Su, a doctoral student, and Ishnoor Singh, a graduate student, all of the Rutgers Child Health Institute of New Jersey; Ronald Hart, a professor, Peng Jiang and Kelvin Kwan, assistant professors, and Ranjie Xu and Azadeh Jadali, postdoctoral fellows, all of the Department of Cell Biology and Neuroscience, Rutgers School of Arts and Sciences.

Thomas C. Südhof, a 2013 Nobel laureate and professor in the Department of Molecular and Cellular Physiology at Stanford University, contributed to the study, as did scientists at Central South University in Changsha, China; SUNY Upstate Medical Center in Syracuse, N.Y.; University of Massachusetts in Amherst, Mass.; Shaanxi Normal University in Shaanxi, China; and Victoria University in Wellington, New Zealand.