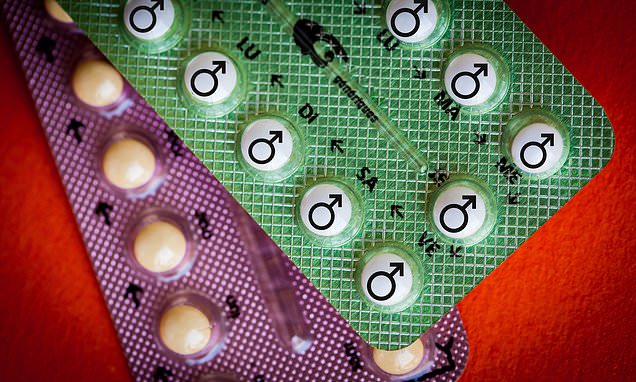 Contraceptive pills may raise the risk of type 2 diabetes as scientists blame the surge of hormones after 22-year study of 80,000 women

Women who take the oral contraceptive are a third more likely to get the disease than those who have never used it, the research found.

Scientists blame a surge of hormones for the link, which may affect how the body metabolises sugar down.

But critics rejected the idea the Pill is unsafe and said efforts to slash diabetes should be focused on helping people lose weight. 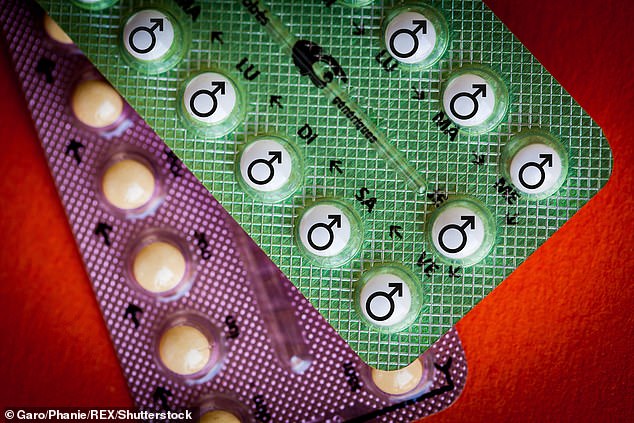 The Pill raises the risk of type 2 diabetes, according to a 22-year long study of 80,000 women

Dr Sopio Tatulashvili, from Avicenne Hospital, France, and her colleagues studied 83,799 French women between 1992 and 2014.

They said: ‘Risk induced by oral contraceptives could lead to personalised advice for young women at risk of developing T2D, such as those with a family history of diabetes, those who are overweight or obese, or those with polycystic ovary syndrome.’

They found the use of contraceptive pills at least once over a lifetime compared with no use led to a 33 per cent increased risk of developing type 2 diabetes.

CAN THE CONTRACEPTIVE PILL CAUSE A STROKE?

The NHS lists stroke as a potential side effect of taking the contraceptive pill but says the risk is ‘very small’.

Doctors intending to prescribe the Pill are expected to carry out tests and decide whether a woman is likely to develop blood clots or have a stroke if they start taking it.

Researchers from Loyola University in Chicago last year published a study confirming the link between the two but saying only the risk of a stroke caused by the brain’s blood supply being blocked by a clot.

Blood clots may be more likely in women taking the pill because oestrogen – a main ingredient of contraceptives – boosts the number of clotting substances in the patient’s blood.

This raises the risk of a clot forming anywhere in the body and, if it becomes dislodged and travels to the brain, it can cause a stroke.

However, they it is not proven the Pill directly causes type 2 diabetes and therefore should not cause fear among women.

Professor of metabolic medicine Naveed Sattar, University of Glasgow, said the findings ‘did not surprise’ him.

He said: ‘The researchers are very modest about the significance of the findings. It hasn’t shown to be a direct cause, but is in keeping with what we know.

‘It’s biologically plausible. The pill can stress your metabolism and can worsen insulin resistance – when insulin doesn’t work as well as it should.

‘But in the grand scheme of things, women don’t need to stop taking contraceptive pills. If a women is at risk of type 2 diabetes because she is overweight, she should look into losing weight first.’

Dr Channa Jayasena, a reproductive endocrinology expert at Imperial College London, said: ‘The combined oral contraception pill contains an “extra-strong” version of oestrogen, so it is possible that the metabolism might be affected.

‘Previous studies have suggested that the Pill may slightly reduce the body’s ability to use sugar after a meal, and the preliminary results of this study supports that view.

‘It is important to emphasise that (if proven true), the Pill is much less important for diabetes risk than body weight, exercise and family history.

‘Women should be reassured that the Pill is overall immensely safe, and nothing in this study changes that view.’

Diabetes UK’s Dr Faye Riley Diabetes said: ‘There’s no reason that women at risk of, or living with, type 2 diabetes should stop taking their contraception.

‘We recommend speaking to a healthcare professional about the best method for you.’

The study also found that longer menstrual cycles – and therefore fewer of them over a lifetime – increased the risk of type 2 diabetes by around a quarter.

In contrast, women who started puberty older and went through the menopause later had a lower risk.

Those who went through puberty at 14 years or over had a 12 per cent lower risk than those who did so at the age of 12 or younger.

A 30 per cent reduction was seen in women who went through the menopause above the age of 52 compared to under the age of 47.

A longer duration between puberty and the menopause – 38 years compared to 31 years – decreased the risk by 34 per cent.

The findings suggests that women exposed to sex hormones over a long period of time, but later in life, are less likely to have a type 2 diabetes diagnosis.

Being breastfed cut the risk by 10 per cent, compared to those who were never breastfed, according to the researchers.

Dr Riley added: ‘While this study helps us start to understand how changing hormone levels might contribute to a woman’s risk of type 2 diabetes, it cannot point to the reasons why these connections may exist and – importantly – doesn’t prove that taking the Pill can cause the condition.’

The research was presented at the European Association for the Study of Diabetes (EASD) in Barcelona.

More people than ever have diabetes and are at risk of developing type 2 diabetes, figures show.

It’s estimated that more than five million people will have diabetes in the UK by 2025, with 3.7million currently living with the disease.

Related posts:
16/09/2019 Health News Comments Off on Contraceptive pills may raise the risk of type 2 diabetes
Categories
Recent Posts
We and our partners use cookies on this site to improve our service, perform analytics, personalize advertising, measure advertising performance, and remember website preferences.Ok