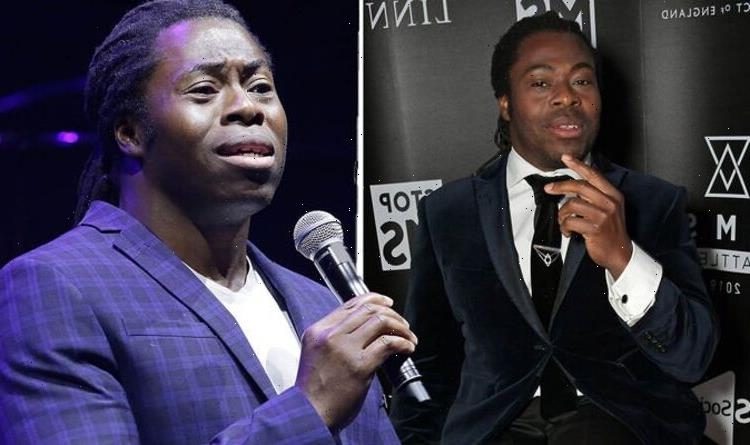 After being a part of the 2004 Summer Paralympic wheelchair basketball team that won a bronze medal, Ade has also won a gold at the Paralympic World Cup and was awarded an MBE for his services to disability sport back in 2005. Away from sport, the star is also a Rotary Polio ambassador – a charity that is working on eradicating the health condition for good. Ade has personal experience with the condition after contracting it at a mere 15 months old, resulting in the loss of his left leg and only partial use in his right.

Writing for iNews back in 2019, Ade explained more about his battle with the condition, and now why he hopes that individuals will vaccinate and protect their children against it.

Ade wrote: “When I was 15 months old, I contracted polio. As a result, I lost the use of my left leg and retained only partial use of my right leg.

“Back then, in the 1970s, vaccinations were not always readily available. That’s changed. And that change is one of the most humbling trends of human progress in my lifetime.

“We possess the ability to vaccinate every child in the world from preventable diseases like polio.

“As a polio survivor, writing these words evokes such intense feelings of emotion.”

Explaining more about his own condition, Ade featured in a campaign video for Rotary in which he said: “Polio is a horrible, terrible disease, and what it does is it causes paralysis.

“My left leg is completely paralysed and it does have a little bit of an effect on my left hand. But I consider myself one of the luckier ones.

“For every child left unvaccinated, that child stands the chance of suffering, of developing a disability or, ultimately, of dying prematurely. This isn’t something I’m prepared to live with.”

The NHS states that polio is a serious viral infection that used to be common in the UK and worldwide.

The Centres for Disease Control and Prevention explains that the numbers of “wild polio” has decreased by more than 99.9 percent worldwide since 1988 when the first Global Polio Eradication Initiative was launched.

The last evidence of wild poliovirus type 1 transmission in Nigeria was back in September 2016, leaving only two polio-endemic countries: Afghanistan and Pakistan.

However, 2019 statistics released by the NHS revealed a decrease in the coverage of vaccinations in the UK, with all 13 routine vaccinations for children under the age of five, including Measles, Mumps and Rubella (MMR), coverage is declining in England.

As there remains no cure for polio, vaccination is the only way to make sure children are fully protected from the condition.

Although most people with polio won’t have any symptoms, a small number will experience a flu-like illness three to 21 days after they have been infected.

Symptoms can include the following:

Polio can sometimes attack the nerves in the spine and base of the brain, which can lead to paralysis. This develops over several hours or days.

Similar to other viruses, you can become infected with the polio virus if you come into contact with the poo of someone with the infection, or with droplets launched into the air when they cough or sneeze.

The virus can be spread by an infected individual for about a week before any symptoms develop and until several weeks afterwards. Those who don’t have any symptoms can still pass polio on to others.

If infected and unvaccinated, treatment for polio often involves supporting bodily functions and trying to reduce the risk of long-term problems while the body fights off the infection.

This can include bed rest in hospital, painkillers, breathing support and regular stretches or exercises to prevent problems with the muscles and joints. Long-term treatment for those who may need it includes physiotherapy to help support weak limbs and occupational therapy to help individuals adapt to any difficulties.