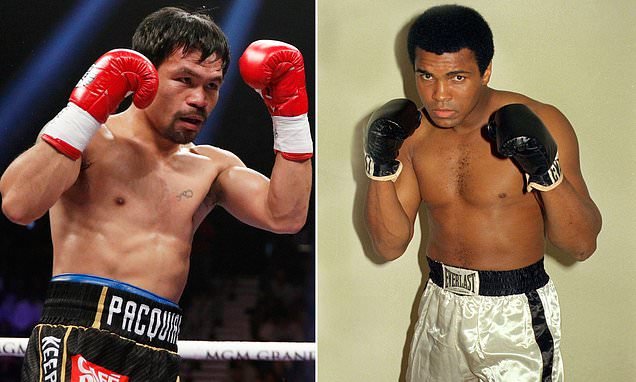 Avoiding sex does not improve athletic performance, scientists have claimed.

Muhammad Ali used to abstain from sex before his fights and players on England’s 2010 World Cup side were banned from sleeping with their wives.

But these rituals may have no scientific basis, according to a small study comparing men’s fitness after sex or no sex.

While orgasms were found to reduce blood pressure – and the better the person rated them, the more their pressure dropped – this did not affect athleticism. 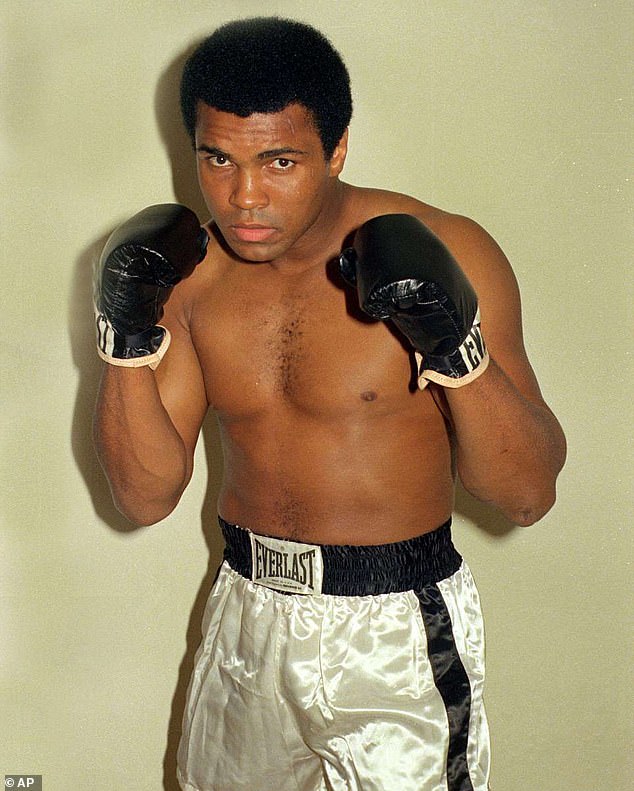 Muhammad Ali was said to avoid having sex for at least six weeks before a big fight. Other boxers including Lennox Lewis, Mike Tyson and Manny Pacquiao are believed to have followed similar rituals

Researchers led by Georgia State University tested the physical performance of eight people, one of them a woman, to work out whether sex affected them.

During the tests they had to work out to get their heart rate up to 170 beats per minute, do as many push-ups as they could, do a vertical jump and a grip strength test, and test their reaction times.

Muhammad Ali, one of the greatest boxers in history, was said to avoid sex for six weeks before a big fight.

Other fighters including Lennox Lewis, Mike Tyson and Manny Pacquiao are also believed to have endured dry spells before stepping into the ring.

And in the 2010 FIFA World Cup, England manager Fabio Capello famously told his team they must resist their wives and girlfriends and save their energy for the pitch.

But England were still knocked out in the first round after the group stage. 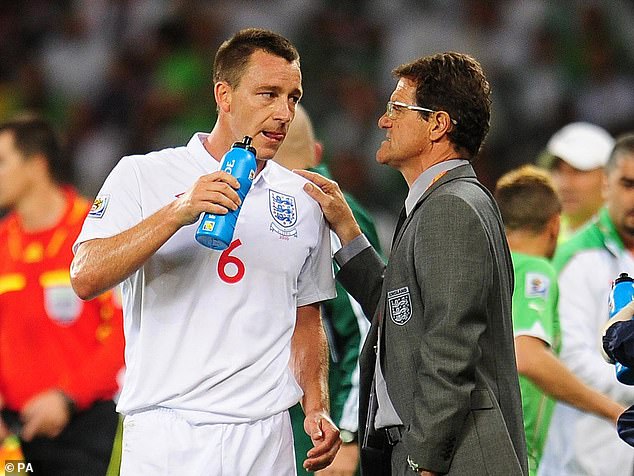 Former England manager Fabio Capello (right) reportedly banned the 2010 World Cup team (pictured left, John Terry) from having sex with their wives and girlfriends during the tournament because he believed it would affect their performance

Manchester City manager Pep Guardiola, however, has the opposite philosophy and encourages his players to be active between the sheets.

He said: ‘It’s impossible to play good football if you don’t [have] sex with your partner,’ The Telegraph reported in 2016.

‘I would never ban that. If you are doing it… better players.’

The scientific study said athletes may avoid sex in the hope of saving their strength and energy, and to help them keep a ‘game face’.

But the results, published in the journal Sexual Medicine, showed performance didn’t improve after abstinence.

Participants were heterosexual and had their heart rates measured during sex. They then filled out an orgasm rating questionnaire.

Those who said they had better orgasms were found to have lower blood pressure, but this did not translate to a change in physical performance.

The 15-minute yoga sessions were designed to use the same amount of energy as sex but not result in an orgasm.

‘Sexual intercourse on the night before a battery of physical exercise performance tests did not seem to alter performance in any of the five tests compared with the abstinence or yoga condition,’ the study said.

‘However, on the morning following sexual activity, participants with the highest total orgasm rating scores also had the lowest [blood pressure].’

HOW CAN SEX SLOW AGEING?

Having sex at least once a week slows ageing in women – even if they do not enjoy being intimate, research suggested in July 2017.

Being active between the sheets increases the length of women’s telomeres, a study found.

These ‘cap’ the end of DNA strands, with longer lengths being associated with slower ageing, longer lifespans and improved overall health.

Women’s telomeres lengthen with regular love making regardless of whether they are sexually satisfied in their relationship, the research adds.

Researchers believe sex may aid ageing in women by dampening stress and boosting their immune systems.

The scientists, from the University of California, San Francisco, analysed physical intimacy, as well as partner support or conflict, overall relationship satisfaction and stress in 129 mothers in long-term relationships.

Blood samples were taken from the study’s participants to determine their telomere length.

The study was conducted over one week.

‘Over time, these patterns of stress function should result in longer telomere length,’ PsyPost reported.

Related posts:
19/03/2019 Health News Comments Off on Abstaining from sex does NOT make you a better athlete
Categories
Recent Posts