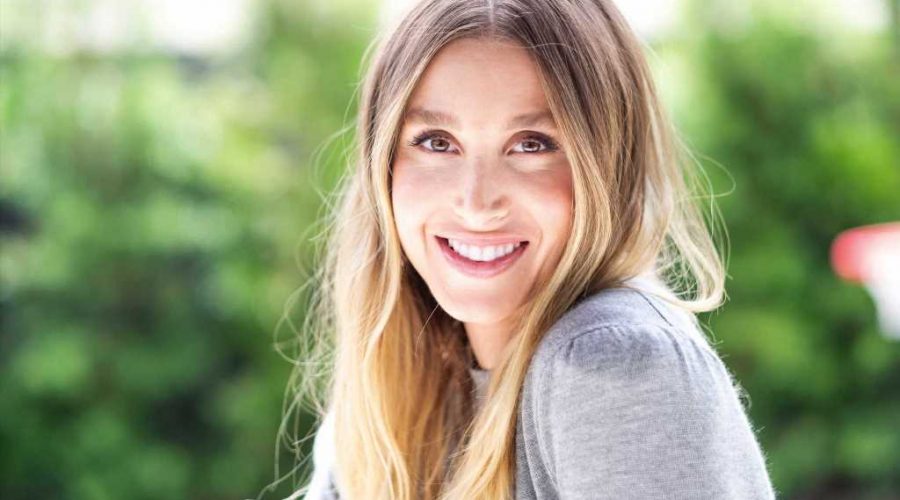 Whitney Port was just as shocked about The Hills reboot as her fans.

Not only did she not know if she would ever return to the small screen, but she “never thought” it would be as a married, mother of an almost-2-year-old. (Port’s son Sonny Sanford turns 2 next month.)

“I started on the show when I was 21. I’m 34 now. That was 13 years ago,” Port tells PEOPLE. “I didn’t think it would ever be a thing again — I didn’t think people would care. I definitely never thought I would do a reality show when I had a husband and a 2-year-old child.”

The reality star, who was in college at the time The Hills originally aired on MTV back in 2006, confesses that while she enjoyed being on the show, she worked hard to keep her private life private.

“I was always pretty private — on The Hills especially,” she says. “I was in college at the time and I was dating people that weren’t on the show or that didn’t want to be on the show … then I moved to New York and obviously I was an open book — I had a full relationship on [The Hills spin off The City] — but I have been pretty reserved about bringing my family into it.”

The Hills Are Alive! Everything You Need to Know About the New Reboot

And while the 34-year-old star, who has been married to her husband, Tim Rosenman, for four years now, admits to never being that girl who “dreamed” of becoming a mom, she did know that she always wanted to have a family.

“I wasn’t the type of person that my dream in life was to be a mom, but I did know that I always wanted kids,” she says.

But fans shouldn’t expect to see too much of Port’s son on the upcoming series as the mom reveals that Sonny won’t be booking a ton of air time on the show.

“I didn’t really make a conscious decision for him not to be on the show. It’s really more about the group and how we interact and it’s not so much about the kids, which I think is healthy and good,” she explains.

After becoming a mom, Port decided to share all she was learning about motherhood with her more than 2 million social media followers through her podcast, WITH WHIT, and via her YouTube channel.

In March, the reality star made waves on social media after posting a video on her Instagram Stories of herself crying. The tearful post, which drew questions from her fans, was followed up by a video where Port confessed to being a victim of mom shaming and told “mom bullies” to “f— off.”

“My feelings are really hurt, I just felt really bad about myself and I think that that’s something that a lot of people can probably relate to, unfortunately,” the mom says crediting her husband for inspiring her to share her experience with her fans.

“My husband pushes me to talk about these things because he is a producer so he’s always thinking about what everybody else is going through. He saw how I was feeling and said, ‘We should talk about this’ because ‘if you come out and say this, I’m sure that will help so many people.’ ”

Being a naturally private person, Port admits it was hard for her to make the post-mom shaming video and she still picks and chooses what she shares with the world on social media.

But the daily tasks of being a mom don’t stop the entrepreneur from pursuing her business dreams while also balancing the stardom of being on a hit reality series.

“We [women] are able to accomplish so much now and that’s more realistic. Sometimes people don’t know that they can do both,” Port says of balancing work and motherhood.

“I do want to have a career and I do want to make something of myself … being solely just a mom day in and day out is not enough for me. In order to feel happy, I need to be doing this kind of stuff,” Port says, admitting that she is still learning how to deal with mom guilt.

She adds, “I think it’s okay to be able to do well and I think Sonny will respect that even though I miss him and I’m sure he misses me — I think it’s better for us as a whole.”

And as a working mom, who is always on the go while taking care of an active toddler, Port has recently partnered with Avrio Health, the makers of Betadine topical antiseptic, on the First Aid Myths campaign. The goal of the campaign is to help educate parents about the proper way to manage kids’ inevitable minor cuts, scrapes, and to help prevent infection, while also debunking some common first-aid care myths.

“I got involved with them because I think they have an important message. There’s so many myths about how to take care of wounds — as a first-time mom, you don’t really know what to believe — so for me I thought it was important,” she says before explaining that the hospital-approved Betadine cream is a necessity in her “mom bag.”

“Sonny is very active and he runs around like crazy, which I think a lot of other moms can relate to. I think they want to know that they can allow all of their kids to be curious, but that they can feel confident knowing that there’s something like this that allows them to not be so paranoid,” she explains.

And when it comes to following other celebrity moms for parenting advice, Port says she reads the GOOP blogs and loves famous fellow moms like Jessica Alba. But at the end of the day, the reality star encourages women to do their own thing when it comes to parenting.

“I do whatever feels comfortable to me,” Port says. “I’m not one of those people that will believe anything I hear. Everyone always has an opinion. I think it’s important for people to really just do what feels comfortable for them.”

She adds, “Trust your gut. It’s your kid and you know your kid more than anyone.”