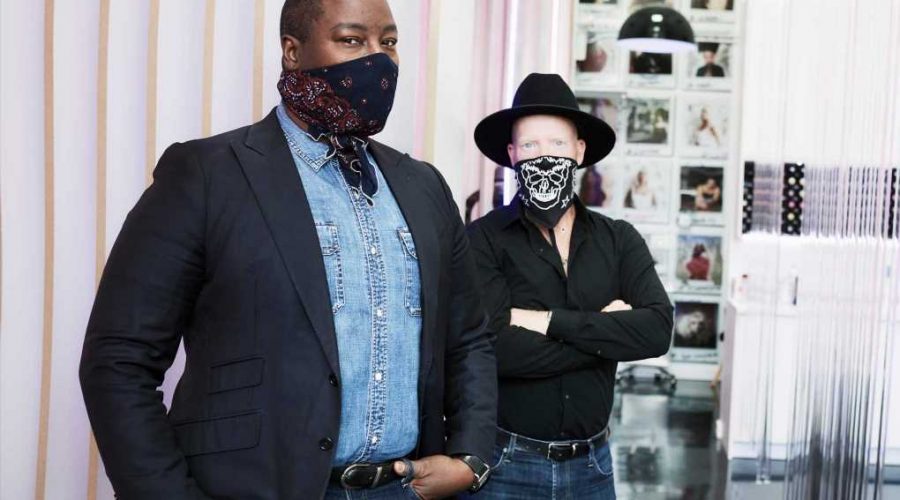 Celebrity hairstylist Ted Gibson and his husband, colorist Jason Backe — owners of Starring by Ted Gibson hair salon in Los Angeles — have launched Worth Up Alliance, a program offering mentorship and scholarships to aspiring beauty entrepreneurs. They hope to raise $300,000 by the end of the year.

The idea for the organization was sparked last year, as the beauty industry was forced to shut down due to the impact of the pandemic.

“There was really no support for us in the beauty business, especially for hairdressers, nail artists, makeup artists, aestheticians, barbers,” said Gibson. “As professionals, we didn’t have any support. We didn’t know where to go.”

Inspired to act, in the spring of 2020, they organized a Zoom meeting with around 50 well-known hairdressers from around the country.

“We talked about, ‘How can we send a positive message to the industry, all at the same time, to build them up, to let them know that they’re not alone, to let them know that we’re all in this together? What can we do collectively so that there’s an opportunity for all of us to really survive this?’” said Gibson.

The Cape Makes A Return On The Runway

“It was remarkable, because this call was supposed to be an hour, and I think it was close to three hours before we ended it,” chimed in Backe.

“We got a lot of really great responses, and after it was over, we were sort of like, ‘OK, now what?’” Backe went on.

They reached out to Lynelle Lynch, creator of Beauty Changes Lives — a nonprofit that’s been awarding more than 600 scholarships and over $3 million to both students and licensed professionals since 2013, according to the organization — and this summer, the Worth Up Alliance became a program of Beauty Changes Lives.

“We identified the three challenges that happen for would-be beauty entrepreneurs, and the number-one thing is lack of business education,” Backe explained.

They’ve created a video library showcasing interviews with successful beauty professionals sharing “their victories, failures and lessons,” he continued. “Would-be entrepreneurs can hear from people that they look up to, that have already become successful.”

The other major challenges, he noted, are lack of access to networking and capital.

“Once a salon owner becomes successful, there are lots organizations you can join and clubs you can join,” Backe said. “But in the beginning, it’s sort of like you’re on an island all by yourself.”

They’re offering mentorship opportunities and personal coaching, currently with 10 professionals — including Candy Shaw, creator of Sunlights Balayage, and Van Council of Van Michael Salon — signed on and each committed to six hours a year of mentoring.

“They’ll help them think outside of the box a little bit, help them start their business plan, help them as they’re navigating how to choose a location, to have that one-on-one opportunity,” said Backe.

Potential mentors, sponsors and those looking to get involved are invited to visit Worthupalliance.org. Donations are accepted online via fundraising platform Give Lively.