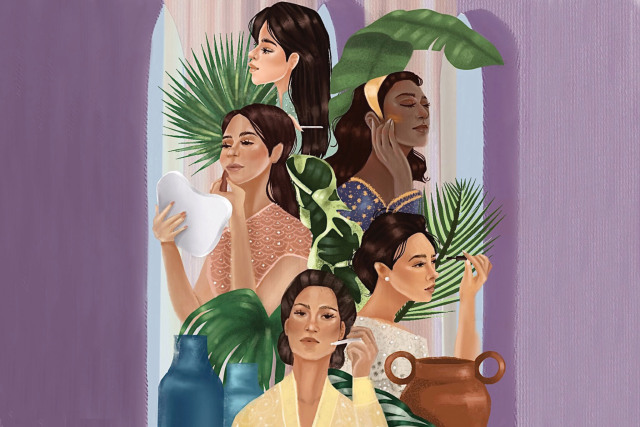 The U.S. beauty industry has yet to come close to reflecting the infinite diversity of the Asia-Pacific.

The region is home to more than four billion people and more than 50 countries, each rich with culture, language, religion, tradition, music, food, fashion, beauty and more. There is a shared interconnectedness within this region, though that hardly constitutes the monolith that Asians and Pacific Islanders are commonly misperceived to be.

“Asia is not just a blanket term,” said Sam Cheow, senior vice president of global makeup innovation for the Estée Lauder Cos. Inc.

Eurovision Song Contest: The Most Memorable Moments of All Time

“I’ve been in this business for 10 years,” Desai said. “There are not that many Indian-focused beauty lines out there.” 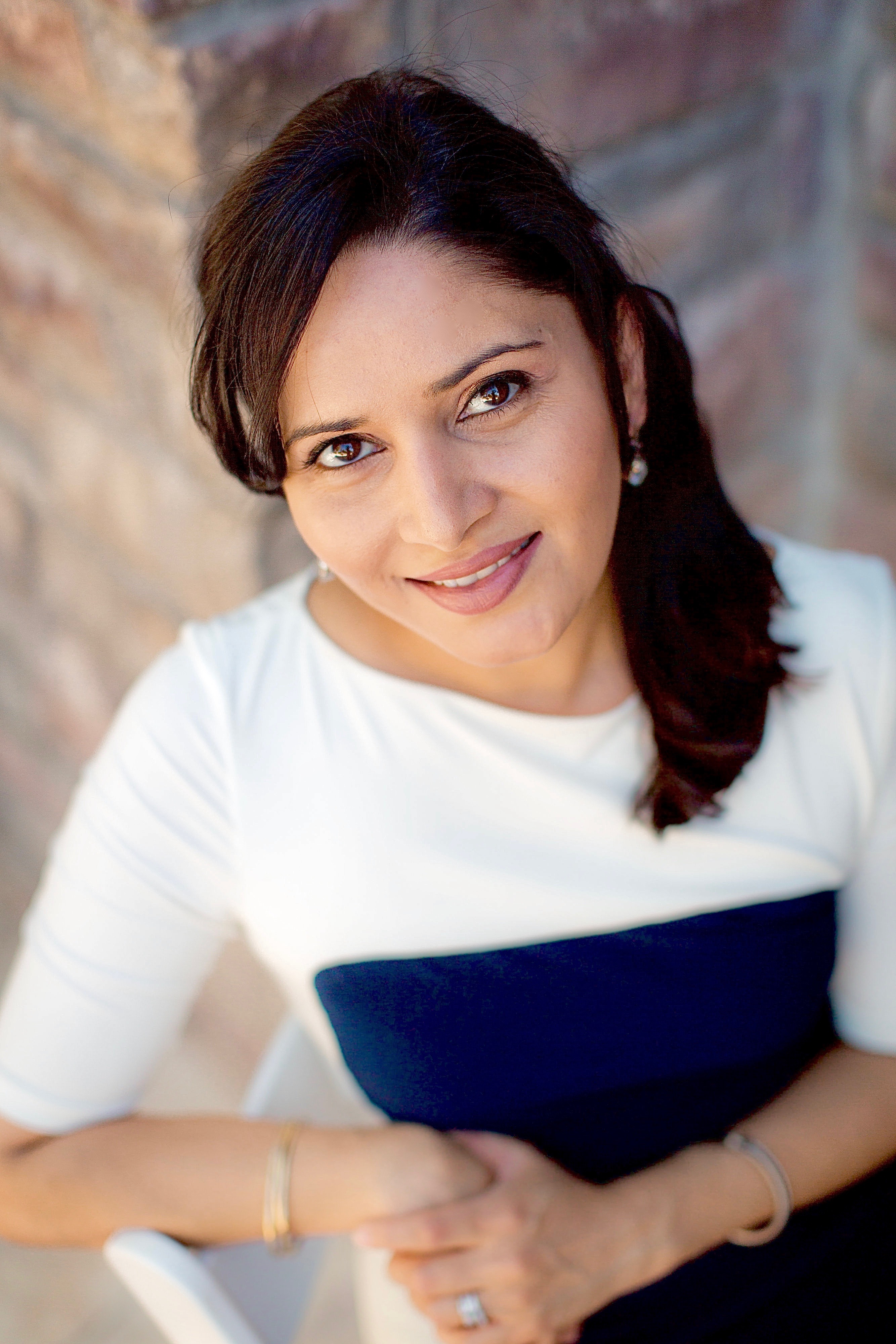 Zaaina’s business has grown nearly 700 percent since the onset of COVID-19. The company has retail partnerships with Amazon, Etsy and Costco and sells its line of more than 40 products direct-to-consumer.

Each soap is handmade in Arizona, where Desai is based. The brand is inspired by Desai’s mother, who made her own creams and soaps using ingredients, such as turmeric, that were readily available in her kitchen.

“Beauty [in India] is more about holistic living,” Desai said. “We were always paying so much attention to what kind of food we were consuming and more of a balanced lifestyle.”

Anchit Nayar, chief executive officer of Nykaa.com, a beauty e-tailer based in India, said homemade concoctions are a staple of the Indian idea of beauty. Millennials are coupling this tradition with science-proven skin care.

“The new-age skin-care savant knows his [or] her acids and ingredients,” Nayar wrote via email. “An increased interest in wellness, with solutions based on skin type, ingredient-led formulations and advanced skin-care routines are becoming popular. We are seeing a shift toward skinimalism, where more people embrace their skin’s natural texture and adopt minimalistic skin care and personalized routines.”

As India experiences a devastating surge of the COVID-19 pandemic, Nykaa.com has partnered with GiveIndia to help provide equipment to frontline workers. It has donated Rs. 75 lakhs, and is asking employees to donate a day’s worth of salary to its fundraising efforts. 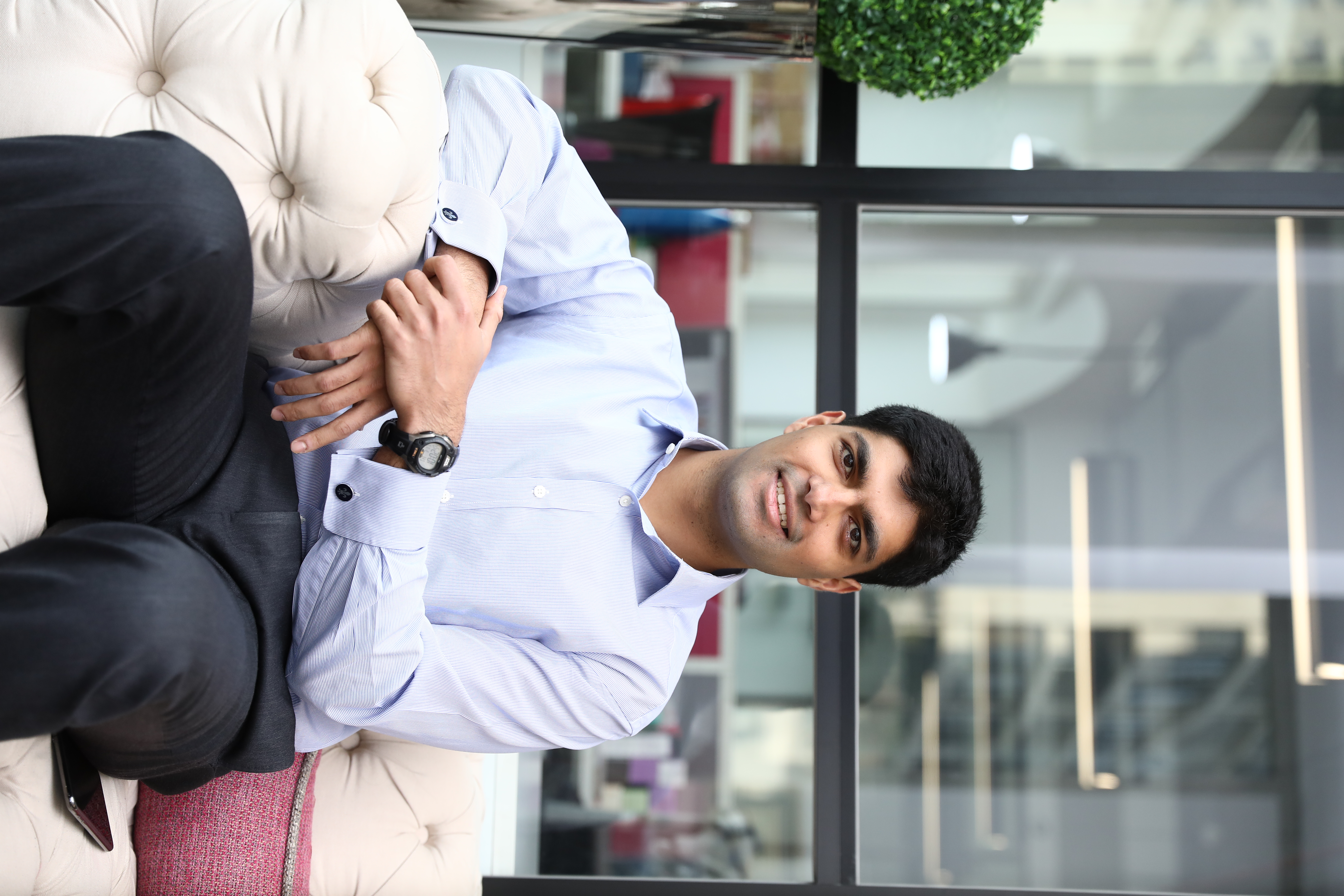 The Asia-Pacific’s beauty and personal care market is worth more than $170 billion as of 2020, according to Euromonitor. That’s more than five times what the world’s top beauty manufacturer brought in last year, according to WWD’s Top 100.

China is the fastest-growing market in the Asia-Pacific and was one of the first markets in the Asia-Pacific region to recover from the COVID-19 pandemic, according to Sharon Kwek, Mintel’s senior innovation and insights analyst for beauty and personal care.

Outside of “innovation powerhouses” like China, Japan and South Korea, Kwek named Indonesia and Thailand as “emerging markets” with “huge potential.”

“Indonesia is definitely one to watch because of their rising middle class, having their own rich, local resources,” said Kwek, who is based in Singapore. “Consumers [are] becoming increasingly educated [and] financially independent — that gives them more spending power. Also, the whole e-commerce space, the market penetration rate is pretty fast and high-accelerating. The cost of data is a lot more affordable. Also the digital growth — social commerce, e-commerce, we are already seeing that happening.” 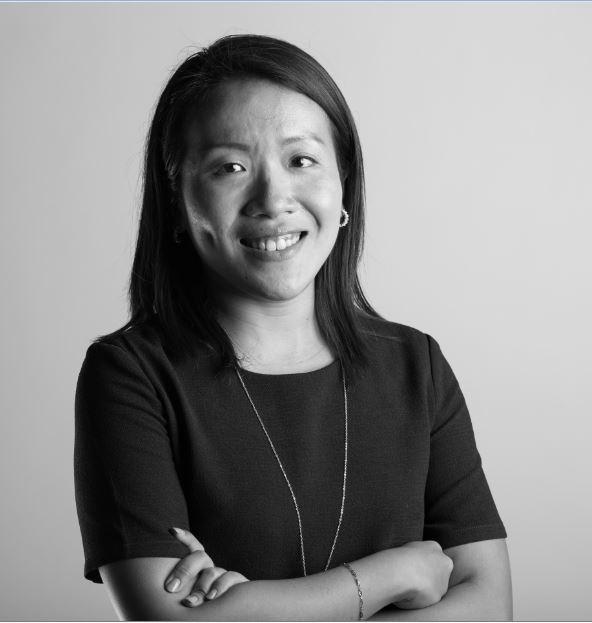 Thailand’s middle class underwent a growth period “a few years before Indonesia,” Kwek said. Thailand was particularly quick to pick up on global beauty trends and localize them.

“They still have their overall trend and outlook, but in a more localized way that will be more well-received by their own local consumers,” Kwek said.

“Every market has their own cultural values and practices, and their own rituals,” Kwek said. “It magnifies the beauty of the entire Asian beauty market.”

Across the Asia-Pacific, beauty and wellness are merging, as they are in the U.S. and Western countries, to create a modern approach to total wellness.

In Malaysia, where influencer Jane Lau is based, mental wellness is “still taboo to speak about,” she said.

“It’s getting there, but it’s not as big as in the U.S.,” Lau said. “It’s not as big as body health. Some people really need help, so I’ve been working a lot with doctors, trying to figure out how we can actually spread more awareness.” 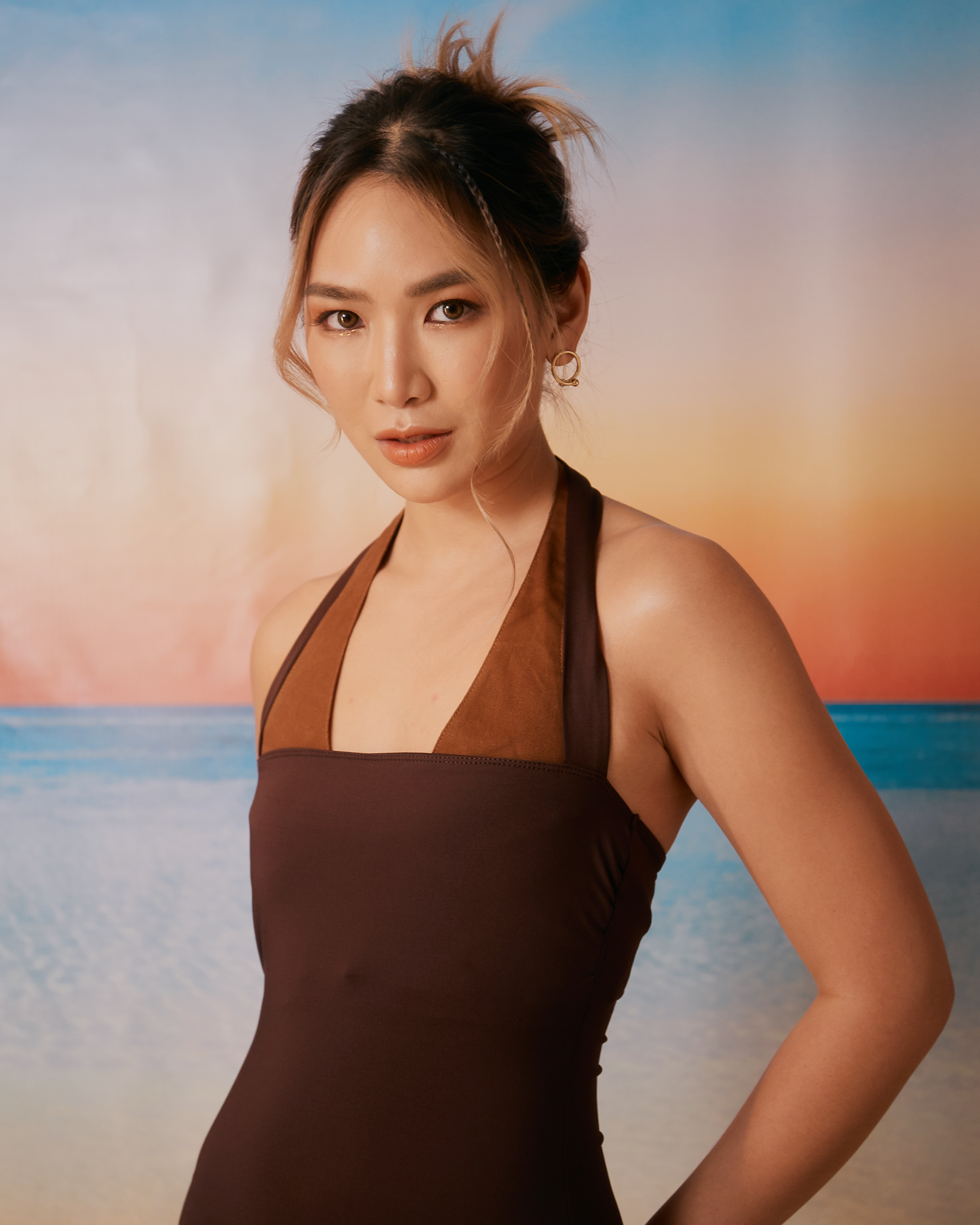 Lau aims to raise mental health awareness through Chuck’s, the beauty brand she founded in 2019. Chuck’s launched with a single product: a moisturizing honey face mask called Self Love that retails as part of a trio bundle for $65 on Chuck’s website. Self Love is Chuck’s bestselling product.

“Instead of just selling a product, I want [customers] to actually feel good about themselves,” Lau said. “The next product was Glow On [a brightening mask with peony] and the third was Chuck It [a purifying mask featuring kale]. Besides focusing on skin care, I focus a lot on mental wellness, personal issues and mental health issues.”

Lau is interested in taking Chuck’s international via retail partnerships, but has so far found it difficult to do so during the pandemic. Malaysia was on lockdown when Lay spoke to WWD via Zoom.

“We do ship internationally, [it’s] just that the shipping fee is expensive,” Lau said. “[Chuck’s is] a small business, and I don’t have a big volume of orders. Product-wise, I’m not going to launch a lot of products. I believe in simple skin care. I didn’t launch everything [at once]. I started with sheet masks and I came out with a cream and then sunscreen, and I’m now working on a new product, which is probably going to launch in September.”

Mary Jane Ong, CEO of Philippines-based brand Pili Ani, which was founded by Ong’s mother, said Pili Ani aims to popularize pili and elemi oils, which come from plants native to the Philippines.

“When we say Philippines, we want people to know that’s where pili and elemi oils come from,” Ong said. “That’s something that we want to make a dent on in the beauty industry, and that’s why we’re inspired to do the work that we do — because we want to represent the Philippines.”

Pili Ani’s Ageless Concentrate, which retails for $32 for 15 ml., is its bestselling product. It features pili oil, for antiaging and moisturizing, and elemi oil, for firming and smoothing. 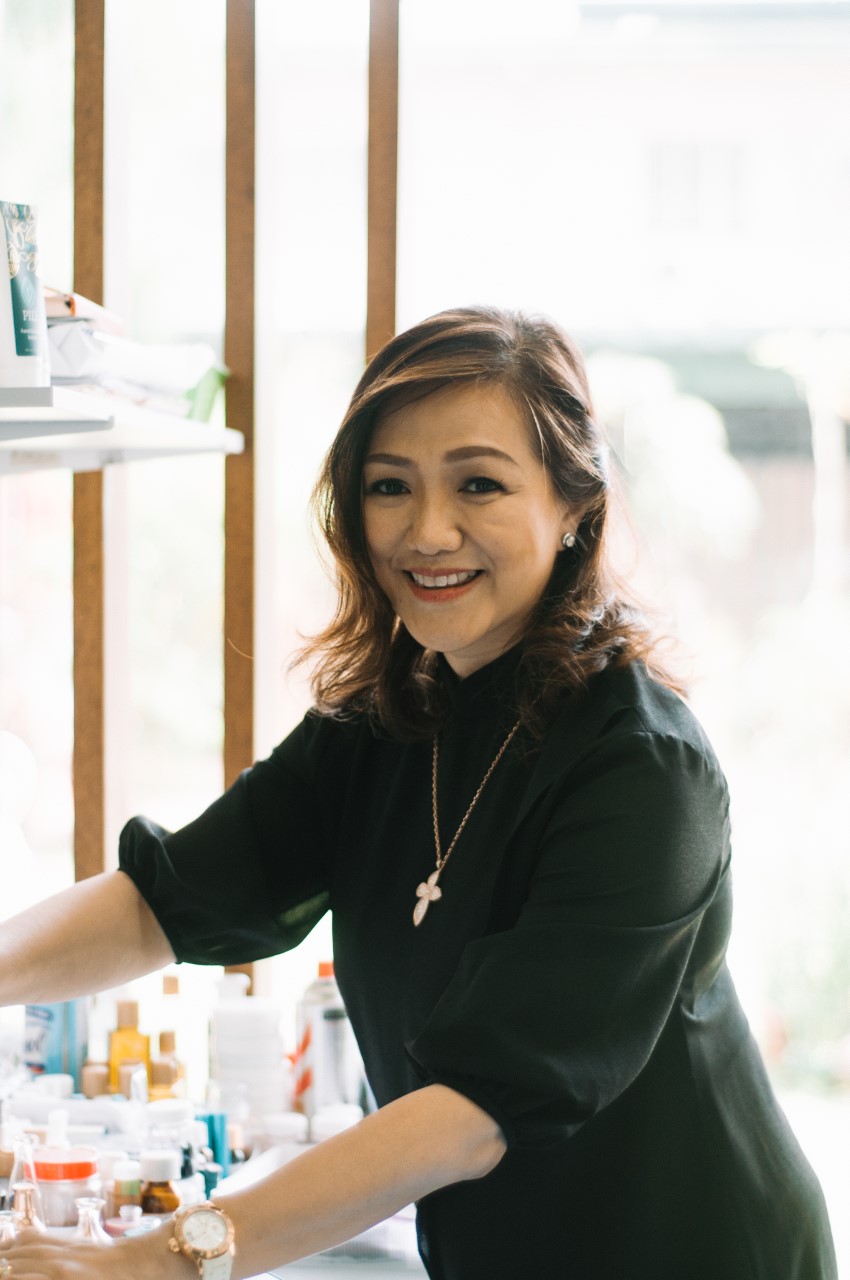 Last year, Pili Ani took a hit to its business as a result of the pandemic. The company is now taking measures to build up a U.S. audience. Earlier this year, it was featured on HSN.

Hanna Felipe, Pili Ani’s marketing manager, noted that while the company is proud of its Filipino heritage, it is aware of colonial beauty standards stemming from Spain’s 400-year rule over the archipelago.

“The Philippines has been conquered by Spain for 400 years, so we cannot remove that aspiring for that biracial look. We call it the mestiza look,” Felipe said. “There’s also people who are embracing their brown skin. We have been a hodgepodge of cultures throughout the centuries.”

The desire for fair skin, and the pursuit of it through skin-lightening practices, came up organically in each phone interview WWD Beauty Inc conducted for this article. As Felipe mentioned, colonization is often at the root of colorism within Asian cultures, though there are other factors at play, too.

Last year, Unilever changed the name of its Fair & Lovely products, which are sold across Asia and used for skin-lightening purposes, to Glow & Lovely. The name change, which came in the midst of a global reckoning on race, was widely covered, but consumers were quick to both decode the updated marketing lingo and point out that changing what’s on the bottle is not the same as changing what’s inside of it.

“In some Asian countries, having fair skin is associated with a life comfortably spent inside a home, away from the sun, not having to work,” Cheow of Estée Lauder said. “It signifies that you’re either wealthy or rich, and you don’t have to work. That is not true, at all.

“People do stereotype one another based on the color of one’s skin, no different from other parts of the world that we’ve seen recently,” he continued.

Colorism, Lau said, is often perpetuated by the media via TV shows and films that cast actors who have a lighter complexion or more Eurocentric features, much like the mestizas Felipe referred to.

“In Malaysia, we all have different skin colors,” Lau said. “Whitening products are always the bestselling. There are still people who want to look fairer. Slowly, I think people are starting to accept that every skin color is beautiful.

“It’s hard to educate everyone because [in] rural areas, [people] have televisions and whatever they see on the TV — an actress who is fair — they will go for that,” she continued. “They are not too exposed to social media.”

Beauty companies, especially Western companies, exploit colorism via their own advertising, featuring white or fair-skinned women on products marketed toward women of color. These practices are often strategic: The skin-lightening industry is incredibly lucrative, projected to surpass $12 billion by 2027, according to Global Industry Analysts.

However, these practices perpetuate a global whitewashing and misperception that proximity to whiteness is the ultimate beauty standard. 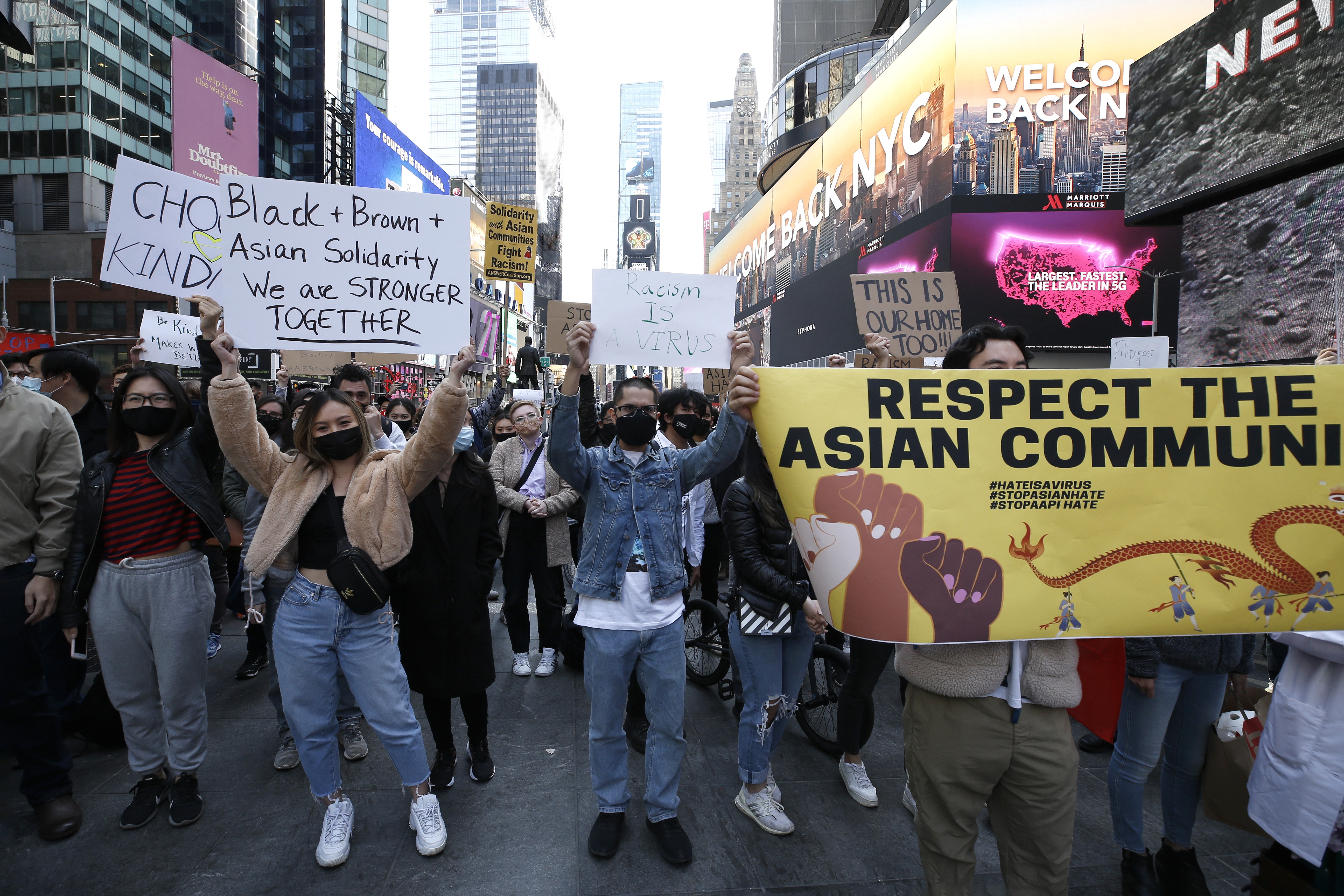 People participate at a rally in Times Square to empower and uplift the Asian community and spread awareness about racism towards Asian people in America. John Lamparski/NurPhoto/AP

In America specifically, Asian people are often subject to what is known as the “model minority” myth — that Asian Americans “are hardworking overachievers who have made it to the highest level of success,” said Cheow.

“It is assumed that Asians don’t need any help, don’t require any further examination of how they’re raised,” he said. “It’s important to understand that by grouping all Asian Americans together and assuming all of them will do well, you end up ignoring people who might not fit into that group.”

“In the beauty world, we have to take more of an active role to debunk that ‘model minority’ myth,” he continued. “The color of our skin often shapes a big part of our identity.”

Specificity when speaking about Asia-Pacific is needed to help beauty companies become more inclusive of the region and better serve a particular customer base.

“What do you mean [by] Asia? Are you referring to Northeast Asia, South Asia or Southeast Asia? There are different needs [in each],” Cheow said, noting that climate is often a factor companies overlook in their formulas.

“The first thing corporate America can do to make progress is to recognize that we need to be specific,” Cheow said. “It’s toward a positive direction to educate the beauty industry. Companies can play a role in helping employees to unlearn stereotypes. It’s more of an education to ensure that there is a lot of diversity and equity training to talk about the different experiences of Asian-heritage Americans.”

Related posts:
21/05/2021 Beauty & Balance Comments Off on America’s Beauty Industry Should Recognize the Diversity of the Asia-Pacific
Categories
Recent Posts