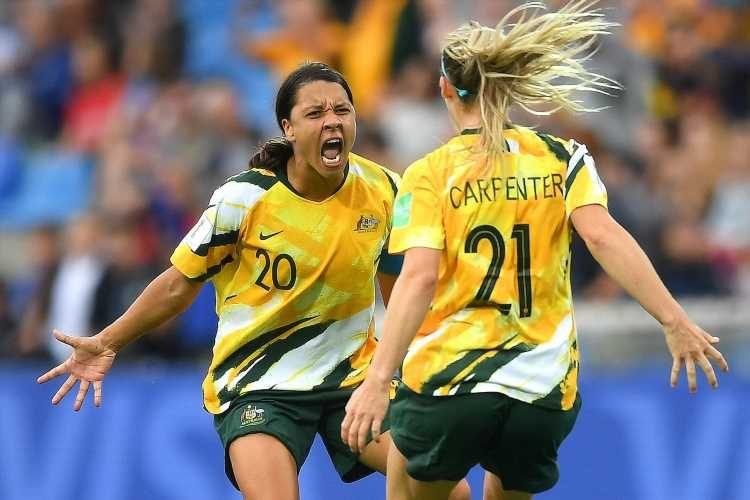 The Matildas have pulled off an incredible come-from-behind win over Brazil in the Women’s World Cup and captain Sam Kerr says the victory is the ultimate clap back to the critics.

“I’m so proud of the girls, I knew we were in it at half-time,” the star forward said in an electric post-match television interview.

“There was a lot of critics talking about us but we’re back so suck on that one! It’s just outside noise, we don’t listen to the haters. The reaction from the girls, you can see what it means to us. We were so disappointed after the first game.”

Expectations on the team were heavy following a shock loss to Italy in the first round and qualification hopes appeared dead.

After trailing 2-0 early on in the match, Caitlin Foord pulled one back before Chloe Logarzo netted the equaliser. A controversial own goal by Brazilian centre back Monica late in the match sealed the deal for the Aussie.

The win leaves Australia in a better position to make it to the next stage ahead of a final group match against Jamaica.

Discover what the Women’s Health initiative WinS is and how you can get involved here. While you’re at it, Australia are bidding to host the FIFA Women’s World Cup 2023. #GetOnside and sign up to show your support for the Bid.