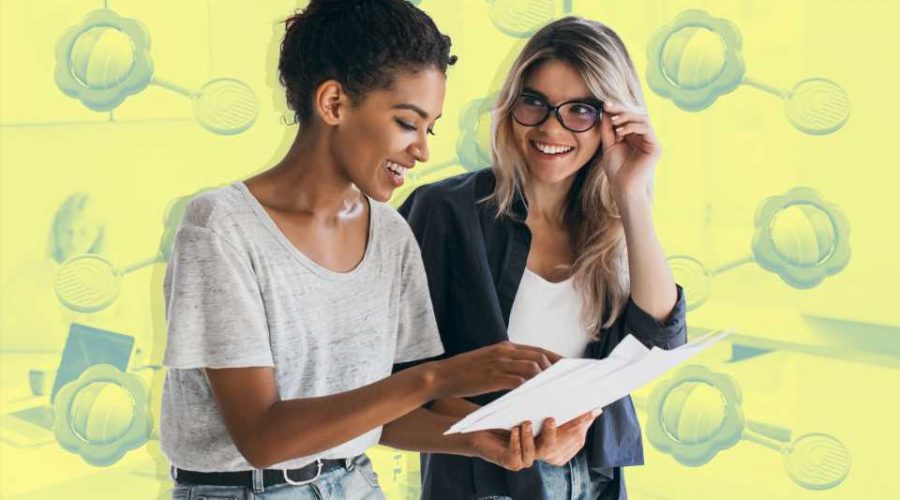 This is what people will tell you about deciding to have kids:

It’s the best thing you’ll ever do.

Just don’t do it.

There’s no good time so you have to jump.

If you’re not sure, it’s not for you.

And, to those who don’t want them: You’ll change your mind.

But even with the endless stream of advice so often hurled at the partnered and childless, I was still skeptical when I found out there was such a thing as motherhood clarity coaches. Ann Davidman started working with women who weren’t sure or not if they wanted children 25 years ago, and now runs an online course, both private and one-on-one, for women who aren’t sure.

I rolled my eyes, saying out loud, “Well if you have to pay someone at least $300 to figure it out, maybe you don’t want kids!”

Unlike the women in the course, however, I have always known. I am childless and unmarried, but when my boyfriend and I started dating I began our “let’s be exclusive” chat by telling him I want kids and I want to get married. It didn’t have to be with him, but that is the end goal, and if he wasn’t on board, we had to go our separate ways. I never related to people when they described that lightning bolt moment of knowing their sexuality. I knew I was supposed to be attracted to boys because women grew up and married boys. The fact that I stopped playing at heterosexuality in elementary school and developed real, burning crushes on boys in adolescence feels as much a coincidence as anything else. But I always wanted to be a mom. To say  I “knew” almost seems wrong. It feels like saying I always knew I had brown eyes. I didn’t know it, I just was it. Or will be it, or however you want to describe it.

Which is to say, I got on the one with Davidman thinking of this service as some kind of vanity service for millennials who need a coach for everything, maybe the kinds of people who have paid for a wedding hashtag or later for a baby-naming service. A group class is as much as $357, the rates for private coaching isn’t even listed on the website. Davidman knows that there are plenty of women like me out there, and, she says, they won’t find her. There are plenty of my counterparts, too: women who have always known, in the same fundamental way, that they were never meant to have children. None of us will be attempting to google themselves to an answer, reading through many internet versions of the same kinds of advice: Just do it, or just don’t do it. 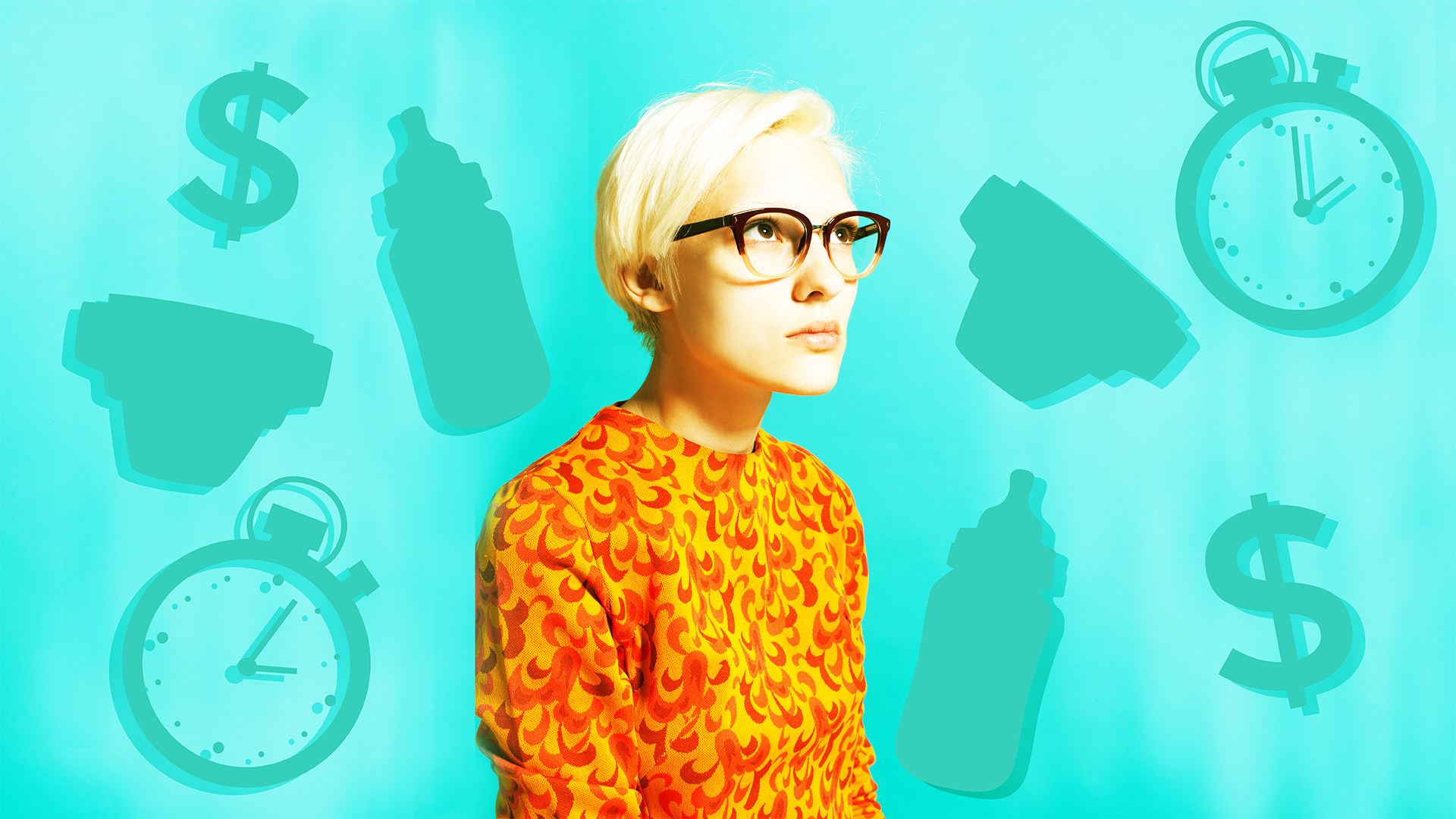 But, as Davidman tells me, her course is not about seeking external advice. It’s about looking inward.

“Most people get stuck in a gridlock because they try to figure out what they want and what they’re going to do at the same time,” she tells me. Her coaching is more focused on self-exploration, and delving into what she terms “unconscious recordings,” the kinds of things we build our lives around and aren’t aware of. By examining and unpacking them, and looking at things like the impact of families of origin, religion, and society, the course aims to leave women with a much deeper understanding of themselves and their own desires. Davidman also says she goes in with no agenda and that is is often surprised where people wind up after the four months is over.

The coaching is so focused on inward desire, not external factors, that Davidman also instructs people to not talk to their partners, if they have them, and does not take into consideration factors like money and health. I balked at this when I read it on her website: aren’t those some pretty important things to consider? But Davidman’s explanation makes sense. The course isn’t as much about what you will do as what you want to do. The coaching isn’t about weighing pros and cons (fulfillment vs freedom to travel!) as much as it is looking inward at yourself.

While I have felt perhaps a bit smug about my razor-sharp clarity around motherhood, all the reasons Davidman gives me for being unclear make sense: families of origin that caused trauma, families of origin who expect babies, a society that assumes you will breed, a sense of doom about the future generally, a partner who challenges your decision. Davidman ticks off these examples and more with a kind of effortless ease; they feel at once specific and generalized. While Davidman does not, of course, discuss specific clients, the quickness with which she responds to the hypotheticals I throw at her lets me know she’s seen it all.

But it wasn’t until I asked one hypothetical that I think I really got it.

Do people go through the course, realize they want children, and decide they won’t have them?

Yes, Davidman tells me. Maybe they realize, in their 50s, they actually did want to be moms at this point, but it’s too late for them. (Davidman also tells me that she has no agenda here and doesn’t think there is anything wrong with also deciding to be a mom in your 50s). Maybe they realize they do want children, but not with the partner they have. Clients have ended relationships with the clarity they have gained over the course of the program. Maybe they will decide that they would want kids, but if their partner doesn’t, they would still choose to stay with their partner and remain childless. Or maybe they will realize they do want kids with a partner, but not with their current partner, and that they may break up with their partner even though there are no guarantees of meeting someone new.

“No matter what choice anyone makes, there is loss,” Davidman tells me. “There’s always something to face.”

So often the question of whether or not someone decides to become a mother is discussed as if it hinges purely on their desire. Maybe this is because the default for married women is the assumption that they will have children. Maybe it is because, despite how much the U.S. still lags behind the rest of the developed world in maternal health, we can still, generally speaking, expect healthy pregnancies and babies and children at rates that would have astounded our ancestors just a century or so ago. Maybe it’s life in late capitalism, and we are all docile consumers who believe we can find a way to access whatever it is we want.

At the same time, women are typically asked to weigh practical concerns like childcare costs and housing when deciding to have kids. But, so often, rather than helping, it simply muddies the waters. Those considerations are important but, at the end of the day, it cant hinge on external factors. After all, there are plenty of wealthy, healthy people who opt not to have children, and people who “shouldn’t,” based purely on external factors valued by society, who go on to be wonderful parents. And, of course, the reverse is true: people who tick all the boxes and find themselves dissatisfied with parenthood, and so many other kinds of parents and non-parents in between.

For so long, my desire to have children has made it feel like an eventuality. And I do believe that my conviction would lead me to pursue having children in ways that more ambivalent women may not. Before I met my boyfriend, I even thought that the chance of my having a partner was lower than my chances of having a child: finding a person to marry is a crapshoot, but I knew that if I was single in my mid to late 30s I would seek motherhood on my own. Even knowing that, though, life is uncertain. No one is promised a child. Even though Davidman’s course is not for women like me, it also helped me imagine a future in which I could know I had wanted to become a mom, wasn’t a mom, and was fine. My knowing I wanted to be a mom is being aware of my desire, which is strong, but ultimately not the same as a decision. It is simply a kind of clarity that every woman, whatever they wind up doing, deserves to have.

Related posts:
30/08/2019 Kids Health Comments Off on Would You Pay A Motherhood Clarity Coach To Help You Decide If You Want Kids?
Categories
Recent Posts
We and our partners use cookies on this site to improve our service, perform analytics, personalize advertising, measure advertising performance, and remember website preferences.Ok