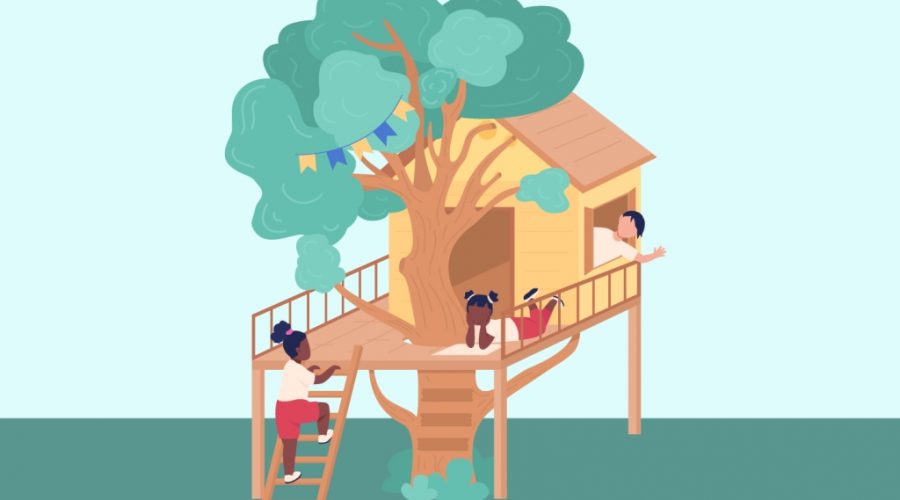 For more than a decade, Dana Bierley began most weekdays fighting to get her daughter and son out the door for school. Both children have anxiety, depression, and sensory issues, so just being in the classroom — the constant noise, the onslaught of smells, the frequent disruptions — was difficult. They repeatedly complained of feeling overwhelmed and exhausted. Dana saw they were losing their love of learning.

So like many parents in her shoes, the Huntsville, Alabama mom began allowing her kids to take a day off every now and then to recharge. But that decision wasn’t always cut and dry. “It was mental misery,” Bierley tells SheKnows. But she believes that prioritizing their emotional well-being was worth her second-guessing and nagging guilt. “Ultimately,” she says, “you’re trying to teach your child that when they come to you for help, you’re going to listen to them.”

Bierley isn’t the only parent who recognizes the value of giving kids a day off to mentally decompress. The topic has been gaining momentum in statehouses and school districts across the country over the past few years. Lawmakers in Arizona, Colorado, Connecticut, Illinois, Maine, Nevada, Oregon, Utah, and Virginia have already passed or expanded upon laws that allow students to miss school for mental health reasons. Similar bills are being considered in a handful of other states like Iowa, Kentucky, and Michigan.

At the same time, school districts around the country have rolled out a slew of programs aimed at supporting students’ emotional and mental well-being, which often includes designating a mental health day or letting them take a break when they need it.

North Carolina’s Chapel Hill-Carrboro District, for example, will be integrating “Mindful Mondays” and “Wellness Wednesdays” into its schedule starting next year, and will also offer kids a longer Thanksgiving break and an extra day off in February.

New York’s Canastota Central School District hired a new social worker for grades 7-1 and a new guidance counselor for grades 4 to 6. It also designated a point person to oversee social-emotional learning in all grades.

And in the Jordan School District, in Utah, there are new “wellness rooms” in schools. If a child is stressed and needs a break during the school day, they can go to this space for 10 minutes and calm down. “We’ve seen students be able to, first, identify their emotions at a low level, and then be able to have a place to come practice their emotion management and then get right back to work,” Shauna Worthington, the principal of Oquirrh Elementary School, told Fox13. The room is already making a difference: in the first 90 days, after the wellness rooms were introduced, Worthington said the school’s office referrals for significant behavior dropped by 40 percent.

“The rates of suicide and mental health concerns among kids have been steadily rising since 2010.”

Such initiatives come at a critical time for children in the U.S. The rates of suicide and mental health concerns among kids have been steadily rising since 2010 — according to the Centers for Disease Control and Prevention, in 2018, suicide was the second leading cause of death for children and young adults ages 10 to 24.

And the pandemic has worsened this crisis. According to a May 2020 Gallup poll, 29 percent of parents said their child’s mental or emotional health was already harmed because of social distancing and school closures. While in an October 2020 national survey conducted by the JED Foundation, a nonprofit that aims to prevent suicide among teens and young adults, 31 percent of parents said their kid’s mental or emotional health was worse than it was before the pandemic. And the American Academy of Pediatrics (AAP), the American Academy of Child and Adolescent Psychiatry, and the Children’s Hospital Association have declared children’s mental health a “national emergency.”

In light of all of this, offering an approved mental health day might seem like bringing a garden hose to a raging inferno. After all, does hitting the pause button for a day or two really turn things around for children? On its own, perhaps not. More meaningful steps are needed to help support children’s mental health.

“This is not a quick fix answer,” Dr. Carol Weitzman, the director of the Autism Spectrum
Center at Boston’s Children’s Hospital, a member of the Division of Developmental Medicine at Boston Children’s Hospital, and a spokesperson for the American Academy of Pediatrics, tells SheKnows. “We need to develop long and enduring strategies that quite honestly transform the climate of schools.”

Changing the Conversation Around Mental Health

Such work is underway at some school districts, where these excused absences — and other creative measures — are helping students. Take, for example, Hilliard City School District in Franklin County, Ohio.

Like the rest of the nation, many of the 16,800 students in the district have been struggling. For several years, there have been multiple child and adult suicides, and an increasing number of kids were grappling with mental health issues even before the pandemic hit.

To help address the situation, four years ago, concerned administrators hired Michael Abraham to be the district’s first-ever “Director of Student Well-Being.” Abraham knew he and his team of social workers and counselors had their work cut out for him. “This is the most anxious group of kids to come through our schools — ever,” he tells SheKnows. “And a lot of that has to do with what’s going on in the world.”

Months before he started the job, Abraham went around asking students what the district could do to better meet their needs. “What I heard routinely was, better communication,” he tells SheKnows. “Teachers don’t talk about mental health, they don’t talk about suicide. In fact, when they do, they lower their voices, because it’s kind of taboo.”

Changing the culture around mental health takes time — especially in the middle of a pandemic — and Abraham and his team are taking a multi-pronged approach. A few years ago, they introduced the Hope Squad, a group of middle and high schoolers who are trained to look for signs of suicide and connect their fellow students with help. Abraham also partnered with local counseling agencies to get Hilliard kids the help they need more quickly. Twice a year he and his team offer daylong training sessions, which more than 1,000 parents attend. The curriculum is now infused with elements of social-emotional learning.

And in 2019, Hilliard began allowing students to take mental health days. Appropriately labeling the time off serves a few purposes: It reinforces the message to children that taking time off to care for mental health is valid, it allows Abraham and his team to spot the kids who are struggling and to direct care their way, and helps broaden how everyone talks about mental health. “I knew a lot of these kids [who were calling in sick] were struggling with mental health issues,” he says. “So for me, it was like, let’s call it what it is.”

What Parents Should Consider

Experts agree that normalizing the conversation around mental health, including mental health days, is vital. “It leads to more understanding, more empathy, and more willingness to seek help, which is so important,” Barb Solish, the director of youth and young adult initiatives at the National Alliance on Mental Illness, tells SheKnows. “While not everybody has a mental health condition, everyone does have mental health, and they deserve to take care of themselves.”

Your child may tell you when they need a day off to destress. Or, you can look for signs that it’s time to pump the brakes. These can include new sleeping or eating habits or changes in school performance. (Talk to your pediatrician or other health care professional if you notice your child is having difficulty with routine tasks, is using substances, experiencing changes in behavior, or having excessive anxiety, depression, or prolonged stress.)

Before you give the green light on a mental health day, there are some things to consider, says Weitzman. First, you’ll want to make sure the day off is being used appropriately. Is your child using it to relieve distress or avoid something stressful, like a big test? Are they asking for a day off frequently or only when needed? You’ll also need to think about the logistics involved in keeping your child home. Who will watch them, and will the absence from school put more burden and stress on the family?

Also important to think about is how your child will spend their mental health day. Weitzman suggests activities that promote resilience, optimism, and self-care. That could be going for a hike together outdoors, cooking healthy food from scratch, reading a good book, or participating in a hobby that makes them feel like they have some meaning in life.

For Bierley and her children, that meant building in plenty of quiet moments to connect. She and her daughter, for example, take leisurely drives and listen to podcasts together. As they meander through bucolic backroads, they like to look for hawks and crows circling the sky and visit the horses and goats on nearby farms. “We just listen to each other,” she says. “That’s our rhythm.”

These celebrity parents got super honest with their kids about racism.